Selena, Resurrected Via Hologram, Is Slated to Kick Off a 2018 Tour

By Laura Entis April 9, 2015
Opinions expressed by Entrepreneur contributors are their own.

The technology of the future is bringing back the past.

Yesterday, news broke that Selena Quintanilla, the late, great queen of Tejano music, will be exhumed via hologram.

As announced on Selena's official Facebook page, her "walking, talking, singing, and dancing, digital embodiment…will release new songs and videos [and] will collaborate with current hit artists" with a tour planned for 2018.

In collaboration with her family, Acrovirt LLC, a Nevada tech company, will power the hologram, dubbed "Selena The One," Billboard confirmed after reaching out to Suzette, Selena's sister. To fund the project, Acrovirt hopes to raise $500,000 through an Indiegogo campaign launching April 16. (For a detailed look at the high costs involved in "bringing back the dead," check out our article on the tumultuous celebrity hologram industry.)

The announcement is something of an about face for the family. In 2014, Selena's father met with San Diego's AV Concepts -- the company behind the Tupac hologram, which performed at Coachella 2012 -- but was reportedly disheartened by the high costs. Meanwhile, her brother had quality concerns, telling the Associated Press: “She looked like a ghost. The image was not well defined."

Such skepticism appears to have been put to rest. "By no means is this something that's creepy or weird," Selena's sister Suzette told Billboard. "We think it's something amazing. A lot of the new fans that did not get to experience what Selena was about hopefully will be able to get a sense of her with this new technology that's going to be coming out."

For now, it's unclear where Selena's "new songs" are unreleased recordings, or will be sung by someone else; what is clear, however, is that we've entered an age where celebrities can perform from beyond the grave. 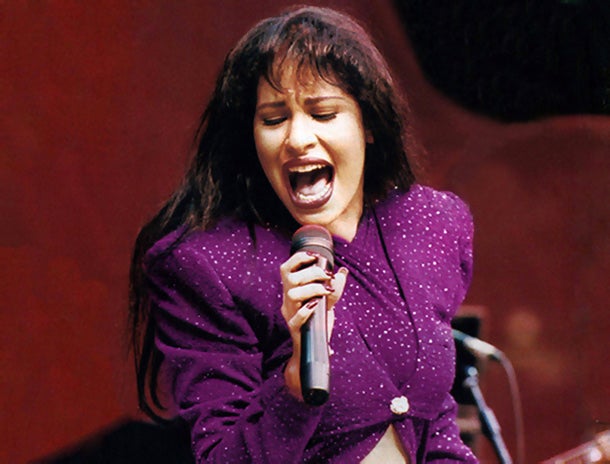 Michael Jackson has done it. So has Tupac and Eazy-E and Ol' Dirty Bastard. (Not to mention straight-up hologram celebrities, another category entirely.)

Stephen Rosenbaum, the visual effects supervisor for the Billboard Awards where the King of Pop posthumously moonwalked in 2014, recently told Entrepreneur.com that he can envision a near future where holograms are incorporated into daily life; there will be more hologram celebrities, yes, but also hologram versions of our deceased loved ones.

"People don’t realize how fast technology is moving," Selena's sister told Billboard. "This is something that we’re building for another two to three years, so when 2018 comes around they’ll be like, ‘Oh, OK, we get it.'"