One day in January 2014, Violet Alexandre headed out for a run with her baby boy bundled into a jogging stroller. Trekking along a popular Boulder, Colo., trail that heads into a shaded canyon, she slipped and fell hard on black ice. Attached by a safety strap, Alexandre was dragged as both baby and stroller plunged toward the icy stream below. She was able to stop the descent just in time.

“I was very banged up and very shaken up,” she says, recalling that she texted her husband, Sharif, to tell him what had happened and that she would head home. In a panic, Sharif called back. When she didn’t answer right away, his distress worsened.

“When you’re in that emotional situation, every second, every ring just takes so long,” he says. “‘Why isn’t it going through?’ ‘Why isn’t she picking up?’”

After Alexandre hobbled home and her husband arrived to see that she and their son were OK, the couple put their heads together to make sure that kind of miscommunication never happened between them again. “I wanted to build the app that I wished Violet had when that accident happened,” Sharif says.

When it comes to making the most of entrepreneurial “eureka” moments, the Alexandres are in good company. According to research by the Ewing Marion Kauffman Foundation, 46.6 percent of startups launched in the U.S. that are still in business after five years are founded by “user entrepreneurs.” That’s a term E.J. Reedy, the foundation’s director of research and policy, uses to describe people who set out as their product’s first customers, motivated to develop solutions to personal or professional dilemmas they are facing.

Violet’s fall was the Alexandres’ calling. The pair took advantage of his IT expertise as a consultant to software companies and her decade of experience in sales and marketing, and set out to develop RunSafe, a safety-focused mobile fitness app. Their app would not only track a user’s speed and distance, it would also feature a panic button that would alert a friend, family member or running partner that something was wrong and provide the user’s exact location.

After testing their app throughout the summer, the Alexandres released it in Apple’s App Store in October 2014 as a free subscription service. (A premium version sells for $4.99 per month.) Since then, it has gradually gained popularity, garnering some 20,000 users. Now the couple has been accepted into Boomtown Boulder, a 12-week accelerator that gave them a $20,000 investment. They plan to expand RunSafe into a larger platform, Fabriq, which they’re pitching as a “safety as a service” interface plug-in that will allow a variety of tracking apps to share one emergency protocol.

In 2012 Lex Friedman was working as a full-time writer for Macworld in New York City when he started his own podcast. Called “Unprofessional,” it brought in industry leaders to talk about anything but their jobs. Getting interviews was easy. But the fledgling podcast network that hosted “Unprofessional” was failing to sell ads to support its shows.

“Truth be told, when I started the podcast, I didn’t know that they intended to sell ads for it,” Friedman says. “I thought I was just doing it for fun.”

To keep the podcast going, he started peddling spots for it himself. Despite having no ad sales experience, Friedman was a natural. He was so effective, in fact, that the network and various friends soon asked him to sell their shows as well. 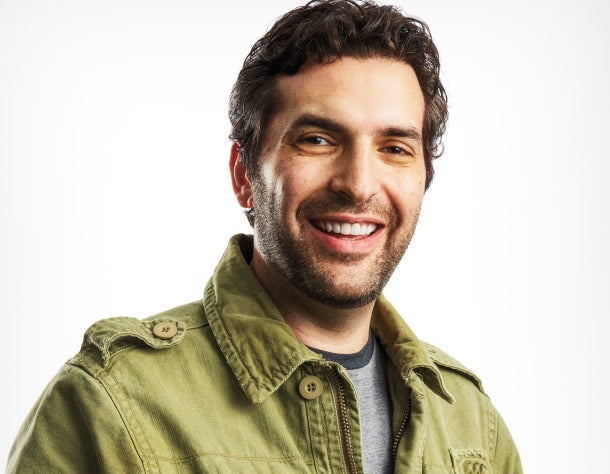 “A couple of months into it, I suddenly represented 50 podcasts,” he says. “I realized this was big enough that I either had to stop doing it, because it was going to start taking up too much time, or I had to devote myself full time. I was pretty nervous about earning income based solely on what I was able to sell each and every week.”

To improve his chances of success, Friedman wanted even more shows in his arsenal. So he reached out to Jeff Ullrich, founder of Earwolf, a Los Angeles-based comedy podcasting network, and the two formed Midroll Media. “We combined forces in September 2013, merging my 50 shows with his 40 shows, and I started selling all of them,” Friedman says.

While the career switch from journalist to business owner and sales genius surprised Friedman, his success comes as no surprise to someone like Reedy at the Kauffman Foundation. “People who have a deep understanding of an industry, have contacts and are going into entrepreneurship because they have realized that the rest of the industry has pivoted in a certain way … they really understand how things work,” he says.

It helps that Friedman also enjoys what he does. “Throughout my career, and never more so than in my current situation, it has been worth it to find work that I really enjoy doing,” he says, equating ad sales to a game. “Instead of winning points, I’m winning money. Each time I do, I do a victory dance around my home office and call it a day. Because I enjoy it, that makes it easier to be good.”

Almost a decade after selling her first product, Katie Richardson is still getting used to the idea of calling herself an entrepreneur. In her mind, she’s a mom first. Running Puj, the Vancouver, Wash.-based company she launched with her husband, Ben, comes second. She says all the products they have developed over the years grew organically out of her needs as a mother. “I was a maker,” she says of her humble beginnings. “I just started making stuff with my kids with the tool that I had—my sewing machine.”

In 2007 Richardson was browsing a children’s consignment boutique with her 6-month-old son along for the ride in a homemade sling. The store owner approached and asked where she got her clever baby carrier. When Richardson said she’d made it herself, the woman replied, “Well, can I place an order?” She wanted 10 of them—immediately. 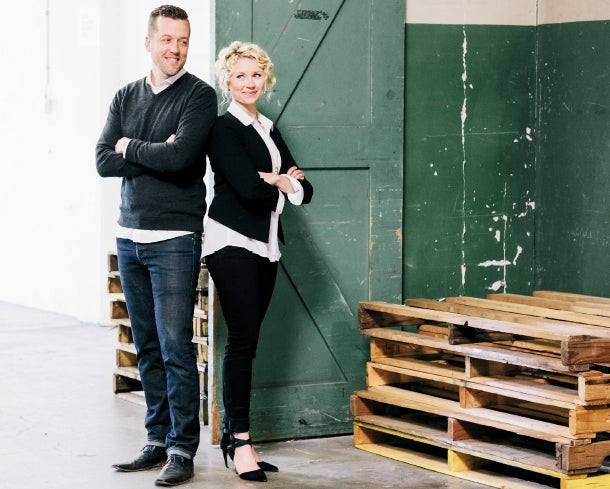 Richardson thought it was just a funny story. But her husband saw the situation for what it was: opportunity knocking. He told her to go for it, and the 10 slings she sewed for that first boutique sold out within a week. Next she enlisted the help of her mother, and the two produced another 100 slings, which sold out at other local shops nearly as fast.

A trip to a trade show followed, and as Richardson and her baby carriers, blankets and shoes attracted buyers, she finally started to recognize her potential.

“I was learning to dream bigger, to see more possibilities,” she says.

While also raising their four children, the Richardsons have steadily built Puj around Katie’s creativity. The company now employs 10 full-time staffers and carries a range of innovative products, including a flat-folding travel bathtub for babies.
Puj made just over $1 million in revenue in its first official year in business (2010) and has seen sales grow 10 to 30 percent per year ever since.

The Kauffman Foundation has identified two types of “accidental” entrepreneurs and the different ways they raise money and operate. Which one are you?

6 Things Every New Consultant Should Know

Can it be undertaken under someone else's head?