Many executives are fond of boasting that their companies are more like a family than a business. But not the founder of Big Ass Solutions. His company is a tribe, says chief big ass Carey Smith—and yes, that’s actually his title. “It’s on my business card,” he proclaims proudly.

Big Ass’ predecessor involved cooling industrial roofs—an in-demand service but one that was a tough sell because there was no physical product for customers to see and no sensation for them to feel. “It became apparent to me that being able to move air within a space with fans was interesting,” says Smith, who found an unusual product in that space—giant airflow-altering fans—then worked out a deal with the engineer-developers to sell the product. He initially called the business HVLS Fan Company (the acronym stood for high volume, low speed).

Customized by the facility and industry they serve, the fans span up to 24 feet in diameter; can be mounted on ceilings, columns, walls or rolling carts; and can even sport nitrogen-filled and hermetically sealed gearboxes to ensure maximum coolness and durability. In 2000, the company’s first full year in business, HVLS sold 140 fans. The following year, it sold 400. Then in late 2002, HVLS bought the intellectual property from the developers and began manufacturing the fans itself.

Over time, as people called looking for the “big-ass fans,” it made sense to change the company name. But it’s not just the name that makes Big Ass different, Smith says. Rather than selling through a distributor, agency or franchise arrangement, Big Ass has gone with direct sales from the start.

During its early years the company showed annual growth thanks to business from American Airlines, Harley-Davidson, the National Guard and other big customers. Expansion came in 2009, when Smith began deploying staffers as installers; the new business added $1 million in revenue, turning what would have been a recession year into a relatively flat one.

Another jump forward came in late 2011, when the company expanded from the commercial/industrial space into the residential arena by purchasing Haiku, a brand of high-design, high-powered fans for the home. And last year Big Ass introduced the Big Ass LED, a light fixture aimed at cutting energy and heating costs for commercial/industrial customers; the company has since extended its residential product line with the Big Ass Garage Light. Meanwhile, as the Internet of Things heats up, Haiku is adding internet-connected, smart-home capabilities, too.

The diversification appears to have paid off: Last year Big Ass pulled in $165 million in revenue; $200 million is projected for 2015.

But Smith attributes the gains in large part to taking care of his tribe. “It’s important … that we’re all going in the same direction, that we’re aligned. You have to provide for the people who are helping you do that,” he says. “This is what we do—this is where we spend the money. You rely on everybody to work together. I think that’s a big deal.”

The Gains That Come When You Don’t Cut

When the economy goes cold, so too can the blood in executives’ veins. Jennifer Schramm, manager of work force trends and forecasting for the Society of Human Resource Management, says making staff cuts could be a mistake. “Layoffs are really hard on the organization, really hard on morale,” she says. “It still has an impact years later on the engagement for the staff that’s left.”

During the Great Recession, Big Ass Solutions bucked trends by holding onto its staff—and that may have been the key difference in the company’s dramatic gains after the economy began to bounce back. In 2008, when the economy ground to a near halt, Big Ass had 133 employees and $34 million in revenue. Rather than cutting back, founder and CEO Carey Smith decided to take on staff to drive new business.

“From my perspective, staffing is always the most expensive place to cut,” Smith explains. “It doesn’t save you all that much money—there’s money involved, but not that much money.” Loyalty and experience, he adds, are more important.

“It’s not always just about the skills; it’s about understanding the business, and that takes some time for a new employee,” Schramm says. “To be able to hang on to your staff that’s been there and that understands the business is a real advantage.” 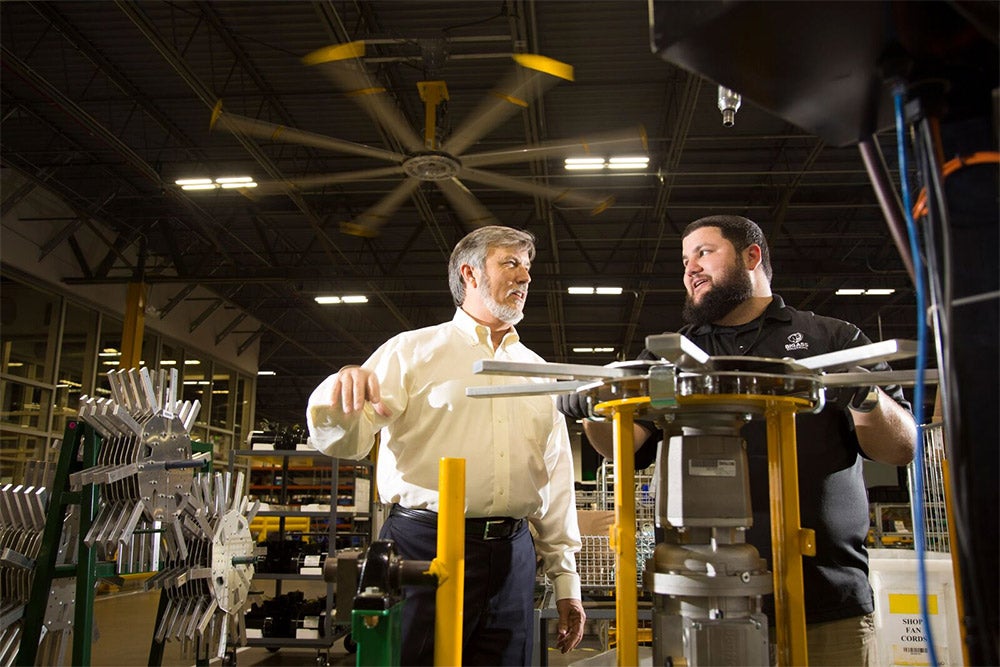