How to Survive in the War on Mobile Ad Blocking

By Brian Wong September 8, 2015
This story originally appeared on KISSmetrics

It’s likely that when you opened a news app sometime this week, you saw a headline screaming how “Ad blocking is going to destroy mobile!” These articles are hard to avoid; they’re ubiquitous.

If you’re a brand, or work directly with brands, don’t be alarmed. Mobile may be the main key to your digital strategy, or perhaps its newest proponent. In any case, you don’t want to lose control of your audience. This “survival guide” will help brands master the mobile domain and understand that a few obstacles don’t mean the end of the road.

After all, ad blocking is nothing new. It’s been around for decades; this is just its first foray into mobile.

To recap the history of ad blocking, flashback to 1999. That year at CES, TiVo emerged, enabling viewers to fast-forward through commercials for the first time ever. Then, the popular extension AdBlock began to rise in popularity, allowing surfers to erase ads from desktop web pages. Now, mobile gamers opt for premium apps over their free counterparts, so they don’t have to click out of interstitials in between levels.

So when news broke about Apple possibly adding ad blocking on mobile, advertisers around the world took a collective breath. After years of evaluating where their consumers play, shop and browse; after slaving over ROI numbers on the mobile medium; after endlessly wondering if shopping cart abandonment on mobile meant something different than on desktop – it seems all the hard work would go to waste.

Here’s some real talk: The advertising industry as a whole needs to step up their game if people are going to block less. The key to surviving mobile ad blocking is adding value. Create ads that people want to see and viewers won’t remove you.

Sounds simple, right? Yet most advertisers ignore these best practices. Take a few steps in the right direction with these four tips that ensure brand success.

Successful advertising is about respecting user behavior. This means timing your ads to appear without interrupting app content. When your ads appear during natural breaks in in-app activity, users are less likely to be annoyed.

IPG ran a study that discerned the mobile moments when users were most engaged. By tracking the biometrics and facial coding of volunteers as they played games, IPG discovered that people were 40 percent more excited after they won a level in a mobile game. When advertisers reached out during these moments, users were more receptive to their messaging. Timing increased brand favorability, respect and even purchase intent. 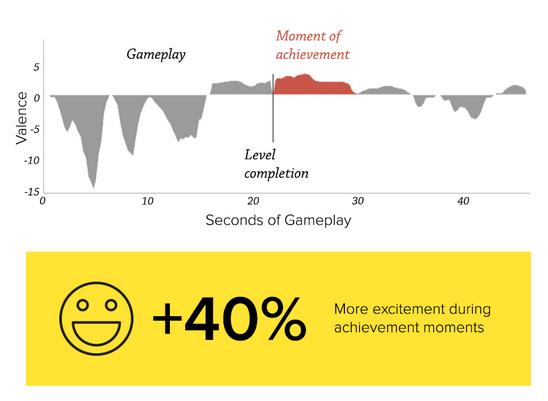 Basically, brands can reach audiences when happiness and attention levels are at their peak to make the most memorable, positive engagements.

Excitement isn’t limited to gaming. Other ideal moments in mobile to do this include:

As an industry, we’re creating increasingly inventive ads. Consider how these three players got it right:

This creativity – this playfulness – is where advertising flourishes. We need to bring this energy into an era filled with new mediums and more expansive capabilities.

Provide content that is relevant to the app or site where your ad appears. There’s a rather famous story about an ad for a tech job posted on a German tech site. The ad received a whopping one percent clickthrough rate. Compared to the industry standard of 0.1 percent, this is huge. Depressingly so.

However, the incident shouldn’t surprise you. After all, the ad was relevant to the site – many people reading about tech might be looking for a career change in that same industry. It makes sense that the ad was successful. If other ads followed suit and only showed endemic content to viewers, advertisers would see undoubtedly higher rates.

There’s a reason this approach works. It makes people happy.

4. And Most Importantly: Address the Root of the Problem

Advertisers are responsible for improving load time and the overall content of their ads. Don’t shuffle the blame of this onto publishers – they can only control so much of the content delivery. Jim Edwards of Business Insider explained the problem well in a recent article. He argued, “Until I hear an ad tech exec say, on the record, that ad tech itself slows down pages, then ad tech will remain part of the ad-blocking problem and not part of its solution.”

The lesson: Optimize your content to enhance and add value to the user experience. If you follow best practices, people won’t pay to remove you. Instead, you’ll gain new and loyal consumers.