Why VCs Are Devouring Food Startups

This story appears in the November 2015 issue of Entrepreneur. Subscribe »

The food revolution has a new champion. Venture capitalists are stepping in with billions of dollars focused on agriculture and food ventures that reduce waste and use of chemicals, conserve resources, accelerate distribution and—at least theoretically—improve our health and the health of the planet.

It’s a new playing field for venture firms. And startups all along the food chain -- from farmers and tech companies to home cooks -- are reaping huge rewards: $2.06 billion invested in the first half of 2015. That’s nearly as much as the $2.36 billion total for 2014, which was two and a half times the figure for 2013, according to AgFunder, a reporting and support service for entrepreneurs in the new food sector launched in 2013.

Cultivian Sandbox of Chicago closed its first food fund for $34 million in 2008, just as the recession hit. “It was tough,” says co-founder Andy Ziolkowski about what was a nonexistent food-tech sector at the time. In hindsight, he says, it was perfect timing: Opportunities were, and continue to be, plentiful, and Cultivian, with more than $150 million under management, has invested in food and agriculture ventures such as Advanced Animal Diagnostics, Vestaron and Conservis. 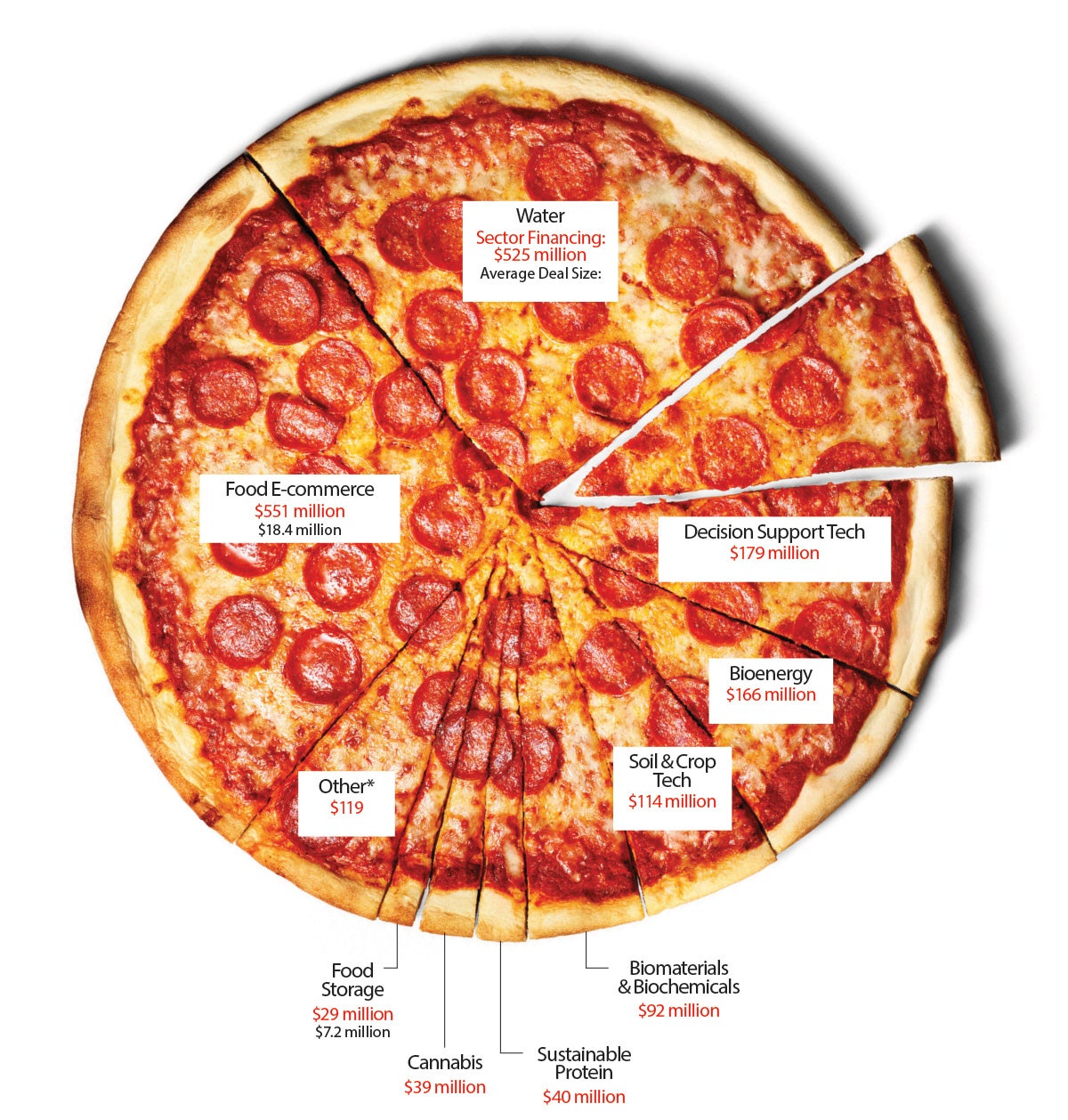 Now hundreds of Silicon Valley firms are in the game, including mainstay funds such as Khosla Ventures, Andreessen Horowitz and Kleiner Perkins Caufield & Byers. It is an international opportunity that’s attracting corporate investment funds as well, from companies such as Google, Monsanto, Mars and Taylor Farms, a leading fresh-produce processor.

Silicon Valley sees “a vast, vast food industry that is behind other industrial sectors,” says Drew Taylor, head of new ventures at Taylor Farms in Salinas, Calif. “We are excited that there is more interest in food and agriculture, and that there are more innovative ideas than ever before.”

The darlings of the food sector combine Big Data -- the mountain of existing data on resources, geography, supplies, weather and markets -- with local information. Drones and robots play a role. The “killer apps” produce real-time insights that farmers and food businesses use to create efficiencies, reduce waste and connect with consumers.

Still, ag-tech has some risk, according to Mark Kahn, founding partner of India-based VC firm Omnivore Partners. He notes that farmers tend to be slow to adopt unproven technologies, which can frustrate venture capitalists with very high expectations. Returns are much faster with consumer food ventures. “Big Food is facing extinction,” Kahn says. “No one eats Chef Boyardee anymore.”

AgFunder co-founder Rob Leclerc agrees. “Big food companies lost $4 billion in market share last year,” he says. “Those companies are scared. They don’t know how to deal with all of the change.”

To that end, General Mills, Coca-Cola, PepsiCo and others are rushing to refresh their portfolios with the purchase of entrepreneurial brands that meet Millennials’ demand for high-quality products. The Hershey Co. bought Krave Pure Foods, a maker of nitrite-free beef jerky with $35 million in sales, for a reported $300 million earlier this year. In May, Hormel Foods paid $775 million for Applegate Farms, a producer of humanely raised, antibiotic- and preservative-free deli meats.

Meanwhile, Silicon Valley investors are excited about plant and insect proteins, produced by the likes of Hampton Creek Foods, Modern Meadows, Impossible Foods and Beyond Meat. Aquaponic and urban farming ventures have traction as well. High-end meal-delivery ventures are white-hot.

Danielle Gould launched Food+Tech Connect—a platform for innovation that offers online classes, meetups, news and other resources for startups—in 2010. Her business focuses on food ventures along the entire value chain, from farm to fork. “We’re here to help entrepreneurs,” she says.

There were 50 companies and investors in the space when she started blogging and hosting Food+Tech events. Today, she says, there are 4,000 active players and more entering the fray every day, as well as other organizations providing support for them, such as The Mixing Bowl, a hub for IT in food and agriculture. “There is more money, which is attracting more talent,” she adds.

“It’s a gold rush,” agrees one venture fund executive who asked not to be identified. “We’re looking for truly disruptive technologies that produce huge returns. It is an open question whether the food sector will provide those opportunities.”