And now there’s another event attempting to wedge itself into that lineup. It’s called Goodshop Sunday, and it was created by sister-brother entrepreneurial duo JJ and Ken Ramberg.

Gathering attention among a roster of name-brand events isn’t easy. The Rambergs are looking to make an impact by focusing solely on retail coupon codes. Their site, Goodshop, which allows people to search for coupon codes, has always had a strong charity bent: for example, a typical coupon code on the site could be used to get 25 percent off a purchase at Nike and a 5 percent donation from Nike toward a charity of the shopper’s choice. On Goodshop Sunday, the site will offer exclusive coupon codes and, in some cases, double the percentage that goes to charity.

Now in its second-year, the event will feature coupon deals from retailers including Macy’s, Ralph Lauren, Nike and Staples.

“People feel really good about the fact that their shopping means more than just the thing they are buying. It makes people feel good when they know they are helping out a cause that they care about,” says JJ Ramberg, who is also the host of MSNBC’s weekend business show about small-business issues, Your Business.

Since launching in 2005, Goodshop has raised more than $12 million for more than 110,000 national charities, local schools and community groups. 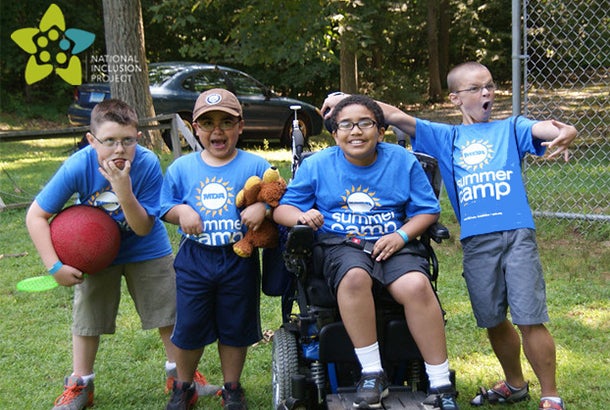 The company, which is based in San Francisco, initially launched as Goodsearch, a Yahoo-powered search engine that donated a penny to a charity for every web search. The Goodsearch product still exists, but in 2007, the team rebranded to reflect its newest product and business model.

Because the Goodshop model has more than 100,000 charities from which to choose, consumers can opt for their donation dollars to go to a charity in their own backyard. Among the organizations that have benefited are the National Inclusion Project, an organization that partners with community groups to promote the inclusion of disabled children, which has raised more than $20,000 from more than 8,000 supporters and The Humane Society of the United States, which has raised almost $13,000 from 11,000 supporters.

What’s critical is that the consumer is in the driver’s seat. “The fact is a lot of people care about causes that are small and very close to their heart,” says JJ.

What the Ramberg siblings hope, however, is that if a lot of people care about a lot of small and local campaigns, Goodshop Sunday will become just the opposite: a very big deal.