After a two year hiatus, Marc Andreessen is back on the internet with some picks that talk about politics, business and self-improvement.

By Madison Semarjian July 10, 2018
Opinions expressed by Entrepreneur contributors are their own.

While Marc Andreessen has spent the past two years reading instead of tweeting, the investor and Netscape co-founder finally hit social media last week to share books he has recently read and recommends.

Ranging from the the inside scoop on Hillary Clinton’s campaign to Navy Seal training, here are the 27 books, plus some Twitter commentary, that should be on your bookshelf, according to Andreessen.

The Myth of the Rational Voter: Why Democracies Choose Bad Policies, by Bryan Caplan (2007)

“The median American is a moderate national socialist–statist to the core on both economic and social policy. Given public opinion, the policies of First World democracies are surprisingly libertarian.”

“Best book so far on the Republican side of the 2016 race, and a deep dive into the intellectual origins of Bannonism and to some extent Trumpism.”

“Best book so far on the Democratic side of the 2016 race, most provocatively on the impact of the press coverage of the email hacks on the last stages of the race.”

Hacks: The Inside Story of the Break-ins and Breakdowns that Put Donald Trump in the White House, by Donna Brazile (2017)

“Visceral, raw, you-are-there recounting of living through the hack attacks and resulting meltdown of the DNC in 2016.”

“On the bus/in the plane with the Hillary campaign. Revealing in many dimensions at once, and highly entertaining. Best book on the 2016 campaign so far?”

“One perspective on the politics of immigration in Europe, playing out in real time, e.g. Merkel almost getting deposed days ago. Confusing on multiple levels from US perspective.”

A Higher Loyalty: Truth, Lies, and Leadership, by James Comey (2018)

“Certainly the story is well known, but given author’s propensity to post photos of himself wearing running shoes in Iowa, potentially relevant again starting next year?”

All Out War: The Full Story of how Brexit Sank Britain’s Political Class, by Tim Shipman (2016)

“Economic self-destruction or national liberation? Repercussions to play out for decades.”

Expert Political Judgment: How Good Is It? How Can We Know? by Philip E. Tetlock (2005)

“All pundits and commentators should publish their prediction track records, yet don’t. What to pay attention to and what to ignore.

How to Live: Or a Life of Montaigne in One Question and Twenty Attempts at an Answer, by Sarah Bakewell (2010) 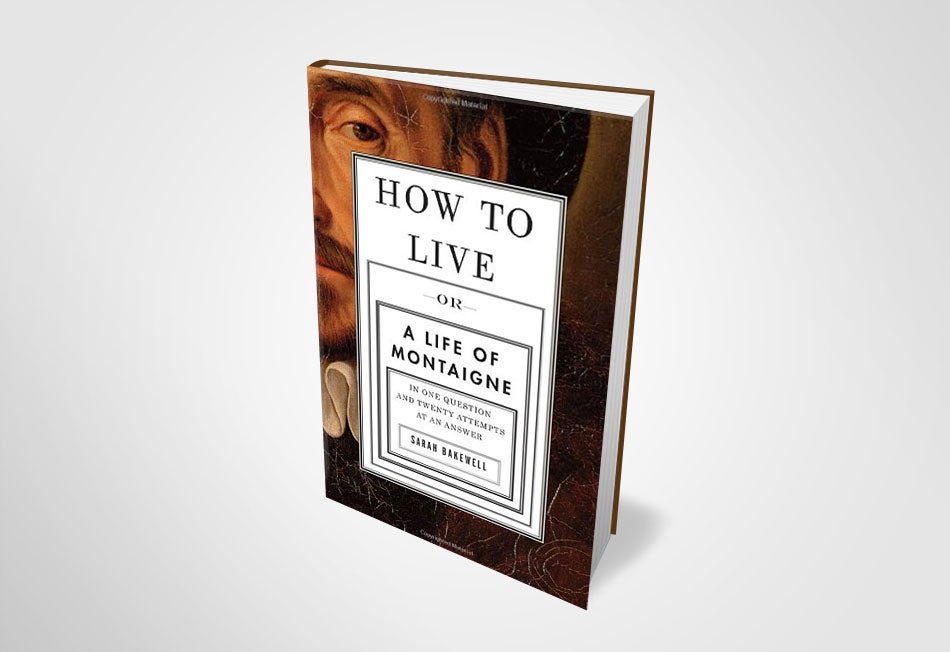 “How to get along with people, how to deal with violence, how to adjust to losing someone you love -- All versions of a bigger question: How do you live?”

But What If We’re Wrong?: Thinking about the Present as if It Were the Past, by Chuck Klosterman (2016)

"Wide-ranging meditation on how to think about the reality that we’re probably wrong about most things we believe. Hard to read and not emerge humbled."

"Captivating dive into human decision-making, marred by inclusion of several/many? psychology studies that fail to replicate."

Thinking in Bets: Making Smarter Decisions when You Don’t Have All the Facts, by Annie Duke (2018) 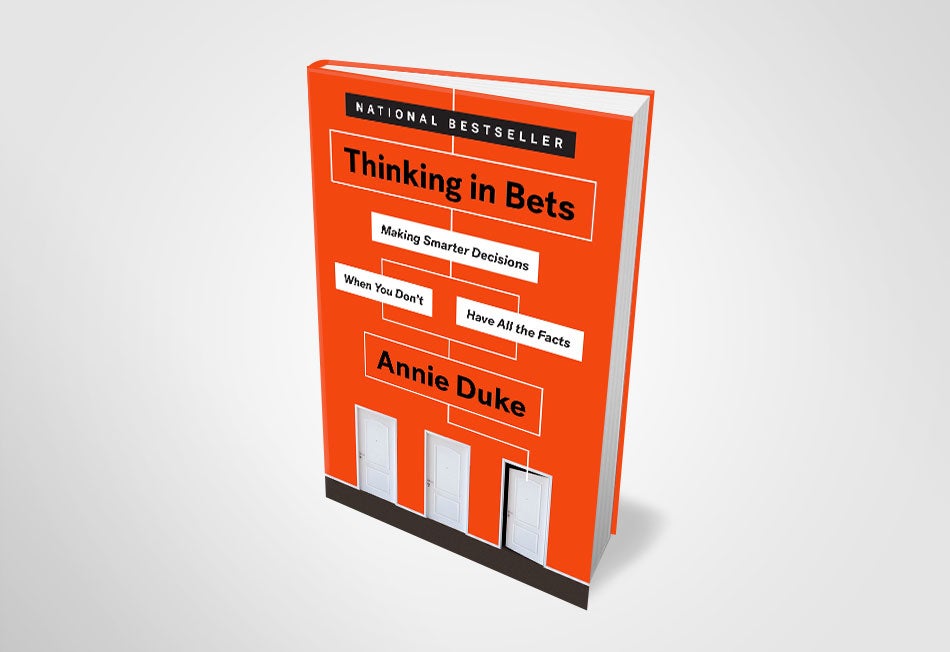 "Compact guide to probabilistic domains like poker, or venture capital. Best articulation of 'resulting,' drawing bad conclusions from confusing process and outcome. Recommend for people operating in the real world."

Skin in the Game: Hidden Asymmetries in Daily Life, by Nassim Nicholas Taleb (2018)

“Best walk through the ancient/current philosophy of Stoicism. You can’t control other people but you can control yourself, so do that.”

The Courage to be Disliked: The Japanese Phenomenon that Shows You how to Change your Life and Achieve Real Happiness, by Ichiro Kishimi and Fumitake Koga (2013)

“Compelling from front to back. Highly recommend.” 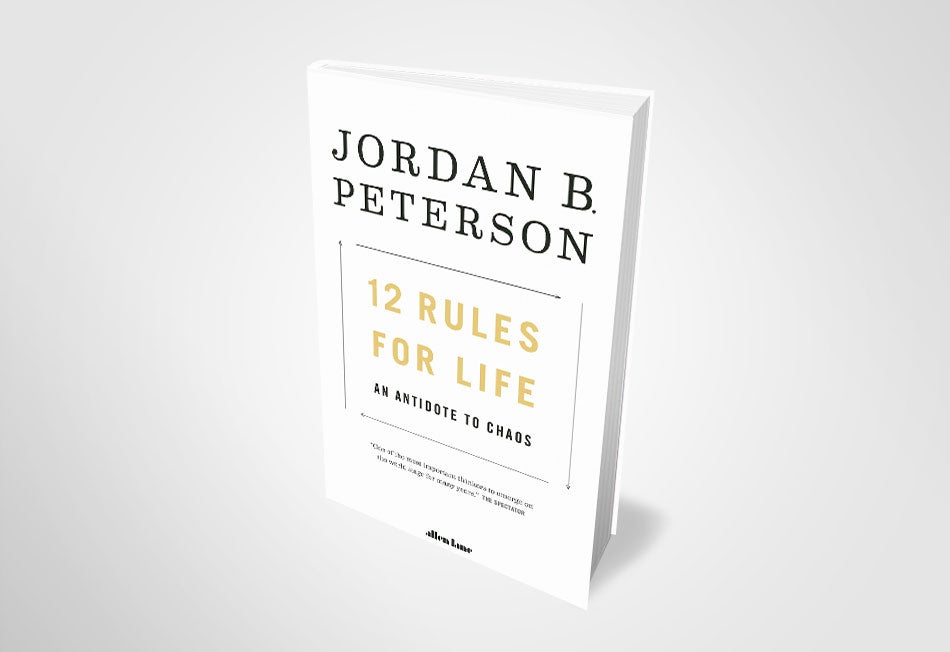 “A bracing disassembly and reconstruction of a theory of individual progress in the modern world. Fascinating compare and contrast with The Courage To Be Disliked.”

A Very Expensive Poison: The Assassination of Alexander Litvinenko and Putin’s War with the West, by Luke Harding (2016)

Lone Survivor: The Eyewitness Account of Operation Redwing and the Lost Heroes of SEAL Team 10, by Marcus Luttrell, with Patrick Robinson (2007)

“The film was fine but the book is unreal; incredibly vivid story of superlative American heroes.”

Civilian Warriors: The Inside Story of Blackwater and the Unsung Heroes of the War on Terror, by Erik Prince (2013) “Newly relevant due to the Mueller investigation.”

Days of Rage: America’s Radical Underground, the FBI, and the Forgotten Age of Revolutionary Violence, by Bryan Burrough (2015)

Slugfest: Inside the Epic, 50-year Battle between Marvel and DC, by Reed Tucker (2017)

“Spellbinding creative and business history of the incredibly imaginative comic book industry in the decades before it ate Hollywood.”

“Startlingly deep cultural history of conspiracies, examined through the lens of the brutally effective Gawker takedown.”

When the Wolves Bite: Two Billionaires, One Company, and an Epic Wall Street Battle, by Scott Wapner

The Spider Network: The Wild Story of a Math Genius, a Gang of Backstabbing Bankers, and One of the Greatest Scams in Financial History, by David Enrich (2017)

The Rise of Superman: Decoding the Science of Ultimate Human Performance, by Steven Kotler (2014) 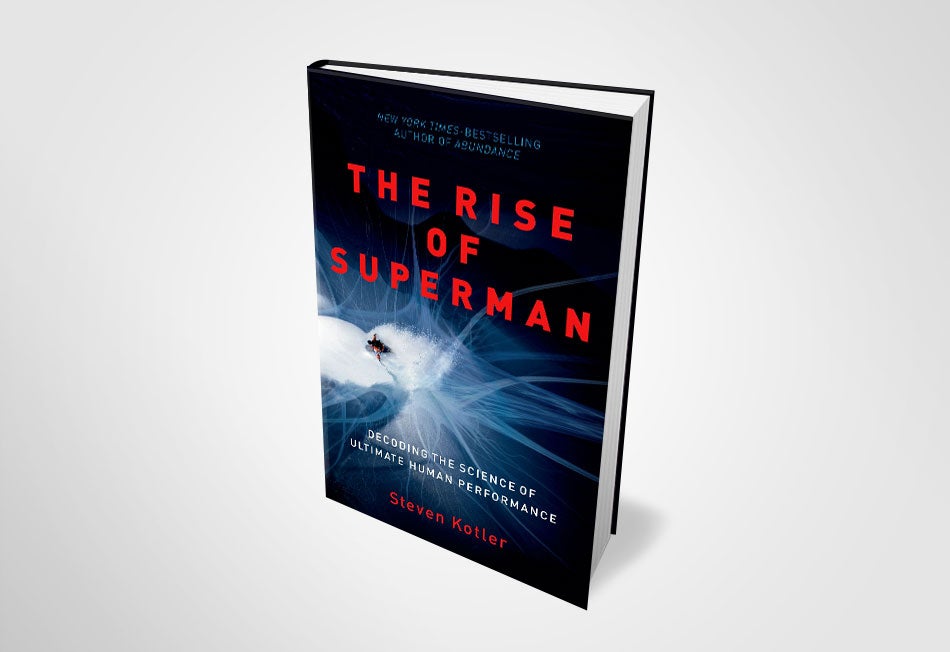 “Startling walk through a series of domains where peak human performance is rising at remarkable rates due to 'flow state.' Thought provoking and then some.”

Living with a SEAL: 31 Days Training with the Toughest Man on the Planet, by Jesse Itzler (2015) “What’s it like to train with a Navy SEAL in winter in New York for a whole month?”