For entrepreneurs, making important decisions is a daily occurrence and business intuition is the key to doing it well.

By Julie 'Juju' Christopher January 28, 2019
Opinions expressed by Entrepreneur contributors are their own.

Do you follow a certain process when it comes to making decisions for your business?

In my experience, it seems that many business owners typically don’t follow a proven process or use a decision-making framework when they're faced with making critical business decisions. However, most ultra-successful entrepreneurs and executives typically rely on a skill that many others unfortunately neglect...

Recently, I was invited to attend a private event on the set of Shark Tank to celebrate the show’s tenth season to interview all the Sharks and I was curious as to how these big-time entrepreneurs are able to know, on the spot, whether or not they are going to invest in a new project or company. 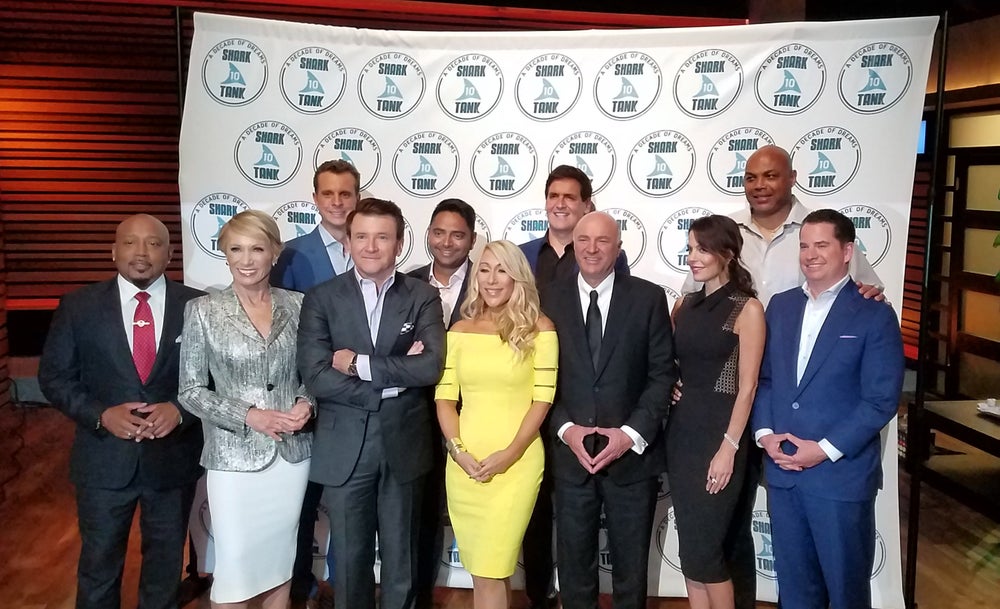 In essence, the core of your business is shaped by all the decisions that you’ve made up until now, whether it’s the team you hired, the marketing campaigns you’ve launched or how you’ve chosen to allocate your business’ budget.

That’s why decision-making is a skill that should be taken seriously and developed over time. It’s truly the difference between success and failure, as one of the sharks mentioned to me during our conversation.

That's why I founded Biztuition, where I consult and teach entrepreneurs, executives, and business owners how to improve their decision-making skills using their business intuition.

I was curious to see if the Sharks themselves relied on their intuition when it comes to making critical decisions. With literally millions of dollars being offered in the Tank each year, the stakes are extremely high and the hopes and dreams of many entrepreneurs rest on the fate of the Sharks’ decisions.

During the private event, I had the chance to chat with these famous Shark Tank stars in “schools,” or groups of two to three people, which — needless to say — made for plenty of lively conversation!

Straight from the Sharks’ jaws, here’s what they had to say when I asked them if business intuition is important when it comes to making decisions.

When I asked Barbara Corcoran, she instantly responded, “For me, it is all intuition — totally intuition. And sometimes when I'm not certain, and I'm just leaning on the fence, not sure if I'm trusting my gut for various reasons, I sit there and I think, ‘Would I trust this entrepreneur with my kid when he was young?’ If I have any doubt at all about it, I go out. If I feel like I can come back and pick up my kid, I’m in.” 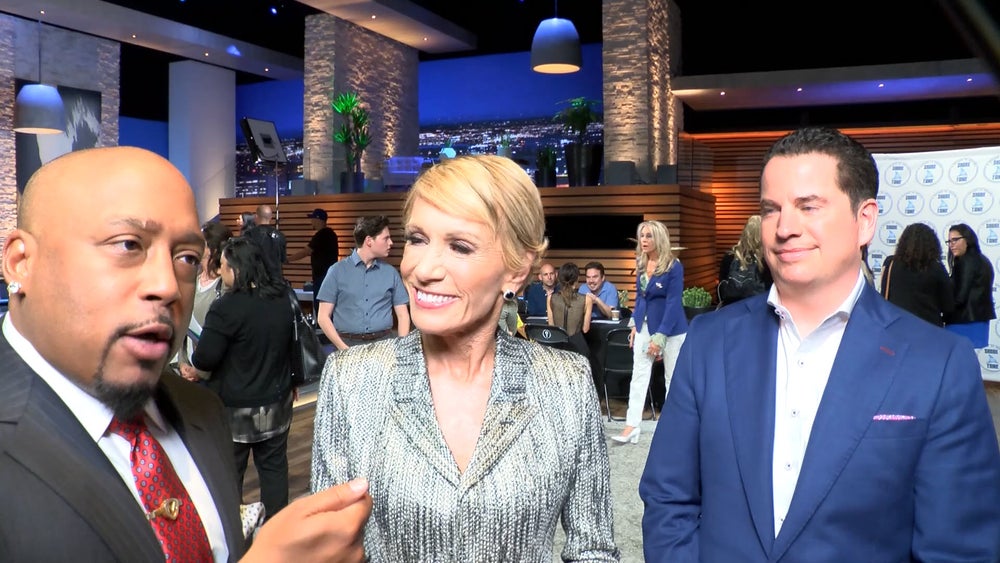 This is valuable advice to remember when it comes to forming partnerships and hiring key team members. If you would trust them with your child, you likely can trust them in business, as well.

Related: Can Barbara Corcoran Convince the New Generation of Entrepreneurs to Follow Her Lead?

Next to Corcoran was Matt Higgins, who is appearing as a guest Shark for the first time this season. The vice chairman of the Miami Dolphins and CEO of RSE Ventures added, “Success in business always begins and ends with the person, right? I think this show should be a forum where you tell the world what a successful founder looks like. It's not easy and there’s no reason to lead people to believe it is. You have to have certain qualities to be successful. I think the show does a good job of calling those qualities out.”

Daymond John chimed in, “Even though we have the opportunity to buy or invest in the company or a person's dream, we could just buy one of their products to try things out. I don't need to take on the entire company.”

Intuition is the art of the game

When I asked Kevin O’Leary the same question, he proclaimed, “I've been doing this for so long, I feel something even before they've started speaking. I'm seeing them there and I'm looking at them, looking at me, and I'm sizing them up and usually, my intuition is right. I know I'm going to do a deal or not before they’ve even said a word. It's just the art of the game.” 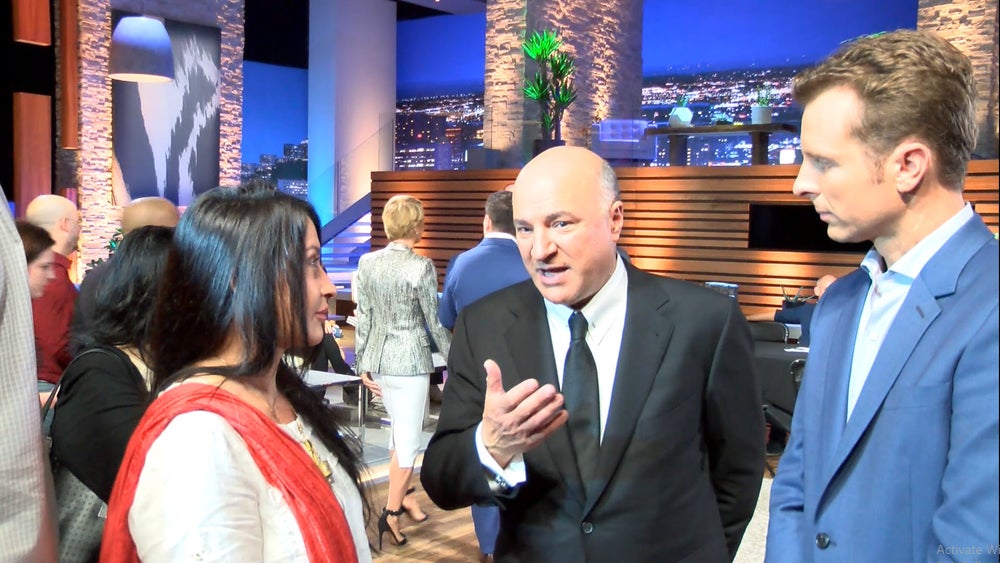 I then pressed O’Leary further, asking “So it's just a feeling?” He responded, “You know, I've seen thousands of pitches and thousands of entrepreneurs now. Thousands of people... and I can tell the difference. That's from the heart.”

When I turned to Jamie Siminoff, CEO of RING, who refused a Shark Tank deal in season five, yet recently sold his company to Amazon for $1 billion, he remarked, “I'm new to the Shark Tank, but overall, in business, it’s the same thing.”

Mr. Wonderful jumped back in, “Intuition is a very good thing. Intuition is more like experience. The more mistakes you make, the more you learn. After a while, you start to realize you're not going to make those mistakes anymore.”

Siminoff then swiftly added, “It’s an issue of ‘analysis paralysis.’ I mean, if you're not making decisions, it's sometimes worse than the wrong decision." 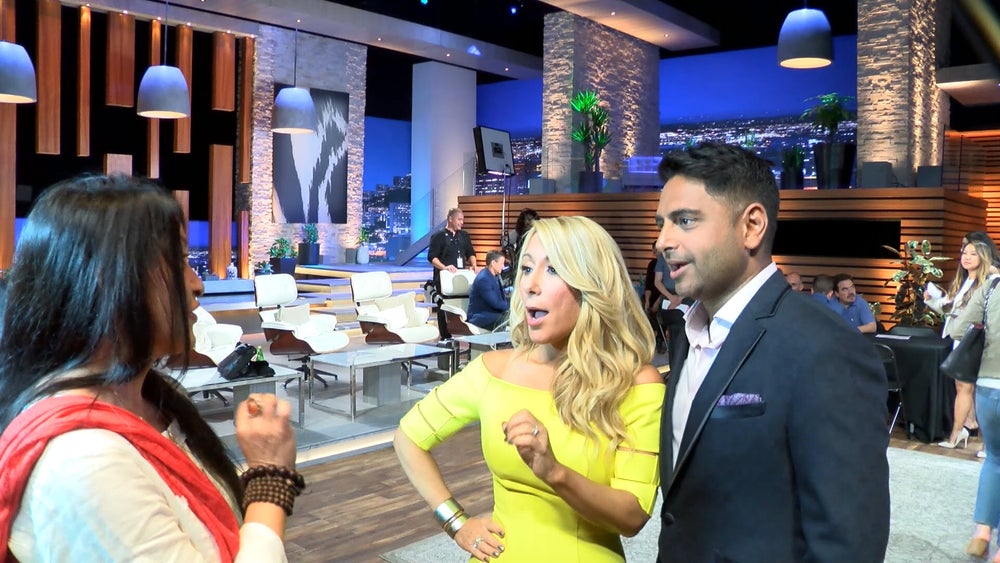 Lori Greiner, Queen of QVC, was equally as empathic when asked how important of a role business intuition plays in her decision-making process. “Extremely important! I'd go probably 90 percent gut intuition, then add the experience. But after that, you have to have a good gut because we only have a few minutes to make a decision.”

Rohan Oza, the brand builder who helped transform Smartwater and Vitaminwater into household brands, added, “On this show, you have 30 minutes to decide between $100,000 or $1 million -- your gut is the biggest thing that helps you do that.”

Betting on people, not ideas

Never at a loss of words, when asked about business intuition and decision-making, NBA Hall of Famer and TV analyst Charles Barkley was happy to provide his two cents, stating, “100 percent!” 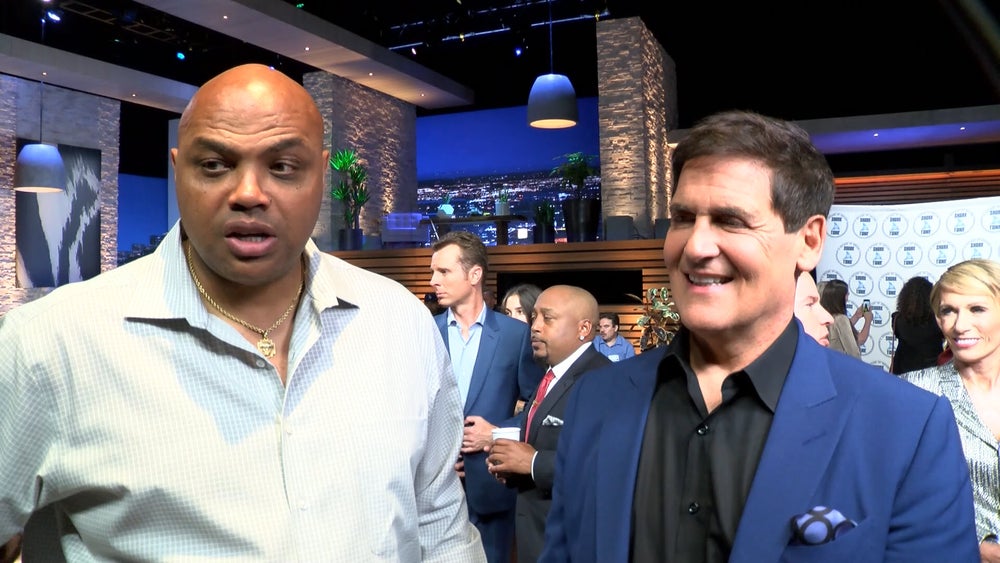 Added Barkley, “Everybody has good ideas, but you’re really betting on people. I'm pretty sure if you look at all these seasons of Shark Tank, there have been hundreds of good products. But eventually, you have to bet on the person. That's the number one thing.”

Not wanting to be outdone by Barkley, billionaire and owner of the NBA Dallas Mavericks, Mark Cuban, shared his perspective on business intuition, too: “For me, I look at it as experience. Intuition comes from experience. I try to always be learning, whether from years on the show, whether from all my business experience over the years or from reading and trying to learn new things.”

Continued Cuban, “And from all that experience and all that knowledge, that's what leads to my judgment or intuition. And so, hopefully, I've got the foundation to make the right decisions.”

Action is better than inaction

When I had the opportunity to connect with Robert Herjavec and Bethenny Frankel, I asked Herjavec for his perspective on decision-making and intuition, “I think anybody who's been an entrepreneur for a long time, you learn how to make decisions quickly. Action is better than inaction.” 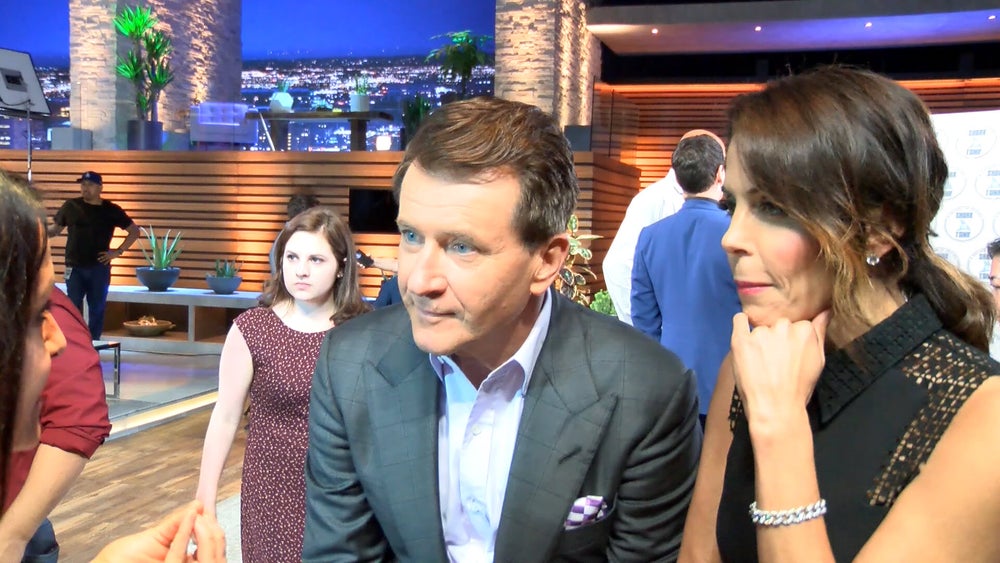 Suddenly, Bethenny Frankel, who first found fame and success after appearing on the hit TV series “The Real Housewives of New York City,” exclaimed, “Your gut! Your gut instinct is so important!”

Herjavec nodded his head in agreement and agreed aloud, “So true!”

Continued Frankel, “Most entrepreneurs are in their story... they're in their heads and everyone around them is telling them their idea is great. They think their idea's great… with their execution. But we can see it. You know what I mean? It's like when your friend's wearing the wrong thing and she just doesn't know, and you can see it. We can see it. We can hear what they’re saying. We help them get out of their own story — pull the curtains back. This is what you're not seeing.”

As you can see, these successful business icons rely not just on data and what Corcoran calls “static information,” but they also emphasize their experience and how they feel in the moment.

That’s why in my leadership workshops, I lead everyone through an exercise that is designed to help entrepreneurs and executives identify when the emotions they are feeling are fear-based or when they are truly tapping into their intuition. By doing so they can make better decisions, faster, and avoid costly mistakes.

Remember, just like any skill, your sense of intuition can be improved with training and practice. Since it seems all the Sharks rely on business intuition to make decisions, shouldn’t you develop yours as well?

On Shark Tank, it’s rare to see the Sharks change their mind once they’ve made their decision. As Mr. Wonderful puts it, “You’re dead to me.” In the instances they have, I believe it’s because they decided to ignore their logic and chose to listen to their business intuition.

Want to hear more from the Sharks and other successful business leaders? The Biztuition Show is coming to a screen near you, so feel free to subscribe to our brand new channel!

Julie Christopher, known as Juju, is the founder and creator of Biztuition. Juju is a professional ‘EnterTrainer’ (speaker/music artist and composer/self-realization guide) and award-winning author. She is a world-renowned expert on business intuition and host of ‘The Mystical Entrepreneur’ podcast.

Do You Actually Understand Why Your Customers Are Buying?