What I Learned About Leadership, as a CEO Who Became an Adoptive Parent

The parallels between the two roles taught me three great life lessons.
Next Article Add to Queue

Here's something intriguing I recently learned: The characteristics of being a CEO and an adoptive parent are actually strikingly similar. Both require massive amounts of energy, the ability to balance multiple priorities and the ability to work well and empathize with others.

Related: Coaching and Parenting Have Similar Goals But It's a Big Mistake to Do Them the Same Way

As a married man and hard-working father of three, I had constantly juggled balancing my home life with my professional career. As the CEO of a company which now operates in 150 cities across the country, I learned long ago that parenting multiple kids can pose quite the challenge to my ongoing lessons in leadership.

Then I upped that challenge: In 2017 my wife and I expanded our family through adoption, and it was the lessons I learned through that experience that really set me up for leadership success. 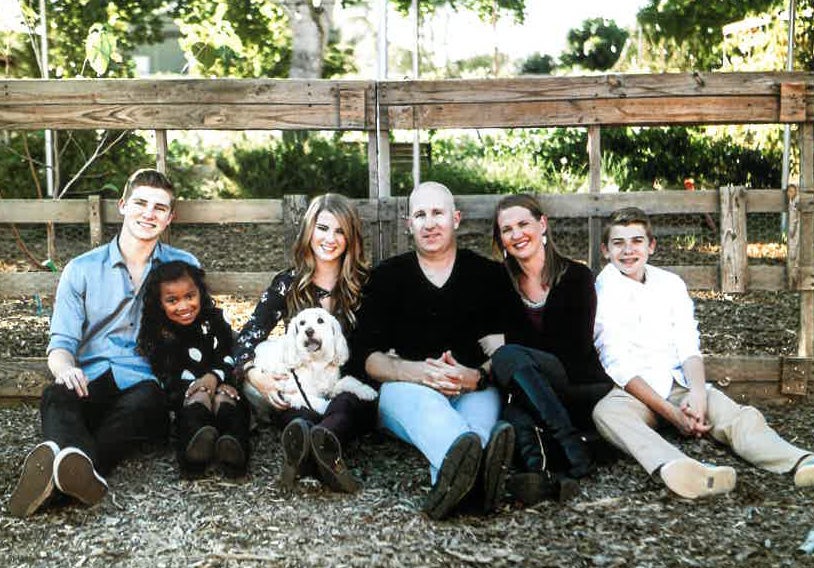 Alison and I always planned on having four children; however, after having our third biological child, we decided that we would adopt our fourth. At a church service, we were reminded of the overwhelming number of kids that need foster and adoptive parents. In fact, this has been an ongoing, even increasing, issue, with The Economist in 2017 reporting on a shocking number of children --  428,000 in 2015 -- in the U.S. foster care system -- up from 397,000 in 2012.

Though our biological kids were teenagers at that point, we decided to begin the parenting process all over again.

That process began quite suddenly: We were on our way home from a trip when our agency called to see if we would look after a 7-year-old girl for the weekend. Faith was in foster care, but not eligible for adoption. Yet, when they dropped her off, her foster parents told us that they would not be coming back to pick her up.

We were pretty overwhelmed at that moment, but instantly fell in love with this little girl, who rocked our lives.

The Department of Child Services then called to see if we would keep her and convert our status to foster parents. Faith has been with us ever since, and after a little over a year of being foster parents, on Sept. 28, 2017, we became her adoptive parents. We recently celebrated the one-year anniversary of that watershed event and now can’t imagine our family without her.

Nor can I, as a business owner, imagine not drawing from the lessons about life and leadership that being an adoptive dad have taught me:

It’s tempting in the world of business to always think about the bottom line, profits and short-term goals. Yet while these are priorities CEOs should always keep in mind, parenting and adopting a child taught me that real long-term success depends on building relationships -- and that begins with trust.

Parents and professional leaders build trust with others by having honest conversations and following through on their promises. When I was a foster parent for my now-adoptive daughter, I took the time needed to build a strong foundation for a true parent-child relationship, which doesn't necessarily develop as smoothly as one with a biological child.

This process is similar in many ways to my responsibilities as a CEO. For example, when I reached out to a successful franchisee trying to convince him to expand to a second city, he turned me down flat. In hindsight, I believe this happened because our relationship wasn't strong enough for me to make that ask.

So, I set out to fix things. And, after a few months of intentionally working on the relationship, I saw the franchisee expand to that second city and plan to expand into a third.  As a result of those expansions, his business has grown to over $10 million a year. We've both benefited from the trust I built with this man.

The lesson? Taking the time to earn each other’s trust allowed this franchisee to take a risk and plan for future growth. If you work to build trust relationships with your colleagues and your clients just as you do with your children -- especially an adopted child coming into a family she hardly knows -- you will strengthen the core of your business.

Running a multi-million-dollar company as well as raising children, I’ve learned that both roles require an innate ability to empathize. In my early years, I was so driven and focused on getting to the next level that I wasn’t always connecting with people.

And that had to change. The reason is that creating empathy in a company’s culture can drive the whole team toward success. In 2016, The Harvard Business Review evaluated a variety of brands to investigate whether or not creating an empathetic culture in the workforce results in overall success for the company.

The study recognized a number of programs each company had created to instill empathy, and found that those programs increased overall productivity and success for their respective brands. From Ryanair’s “Always Getting Better” program, launched in 2014, to Facebook’s creation of an “Empathy Lab,” all of these brands saw positive results from pushing their companies' culture in a more empathetic direction.

Empathy is an essential trait of a good leader, but it was something that I developed by being an adoptive father. Our daughter has biological siblings. In many adoptions like ours, for a variety of reasons, the biggest one being safety, there is no communication after the adoption with the biological parents or the siblings. However, at times Faith really misses her younger brothers who are with a set of parents she has known since birth. After deep consideration, we wrote that family’s phone number into her Bible and she has the freedom to call them when she wants.

The lesson? Just as a good parent is one who can see the world through his or her children’s eyes, executives need to lead their businesses by first putting themselves in their clients’ and team’s shoes.

Model the behavior you seek.

The act of coaching, nurturing and being a role model are essential qualities of a parent and a strong leader.

When our family welcomed our daughter into our home, we sought to provide an environment that would help her grow into a well-rounded individual. When Faith arrived, she had missed 51 days of kindergarten and 35 days of first grade, and had never done any homework. This is common in the foster care system: A study by the University of Wisconsin-Madison found that the children the researchers examined who were in out-of-home placements consistently struggled with academics more than children in stable living situations.

Fortunately for us, we had, and have, three other kids who are all good students and used to coming home from school and sitting at our kitchen table to get their homework done. Seeing that behavior modeled allowed our new daughter to see the effort that goes into being a good student.

After one year of sitting at the kitchen table with her new brothers and sister, all working on homework together, Faith scored ahead of the curve for math. I’ll never forget the look of pride on her face when she realized that her hard work had paid off and she was back on par with her classmates.

The lesson? The best leaders understand the importance of role-modeling and know that supporting their team members shouldn't all be about lecturing, but rather coaching and providing guidance.

In my business, I know that my behavior and work ethic are the model set for my whole team. When I set myself to a high standard, the culture throughout the company is also set to that same standard of self-drive and improvement.

Overall, there are times when leaders are presented with an opportunity to make a difference, execute a new program or create a new relationship. They should embrace these opportunities with a mindset that says they can open new pathways to success.

Being a CEO and an adoptive parent are both challenging endeavors. The parallels between the two have taught me great life lessons. I know that every day is an opportunity to learn something new, build a stronger relationship and help someone achieve their dreams.