"People were in desperate need of good advice," says the financial advisor.

September 27, 2019
Opinions expressed by Entrepreneur contributors are their own.

Few things can motivate you more than witnessing someone lose their life savings in an instant.

Patrick Brewer was working the phones at Vanguard, a leading investment firm, when he got the call. As Brewer remembers it, the client, a plumber close to retirement, frantically ordered him, an entry-level employee, to cash out the client’s 401(k). The plumber needed the funds, he explained, because he was just days away from losing his house. This money, gathered over decades of hard work and responsible savings, should have stayed put to provide security in his later years.

Yet it was liquidated and gone in an instant.

Brewer, then in his early twenties, stood helplessly by as the man made a devastating financial decision.

It was the peak of the Great Recession, and the U.S. was in a full financial meltdown. The plumber’s call was one of a hundred Brewer fielded every single day during the crisis, each one a fresh tale of economic woe. He had a front-row seat to the worst financial disaster since the Great Depression.

That was the moment when Brewer made a decision.

“I realized that things can be taken from you at any moment,” he recalls. “These people were in desperate need of good advice — someone to counsel them to hold on to their savings and help them solve their immediate problems.”

But he couldn’t do that from a call center.

So, Brewer upped his game. He applied to a highly competitive rotational program at Vanguard, studied 100 hours a week, and passed all four parts of the CPA exam on the first try — but was heartbroken when he was rejected in the final round. Undeterred, he tried again, this time strategically networking with decision-makers, and was ultimately accepted into the program the following year.

Rotating through the corporate finance, fund accounting, and internal audit departments was a step up from the call center — but after a few months, Brewer wanted more. He envisioned a role that would allow him to have direct influence over financial outcomes.

Brewer took a job with Dimensional Fund Advisors, relocated to Austin, got his CFA designation, and supported other advisors through the challenges of building a business. Over the course of four years, he worked his way into a regional director role.

The director position offered a solid salary, great benefits, and a respectable title for the ambitious 26-year-old — but Brewer’s desire for entrepreneurship was stronger.

So, when an opportunity came from an advisor in Brewer’s region, he jumped at it. There was a firm in Sacramento run by an older advisor who was getting ready to retire. Several capital investors would help with buy-in. Brewer would bring his practice management and marketing experience and help investors take the firm national.

The vision of reviving an established brand and empowering great advisors to reach more clients resonated with Brewer. And so he packed his bags yet again and moved to Sacramento.

Unfortunately, his desire to modernize the firm crashed into resistance from the original owner. “When you walk into someone else’s practice and you try to change things, relationships can get pretty awkward,” Brewer shares. “Especially when the owner’s identity is tied so closely to the business.” A year later, when business partners decided they were no longer interested in scaling the firm at the national level, Brewer sold his partnership interest and moved back to Austin. 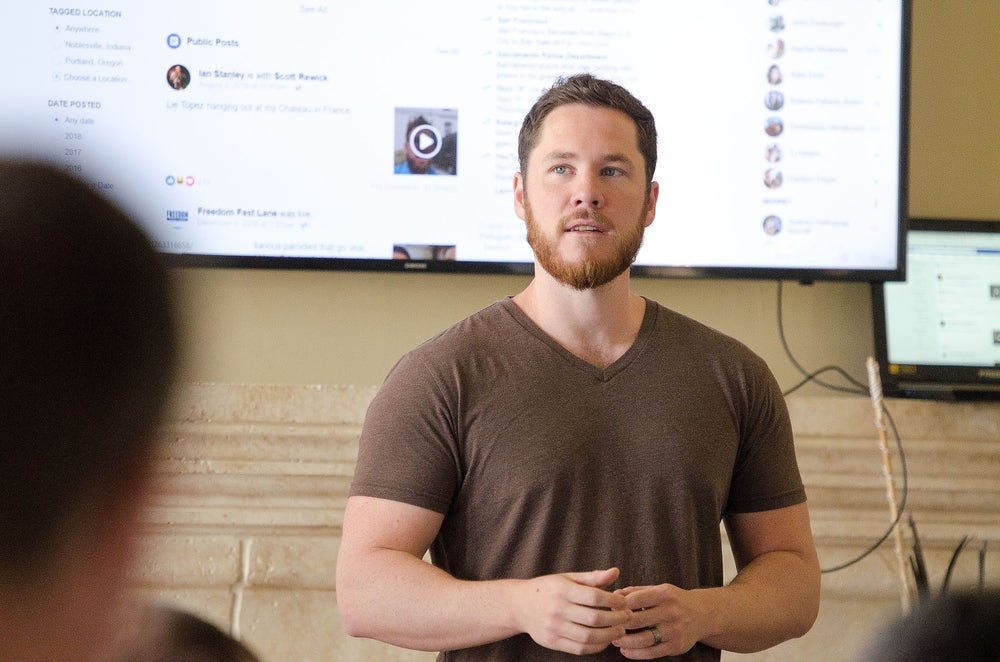 Today, through his marketing company, Brewer Consulting, the entrepreneur trains financial advisors on how to build a profitable business.
Image credit: Eric Lee

A fresh start and a dead end.

With a failed succession plan behind him, Brewer took three months to shake off the cobwebs and begin searching for what was next. He found his next venture in an unexpected place. A family friend who worked in Medicare insurance was sharing how hard it was to help retirees choose the right plan. The selection process was murky, manual, and painfully slow.

As Brewer learned more about the Medicare selection process, he could see an opportunity for automation; and so the idea of Simple Medicare was born. He envisioned a streamlined technology tool that would enable anyone to sort through their Medicare options in plain English  — a perfect opportunity for a ready-made market.

At the time, Brewer didn’t realize he was stepping into one of the most competitive marketing verticals in the world: consumer lead generation for healthcare. Even if he could build the tool he envisioned, getting the word out to consumers would be an uphill battle. With developer bills and expenses piling up, the clock was ticking louder every day. The pressure was on to solve the marketing puzzle — before he ran out of money.

Back to working 100-plus-hour weeks, Brewer studied everything he could about direct response and digital marketing. After months of trial and error, he built a marketing system for Medicare insurance that actually produced results.

With the cash flow crisis averted, Brewer could focus on improving the software. A year later, he hit another dead end. One company held the monopoly on some Medicare data — and wouldn’t release it. Despite Brewer’s last-ditch efforts, which included six months of 15-hour days driving across Texas to hand-collect sample data in one-on-one interviews, it became clear that the fully automated tool was dead in the water.

Back at home, Brewer reflected on his original vision: to improve people’s access to good financial advice. “There has to be a better way to influence those outcomes!” he thought. Taking stock of his career path, Brewer realized he had all the licenses, experience, and marketing savvy necessary to go directly to consumers. 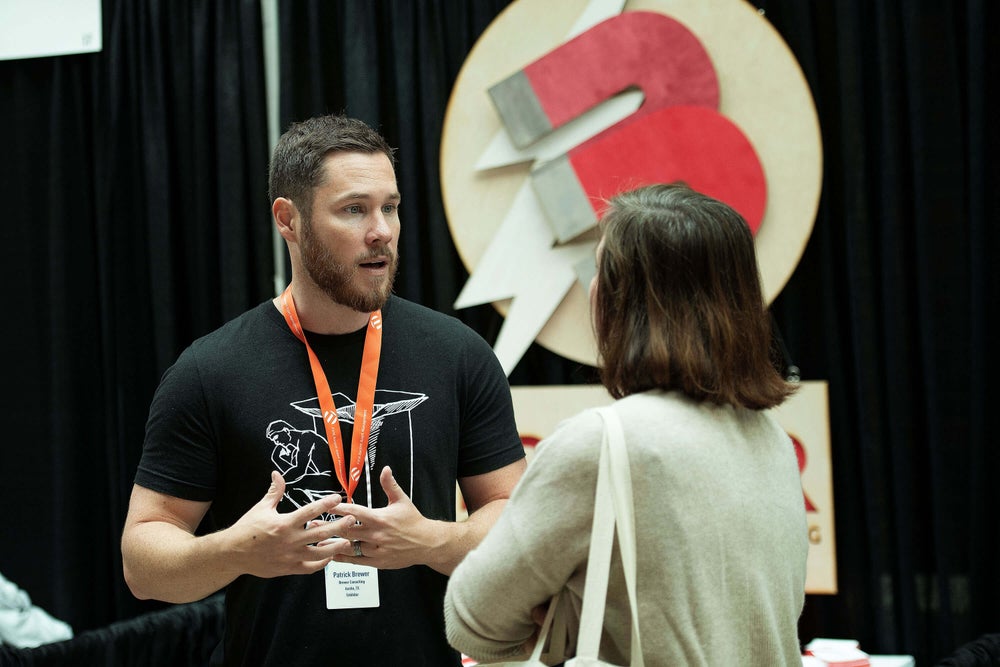 Brewer’s RIA firm, SurePath Wealth Management, was born with a big idea (cubicle-free financial advice) — and zero clients. This humble beginning forced the team to hit the ground running. Although a “typical” RIA takes between three and five years to become financially sustainable, the firm grew to $60 million in assets under management in the first three years.

And the main reason for that early success was marketing. Long hours at the call center, years of talking to other advisors about their biggest challenges, ups and downs of the entrepreneurial journey — all of it melded together to enable Brewer to connect with his audience and move it to action.

The marketing system worked so well that other advisors took notice, and Brewer launched Brewer Consulting — a marketing agency run by advisors, for advisors. Today, Brewer Consulting has an impressive list of over 200 active clients who are supported by nine employees and a host of contractors. Some advisors hire Brewer Consulting for marketing collateral. Others come in for coaching, practice management consulting, or agency services.

“One of our early clients brought in over $25 million in new assets after investing just $8,000 in a strategy,” Brewer shares proudly. “Another advisor secured five new clients within three months of signing on with us.”

In late 2018, a few of those advisors decided that they wanted to join forces with Brewer at an even deeper level. And so Brewer’s original idea of building a national RIA and helping great advisors reach more clients has come full circle. Today, SurePath Partners offers a way for independent advisors to tap into the marketing, practice management, and technology expertise of the SurePath and Brewer Consulting “mother ship” — while keeping the ownership of their businesses. 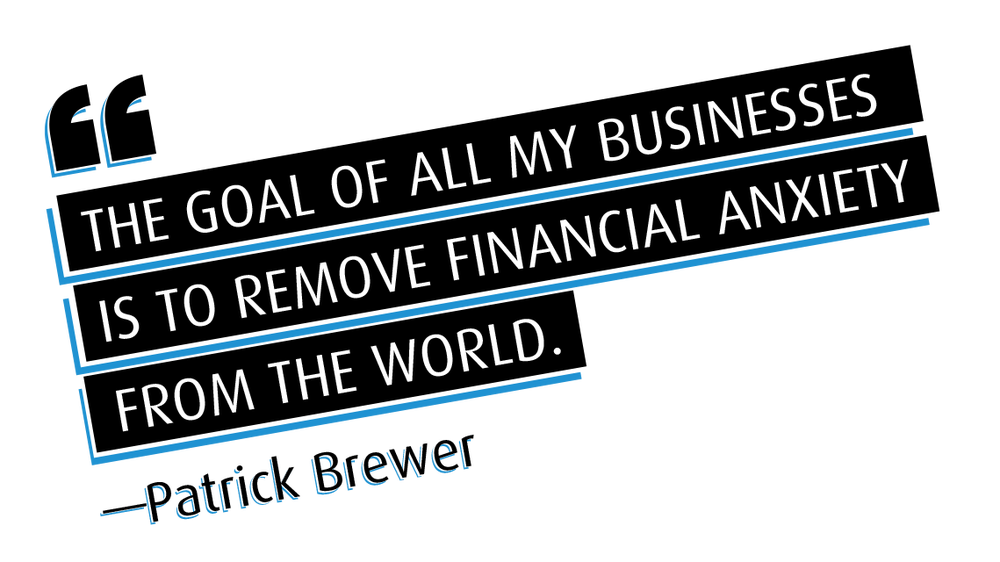 So, what is Brewer’s endgame?

“The goal of all my businesses is to remove financial anxiety from the world,” he shares. SurePath Wealth Management delivers fiduciary financial advice to consumers. Brewer Consulting helps advisors solve marketing and practice management puzzles. SurePath Partners supercharges advisors’ potential while allowing them to keep their independence.

“At the end of the day, I want to enable more advisors to help themselves, build sustainable businesses, and amplify their impact by teaming up,” concludes Brewer. A powerful statement from a 34-year-old with a lot of runway in front of him.