Aunt Jemima's Logo Has Changed 6 Times, and Its History Is Rooted in Racial Stereotypes and Slavery

Check out how the brand started and evolved over 130 years.

Aunt Jemima is changing its name and logo after 130 years of using a black woman as the staple feature of the brand's marketing.

The brand's parent company PepsiCo acknowledged the brand was ingrained in racist symbolism despite past attempts to update the imagery. The company anticipates new packaging will appear on the shelves later this year, and a new name will follow.

"We recognize Aunt Jemima's origins are based on a racial stereotype," Kristin Kroepfl, Quaker Foods North America's chief marketing officer, said in a statement. "While work has been done over the years to update the brand in a manner intended to be appropriate and respectful, we realize those changes are not enough."

Read on to see the history of Aunt Jemima and the changes that happened leading up to this week's announcement.

The Aunt Jemima brand was created in 1889 by Chris Rutt and Charles Underwood, two white men, to market their ready-made pancake flour. The origin of the company's imagery and branding is steeped in racist stereotypes symbolizing submissiveness and asexuality, Riché Richardson wrote in the New York Times. 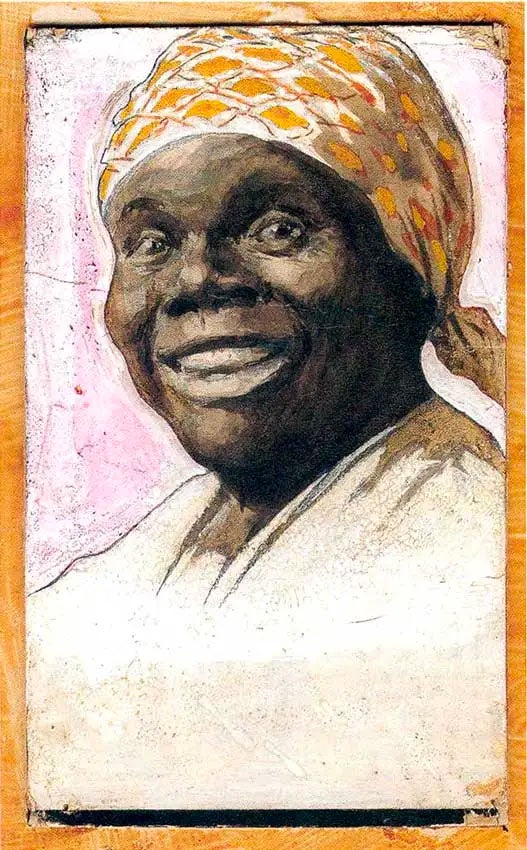 Rutt, one of the company's cofounders, got the idea for the name and logo after watching a vaudeville show in which the performer sang a song called "Aunt Jemima" in an apron, head bandana and blackface, according to the African American Registry. 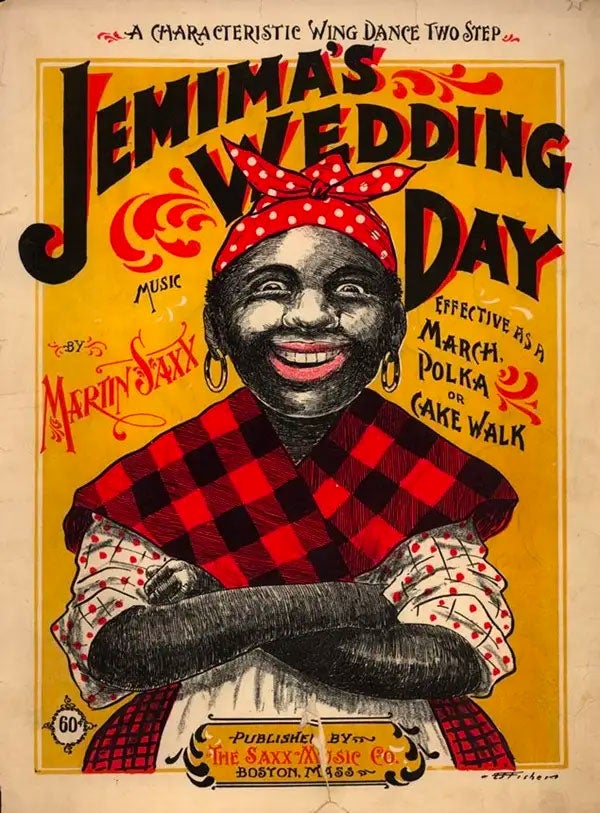 To read more about this history, visit the African American Registry.

The origin of the Aunt Jemima brand is rooted in the old Southern plantation stereotypes of the "mammy" — a figure portrayed as a devoted servant, according to the New York Times. 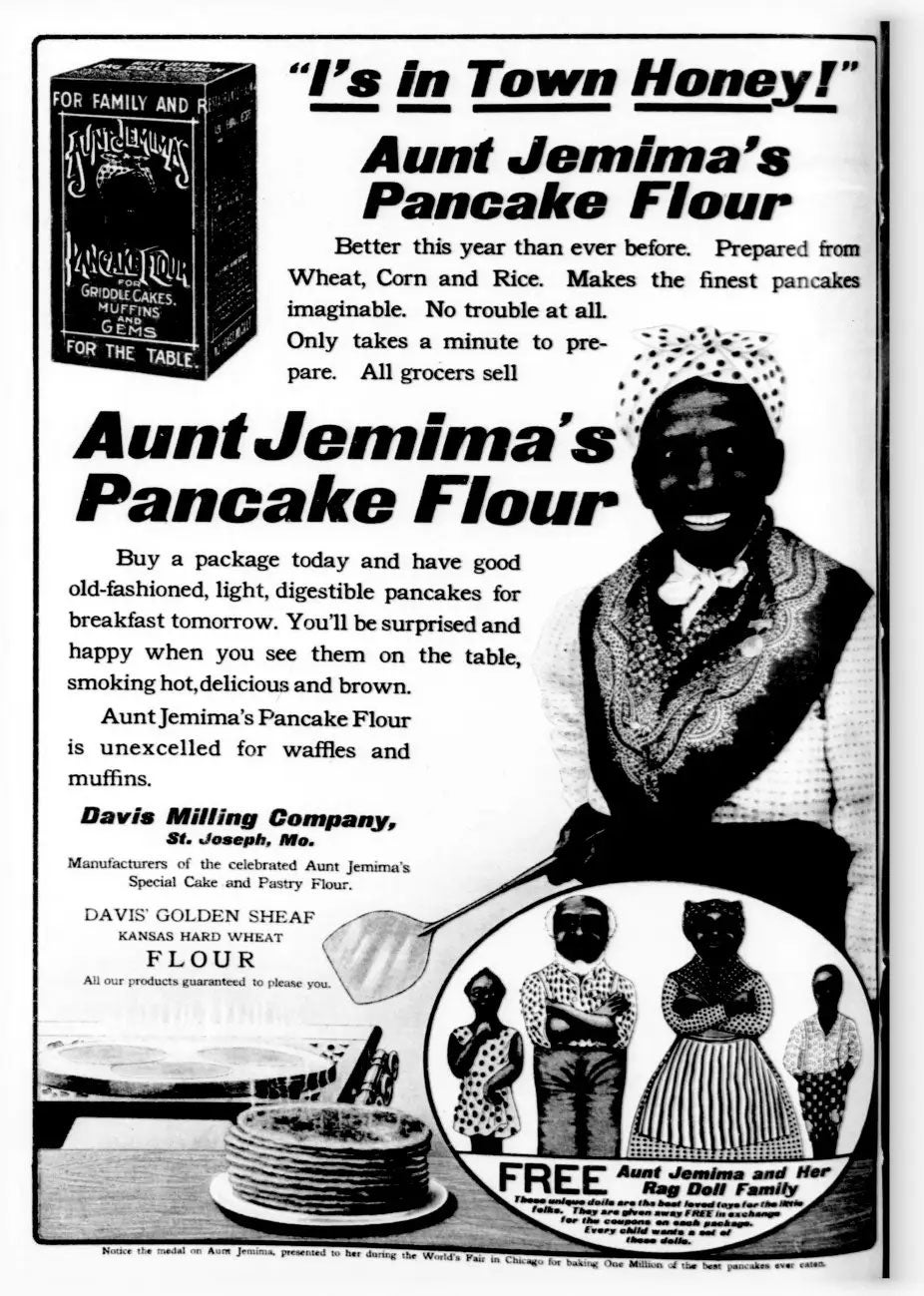 The two founders of Aunt Jemima, in need of money, sold the company to the R.T. Davis Milling Co. in 1890. From there, the company tried to find someone to be a living trademark for the company, according to the African American Registry. 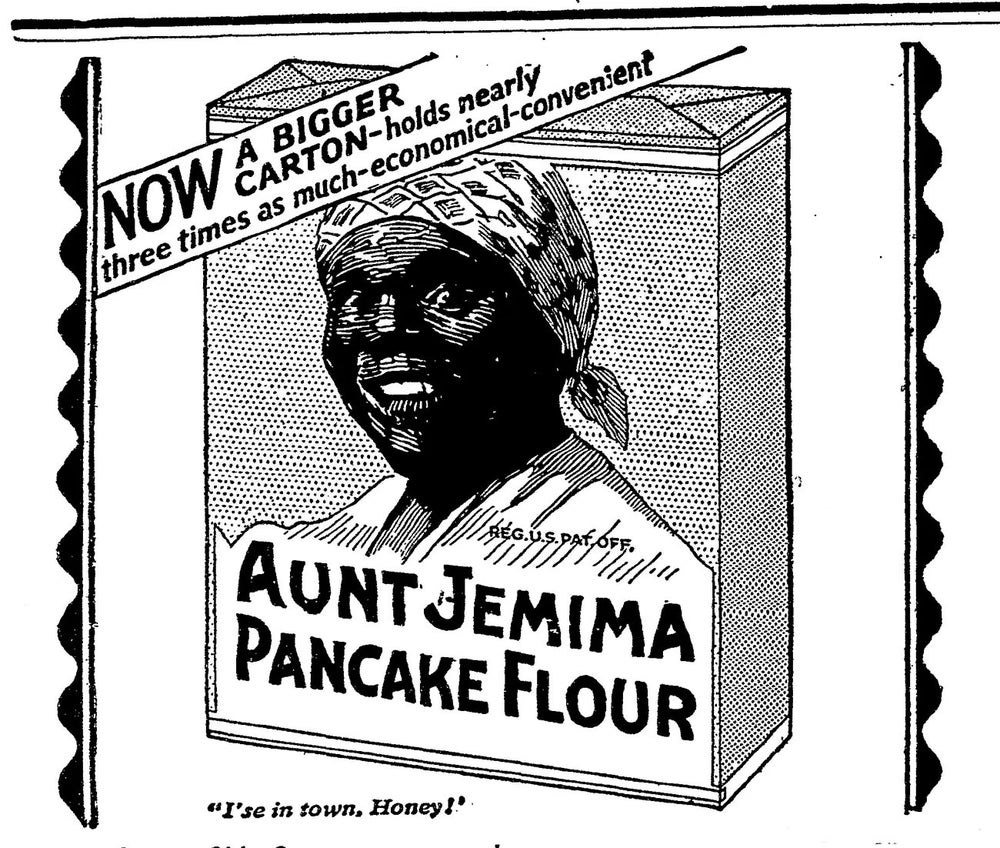 Nancy Green became the face of the product as the company's first black corporate model in the U.S. in 1893 at the World's Columbian Exposition in Chicago. Green was born a slave in Kentucky, according to the African American Registry. She was a storyteller, cook and missionary. 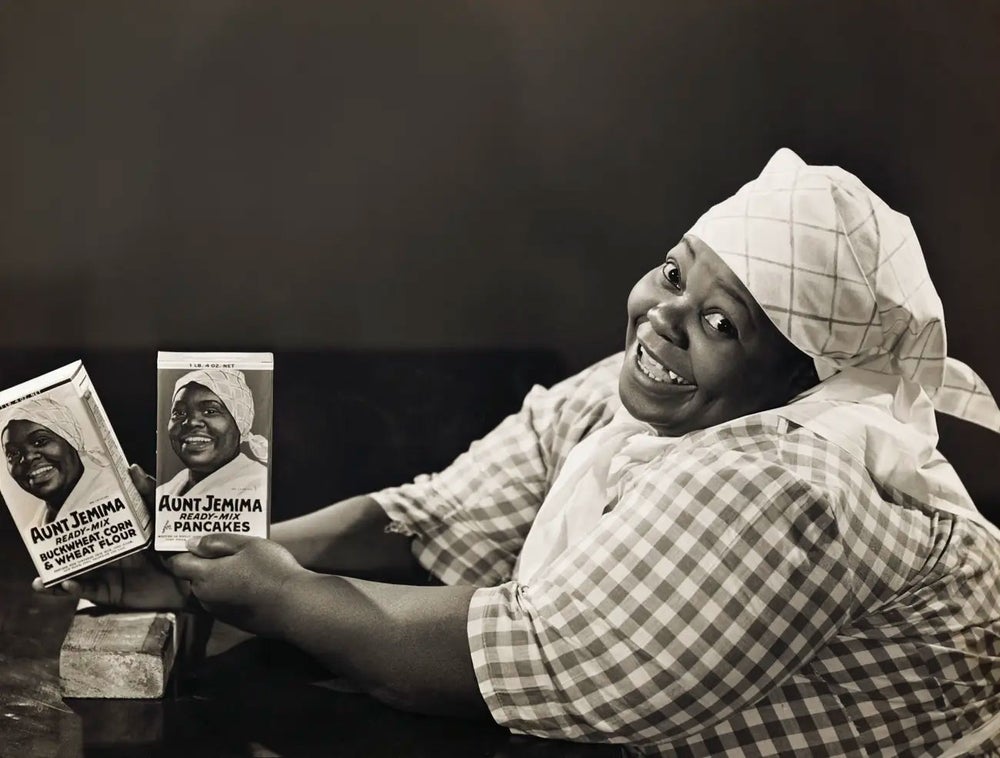 Quaker Oats Co. bought the company in 1925. They later trademarked the logo, making it one of the longest-running logos and trademarks in the history of American advertising, according to Richardson. 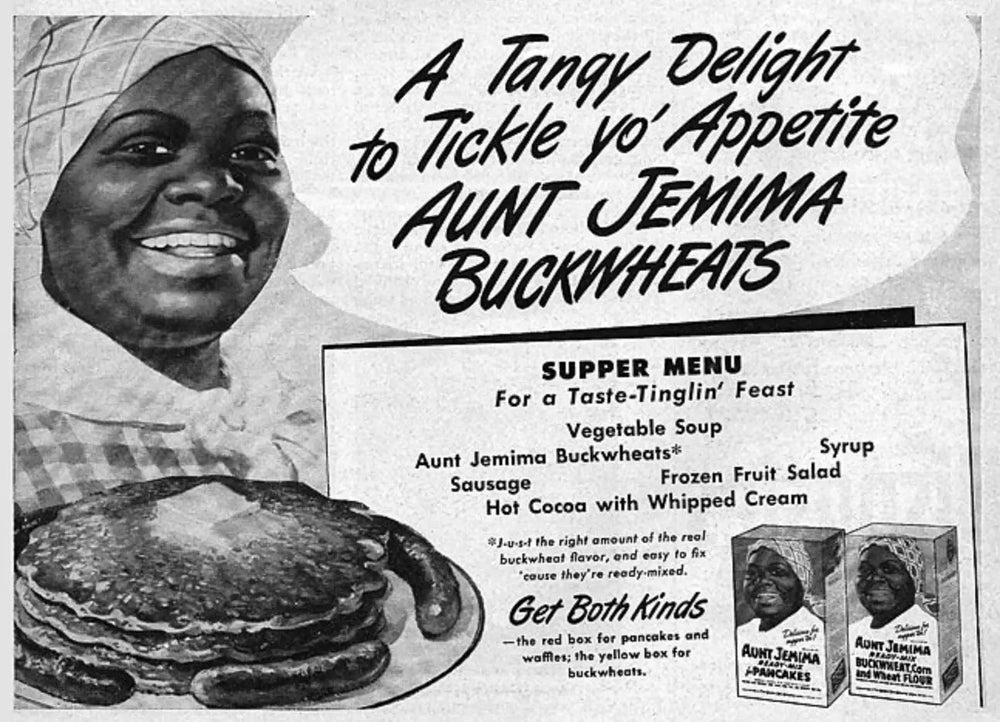 Different women took on the role of representing the character of Aunt Jemima over the course of the brand's history, including Aylene Lewis, Anna Robinson and Lou Blanchard, according to the brand's website. 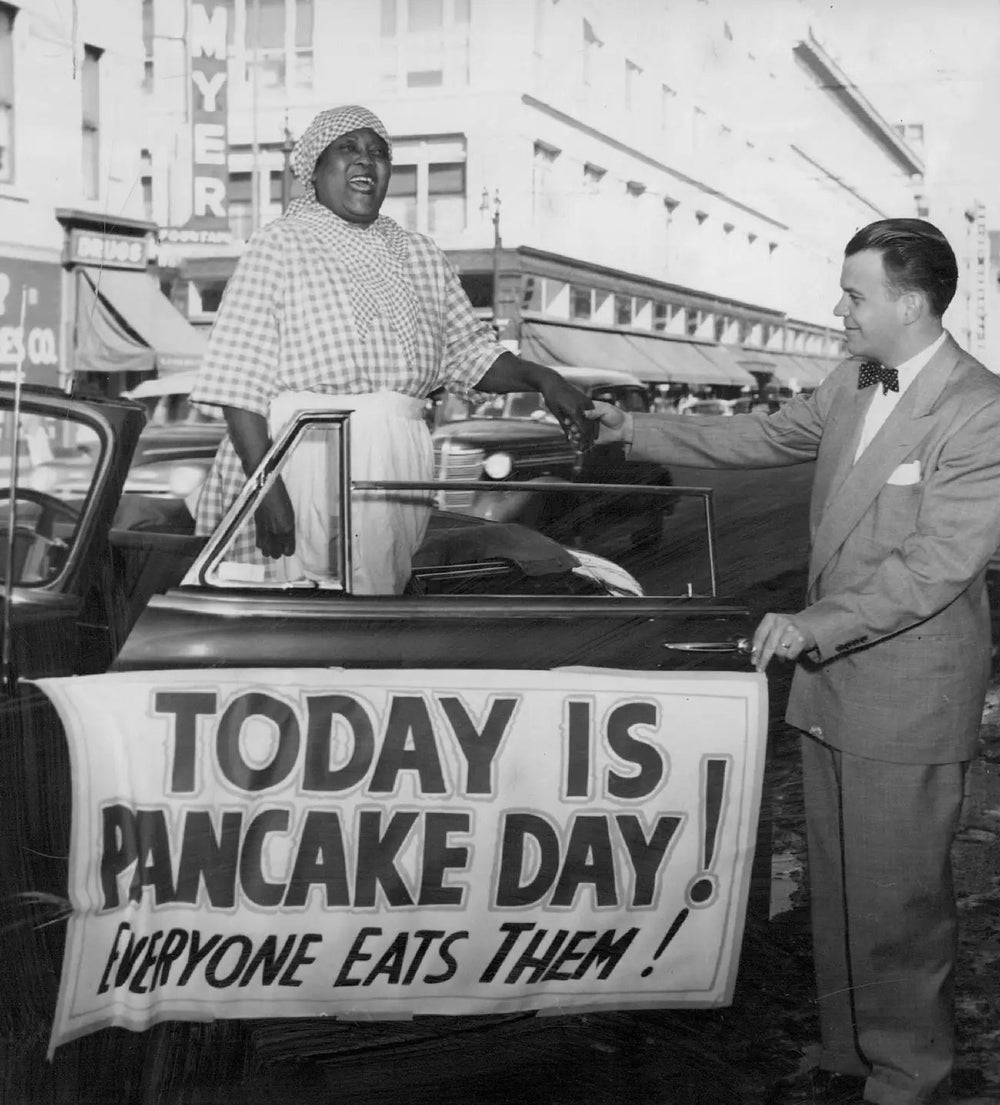 To see a timeline of the history, visit the brand's website.

The most updated version of the brand image added pearl earrings and a white collar to the Aunt Jemima character, according to Chicago Tribune. The Aunt Jemima logo changed six times before it was retired in 2020. 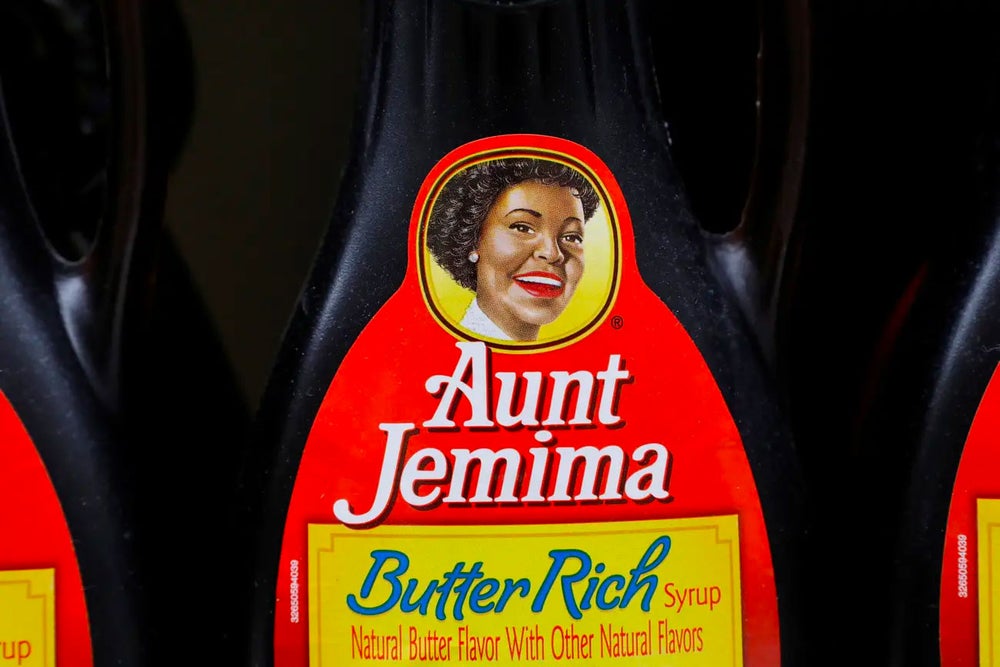 To read more about the changes in the Aunt Jemima imagery, visit the Chicago Tribune.