Laurie Ann Ximénez-Fyvie, head of the UNAM Molecular Genetics Laboratory, said on Twitter that we are barely seeing the Christmas cases and that the New Years and Kings cases are missing.

By Entrepreneur en Español January 15, 2021
This article was translated from our Spanish edition using AI technologies. Errors may exist due to this process.

Laurie Ann Ximénez-Fyvie , head of the Molecular Genetics Laboratory at UNAM, warned that the peak of infections that we have seen as a result of the end-of-year meetings in Mexico could last until the end of February or the beginning of March .

Through her Twitter account, the doctor in Medical Sciences from Harvard University, explained in a thread that unfortunately the increase in cases reported by the Ministry of Health is barely registering Christmas infections . 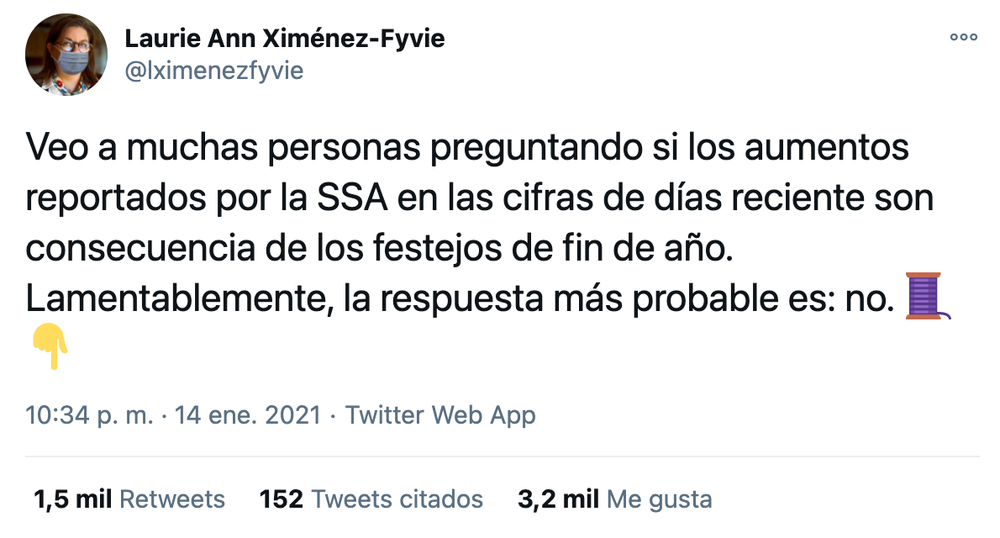 “The snowball started rolling on December 24, but it will continue to roll until late February or early March. The burden on the hospitals for Christmas, that one is at its peak, but the New Year's burden is barely visible and there is still a need for the Reyes service to begin ”.

According to the timeline shared by Ximénez-Fyvie, the increase in infections due to the end of the year parties will last until March : 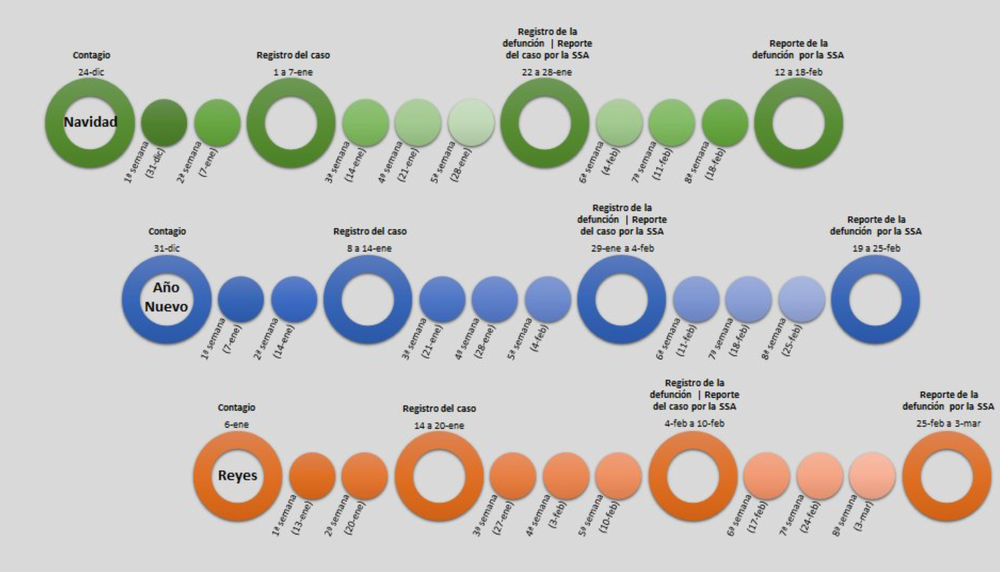 The expert also said that infections in the community continue to spread in her opinion, it has not been possible to detect "a significant proportion of asymptomatic cases so that they are isolated to cut their chains of transmission."

The head of the UNAM Molecular Genetics Laboratory also indicated that "the possibility that some of the most contagious variants of the virus is already circulating in our communities, paints a very critical scenario for this first part of the year."

He ended his thread congratulating that Mexico City will adopt an early care strategy for remote patients, although the Salvemos con Ciencia initiative will not be involved.