The 10 temptations you should not fall into as a leader

Often times the teams that do not bear fruit, it is because they lose the sense of their task.
Next Article

Gustavo Giorgi
home
July 15, 2021 9 min read
This article was translated from our Spanish edition using AI technologies. Errors may exist due to this process.
Opinions expressed by Entrepreneur contributors are their own.

The lines that follow are based one hundred percent on the experience of having seen and conversed with numerous Latin American leaders.

Today, I propose to analyze which are the main temptations that have been offered to you so that you avoid them and be warned of the risk that does not weigh their consequences.

1. Encourage employees with money to later obtain a specific behavior

Nowadays we have numerous studies that clearly establish that the so-called extrinsic motivation, normally constituted by prizes (or the well-known carrot) is worthless as a generator of enthusiasm.

However, tradition has taught us that if a team of people does not start, does not give the expected results or is in a moment of low productivity, we can administer the remedy of an economic incentive with a view to improving them.

Unless they are extremely routine and monotonous activities, in all the others we must avoid this temptation and change our behavior towards a different one: promoting the internal motivation of the collaborators, which is capable of modifying actions.

Often times the teams that do not bear fruit, it is because they lose the sense of their task. Each member does not know why he should do what is asked of him, much less what value he brings with his activity.

2. Do not make a difficult decision, thinking that people will "forget"

The path of leadership is plagued with complex situations, which merit making unpleasant decisions. A layoff, sanctions of different kinds, tackling a tactic, abandoning a long-standing customer or an established supplier.

In this sense, a frequent error of being observed happens because, due to lack of courage or fear of losing the admiration of collaborators, one avoids taking this type of action, with the naive idea of assuming that “everything happens”. On the contrary, each and every one of these situations that are not resolved tend to increase their emotional volume as the days go by and constantly acquire an increasingly bitter taste.

Always remember that postponing a decision to infinity the only thing that ensures are big problems on the horizon.

3. Incorporate the “least bad” applicant, instead of the one we really like, to meet the scheduled deadlines

There are times when we need to fill a position as quickly as possible and the pool of candidates is of a quality that does not meet the requirements.

In this context, when for that reason the least bad or the one that is least far from what is desired is chosen for that reason, we run the risk of it becoming a habit and we successively adding people to the company who are not up to the task. Thus, our internal talents will be conspicuous by their absence and when positions to be filled appear, it will force us to look abroad, generating an added problem: the frustration of our employees, who see promotion as impossible.

4. Place a member on the team "who will be my eyes and ears"

Leaders who fall into this temptation have a clear component of insecurity, feeling that if they do not know everything that happens, they could be in danger.

Then, people who use the logic of mistrust as a standard, will place a collaborator "of his kidney" whose main responsibility will be to tell him everything that his colleagues say, do or even think.

The effects of this are lethal. The credibility of the leader is undermined and collective mistrust is strengthened, seriously affecting the transparency that the team culture requires as the oxygen for its operation. 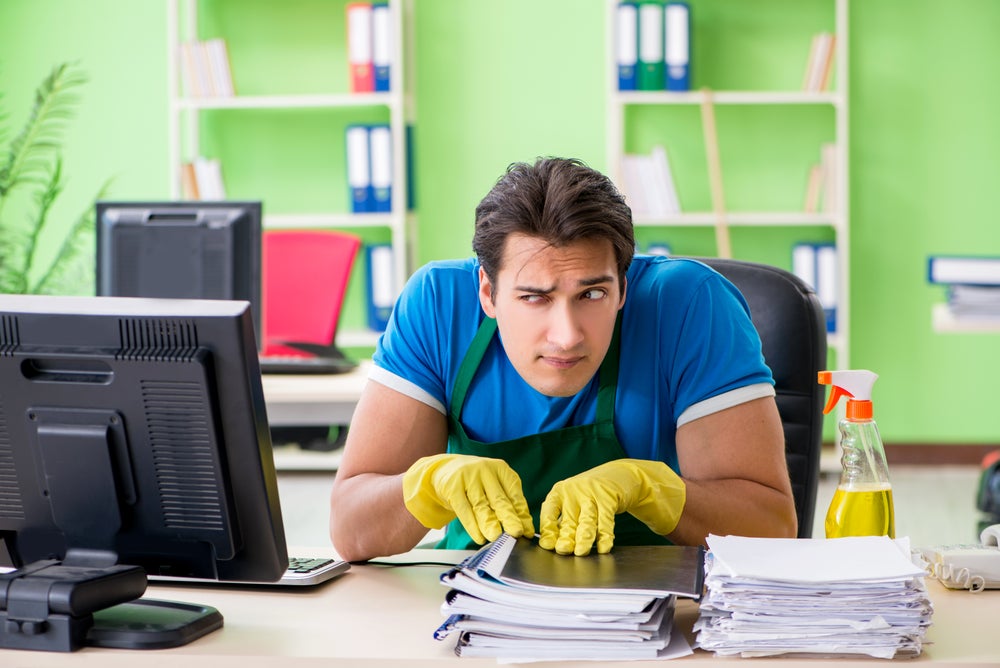 Don't be tempted to have a spy on your team / Image: Depositphotos.com

5. Say absolutely everything to give an image of honesty

I think that one of the main responsibilities of leadership is knowing how to dose the information.

Let's imagine an airplane pilot who detects an engine failure and immediately decides to report it, without any type of filter to the passenger. What for him means something everyday, for people it could be the end of it.

The fact of transferring information to employees requires care, taking into account the resources they have to understand it in a comprehensive manner.

Managing information is not hiding it, but having the ability to provide it at the right time to the right people.

6. Act without thinking with the excuse of a supposed authenticity

Laloux, in his magnificent book "Reinventing Organizations", tells us that in Teal companies, people show themselves just as they are, thus achieving fulfillment.

However, this does not imply exceeding the limits with respect to the other, or forgetting the respect for their ideas and individuality.

Sometimes aggressiveness is disguised with frontality, using the second as a shield not to recognize and then modify those negative attitudes.

7. Placing all the blame on the computer systems for not assuming their own responsibility or that of the team

It is easy to find blame for inefficiencies in others, especially if they are unable to respond.

Unfortunately, there are too many leaders who think that "until we buy a new System, we will be prisoners of its slowness." Technological backwardness is too easy a temptation not to fall for it ...

8. Foster internal divisions between teams so they don't become dangerous

Those leaders who fear the freedom of action and thought of their collaborators harbor the secret fear that, if the team acquires too much power, it could “unionize” and end up being a danger to the entire company. If this happens, the main person responsible would be precisely him, for not having stopped them on time.

I am convinced that dividing people is negative, and yet it responds to too popular a practice.

The temptation is to generate rumors, lies and other similar actions in order to break their cohesion.

The recommended path is to take advantage of that energy and channel it into spaces of collective creativity.

If the collaborators of a team come together to complain, the solution is not to divide them but to build a place where they feel psychologically safe and their honest opinions help us to identify the reasons for the upset. Then, and with our consequent empathic listening, we will have all the resources at hand so that, together with them, we can co-create the most appropriate solutions for their issues.

9. Always use the same methods that were previously successful.

We will all agree that it is crucial for a leader to stay current. Now, what prevents him many times is not his bad predisposition but his overconfidence in his historical methods.

When a recipe gave good results more than once, it ends up becoming a kind of untouchable creed, to which we must submit whenever the circumstances are similar.

Our current world of high volatility and complexity teaches us every day that what has been done in the past can be completely useless in the present. Therefore, it is best to always keep your head fresh and open to novelty and experimentation.

10. Take the part for the whole to gain confidence and security

Translated, it is to think that if your area is fine, everything is. Or on the contrary. It is, in other words, losing the holistic vision of the business and only worrying about what is under your control. Leaders who fall for this temptation are surprised, most of the time, when the factual data disproves it. Thus, I have had to witness meetings in
The ones where the manager boasted of the good performance of his team and then fell silent when he learned that it was useless if the company as a whole was going through serious financial problems.

As can be seen, most of them have a common factor, which I think is their reason for being: Prioritize the short over the long term.

We know that organizations long ago abandoned predictive models for adaptive ones, to react quickly to the changes that are happening, but this does not mean losing sight of values, vision and much less purpose. If the latter happens, have no doubt that the chances of falling into temptation will be greater and greater.