The application will guide users by default with the route with the lowest carbon footprint.

By Entrepreneur en Español October 7, 2021
This article was translated from our Spanish edition using AI technologies. Errors may exist due to this process.

Google Maps wants to help you save fuel and take care of the environment, now the navigator that is characterized by showing the routes with less traffic so that its users reach their destination faster will give priority to those more sustainable roads.

Although it is a feature that the technology company had announced in March of this year 2021, it came into force this Wednesday in the United States and is expected to work in Europe from 2022.

The app will show users by default the route with the lowest carbon footprint when it has approximately the same arrival time as the fastest route.

“In cases where the eco-route could significantly increase your ETA (Estimated Time of Arrival), we will allow you to compare the relative CO2 impact between routes so that you can choose,” explains the company. 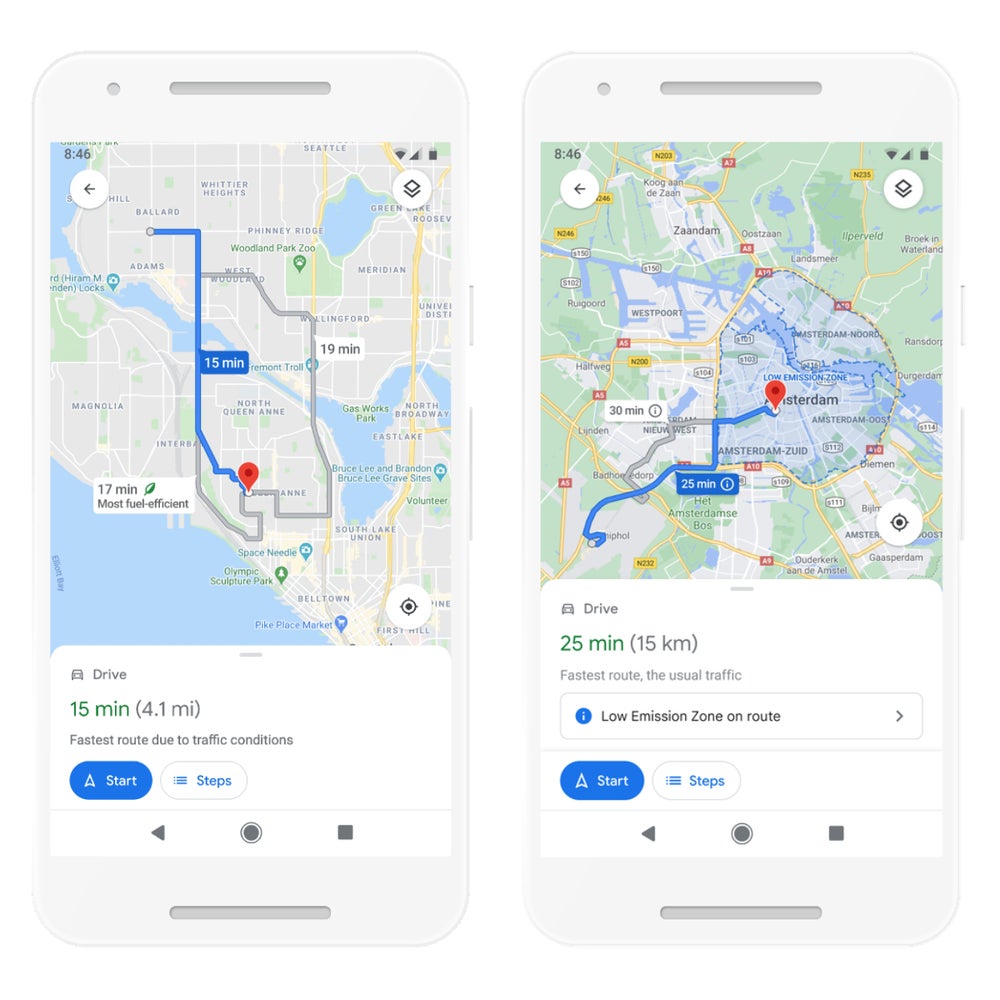 Still, users who prefer the faster route as the default will be able to configure it in the platform settings.

How do ecological routes work?

In its blog post, Google explains that this is made possible by the insights of the US Department of Energy's National Renewable Energy Laboratory.

The technology company calculates the fuel use of cars based on road incline, traffic congestion and traffic predictions, according to CNBC .

According to the US media, Sundar Pichai , CEO of Google, commented that they believe that this function will have the same impact next year as taking more than 200 thousand cars off the road.

Live View Can Guide You Inside Shopping Centers, Airports and Train Stations