Is Albemarle Setting Up for a Breakdown?

A support line has formed in the chart of Albemarle Corp. (ALB). If the stock falls through this line, a breakdown could occur. Read more to learn how to take...

By Christian Tharp October 11, 2021
This story originally appeared on StockNews

A support line has formed in the chart of Albemarle Corp. (ALB). If the stock falls through this line, a breakdown could occur. Read more to learn how to take advantage of this trading opportunity.

Albemarle Corp. (ALB) is the world's largest lithium producer. The company produces lithium from its salt brine deposits in Chile and the U.S. and its hard rock joint venture mines in Australia. It is also a global leader in the production of bromine, used in flame retardants, and a major producer of oil refining catalysts.

The company should benefit from its actions to boost its global lithium derivative capacity. Plus, its costing cutting actions bode well. However, Lithium could see headwinds due to weak pricing and lower automotive production due to the global chip shortage.

ALB has a solid balance sheet with $824 million in cash as of the end of the second quarter, compared to only $1 million in short-term debt. Earnings have grown an average of 25.2% over the past three years but are expected to fall 29.4% year over year in the third quarter.

The stock also looks overvalued with a trailing P/E of 35.75 and a forward P/E of 43.86. ALB was showing long-term bullish momentum from March to early August, but performance has been mixed ever since, as shown in the chart below.

Take a look at the 1-year chart of ALB below with added notations: 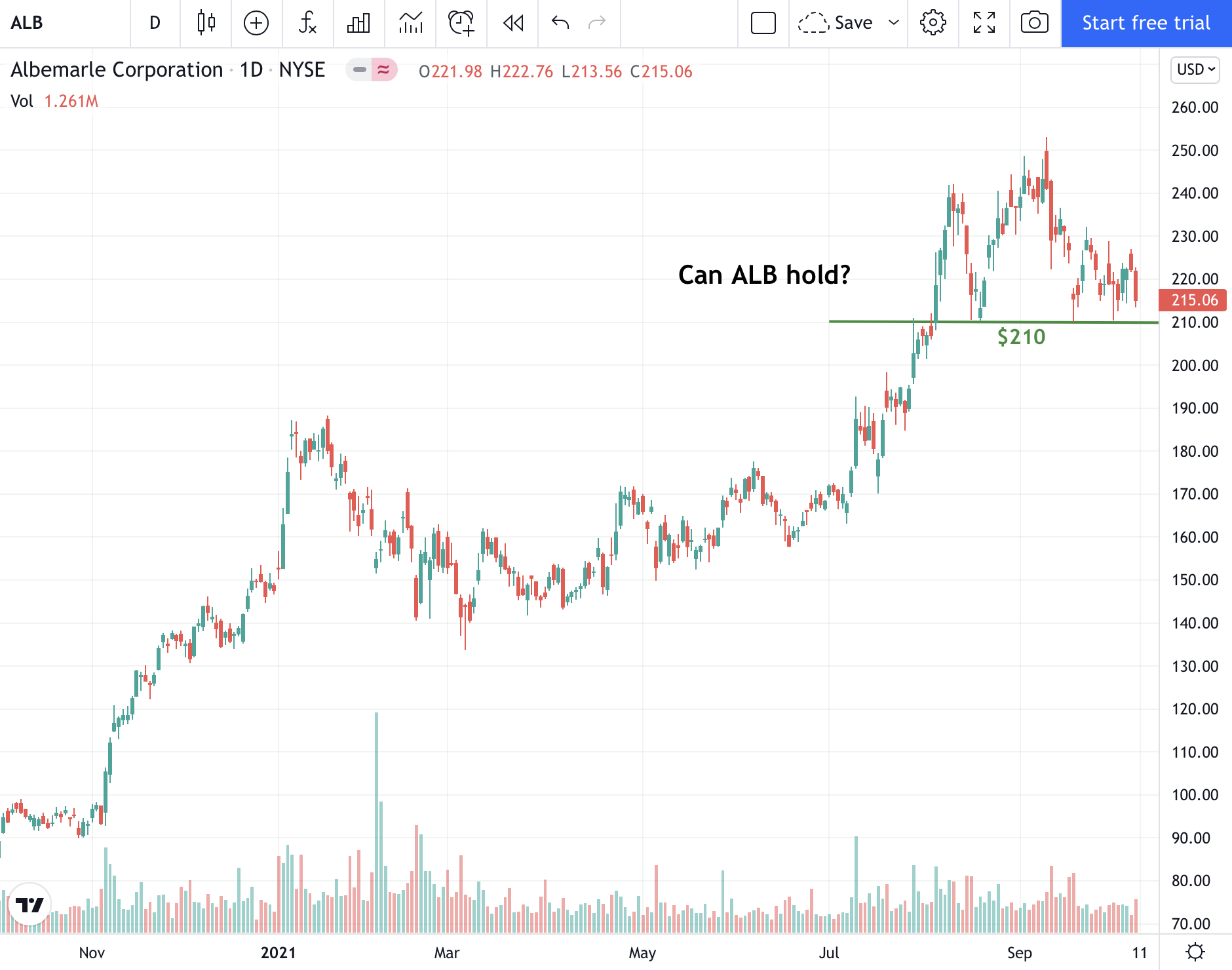 Chart of ALB provided by TradingView

ALB has created a major level of support at the $210 (green) mark over the past couple of months. The stock looks to be falling and may be on its way back down to the $210 mark again. A failure to hold that line will likely lead to lower prices, overall, from there.

If the stock were to break below the $210 support, a trader could enter a short position with a protective stop order placed above the entry point.

The post Is Albemarle Setting Up for a Breakdown? appeared first on StockNews.com