Exelon (EXC) has made considerable progress as the country's leading competitive energy supplier. However, two of EXC's power reactors suffered huge losses last year, indicating that the nuclear sector is...

By Pragya Pandey April 19, 2022
This story originally appeared on StockNews

Exelon (EXC) has made considerable progress as the country's leading competitive energy supplier. However, two of EXC's power reactors suffered huge losses last year, indicating that the nuclear sector is still struggling to compete with cheaper renewable energy sources. So, is it worth betting on EXC now? Let's discuss.

Chicago's Exelon Corporation (EXC) is a prominent nuclear electric power generation company with the most electricity and natural gas consumers in the United States. 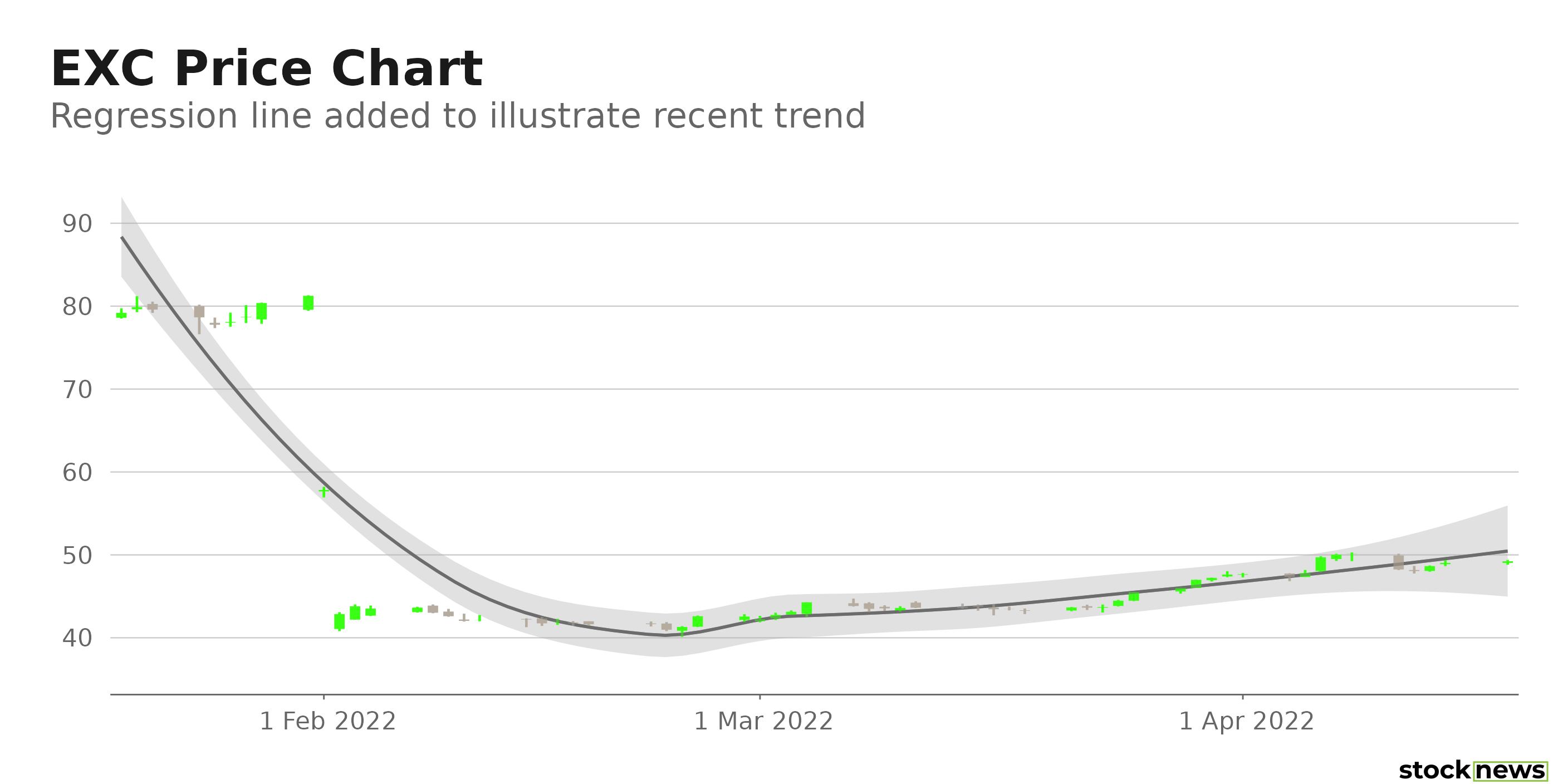 While last year's passage of a clean energy bill in Illinois to achieve 100% renewable energy by 2050 has aided EXC's nuclear business, the company's continuing disadvantage in nuclear power's competitive battle with cheaper, existing sources of energy might fuel bearish sentiment among investors.

So, here is what could shape EXC's performance in the near term:

For 2021, customers of the six EXC utilities achieved another year of historically high electric service dependability because of the company's strategic investments in energy grid resiliency and modernization, along with its dedication to operational excellence and affordability. Exelon's findings highlight the significance of protecting the grid against the effects of climate change to counteract the trend of diminishing grid dependability.

The United States Energy Information Administration claims that nuclear power capacity is expected to decline by more than 20 GW by 2050. Furthermore, higher nuclear fuel costs could hurt nuclear power's long-term competitiveness versus cheaper forms of renewable energy, particularly natural gas, and government-subsidized renewables. EXC said last year that its facilities were losing hundreds of millions of dollars because the plants, which were built decades ago, are still unable to compete in today's market with alternative types of energy.

EXC has an overall C rating, which equates to a Neutral in our proprietary POWR Ratings system. The POWR ratings are calculated by considering 118 distinct factors, with each factor weighted to an optimal degree.

Our proprietary rating system also evaluates each stock based on eight distinct categories. EXC has a D grade for Quality which is justified given its poor profitability.

Among the 62 stocks in the F-rated Utilities – Domestic industry, EXC is ranked #36.

Beyond what I have stated above, you can view EXC ratings for Stability, Momentum, Growth, Value, and Sentiment here.

Although Illinois lawmakers' passage of a comprehensive clean energy bill allowed EXC to keep its loss-making nuclear power plants open, the stock's upside could be limited given that the nuclear power plant operator is competing against cheaper natural gas and subsidized wind and solar. In addition, analysts expect its EPS and revenue to decline 19.9% and 49.5%, respectively, in its fiscal 2022. Therefore, we think investors should wait before scooping up its shares.

How Does Exelon Corporation (EXC) Stack Up Against its Peers?

While EXC has an overall C rating, one might want to consider its industry peer, Brookfield Infrastructure Corp. (BIPC), which has an overall B (Buy) rating.

EXC shares were unchanged in premarket trading Tuesday. Year-to-date, EXC has gained 20.32%, versus a -7.50% rise in the benchmark S&P 500 index during the same period.

The post Up 19% in 2022, Will Exelon Continue to Rally? appeared first on StockNews.com