Travel is expected to boom this summer despite concerns about inflation and high gas prices because COVID-19 restrictions have eased. So, given its robust financials and a reasonable valuation, would...

By Dipanjan Banchur April 27, 2022
This story originally appeared on StockNews

Travel is expected to boom this summer despite concerns about inflation and high gas prices because COVID-19 restrictions have eased. So, given its robust financials and a reasonable valuation, would it be wise to bet on TravelCenters of America (TA) to capitalize on the favorable industry trends? Read on to learn our view.

On April 4, 2022, TA announced the completion of acquisitions of two travel center locations along the Interstate 81 corridor in Virginia–Petro Raphine and TA Lexington–in time for the travel boom expected this summer. Both have been successful TA franchise locations since 2011, and by owning these locations TA expects to realize significantly higher cash flows.

In the absence of the pandemic-related restrictions, Americans look set to travel this summer despite surging inflation and skyrocketing gasoline prices. Summer has traditionally been the busiest and most profitable season for the travel industry. Growing consumer spending and pent-up demand suggest a busy season for the travel industry. In its newest economic model, the World Travel & Tourism Council (WTTC) has projected that U.S. travel and tourism could reach nearly $2 trillion in U.S. GDP contribution and surpass pre-pandemic levels by 6.2%. TA stock has gained 34.9% in price over the past year and 20.1% over the past nine months to close the last trading session at $36.52. 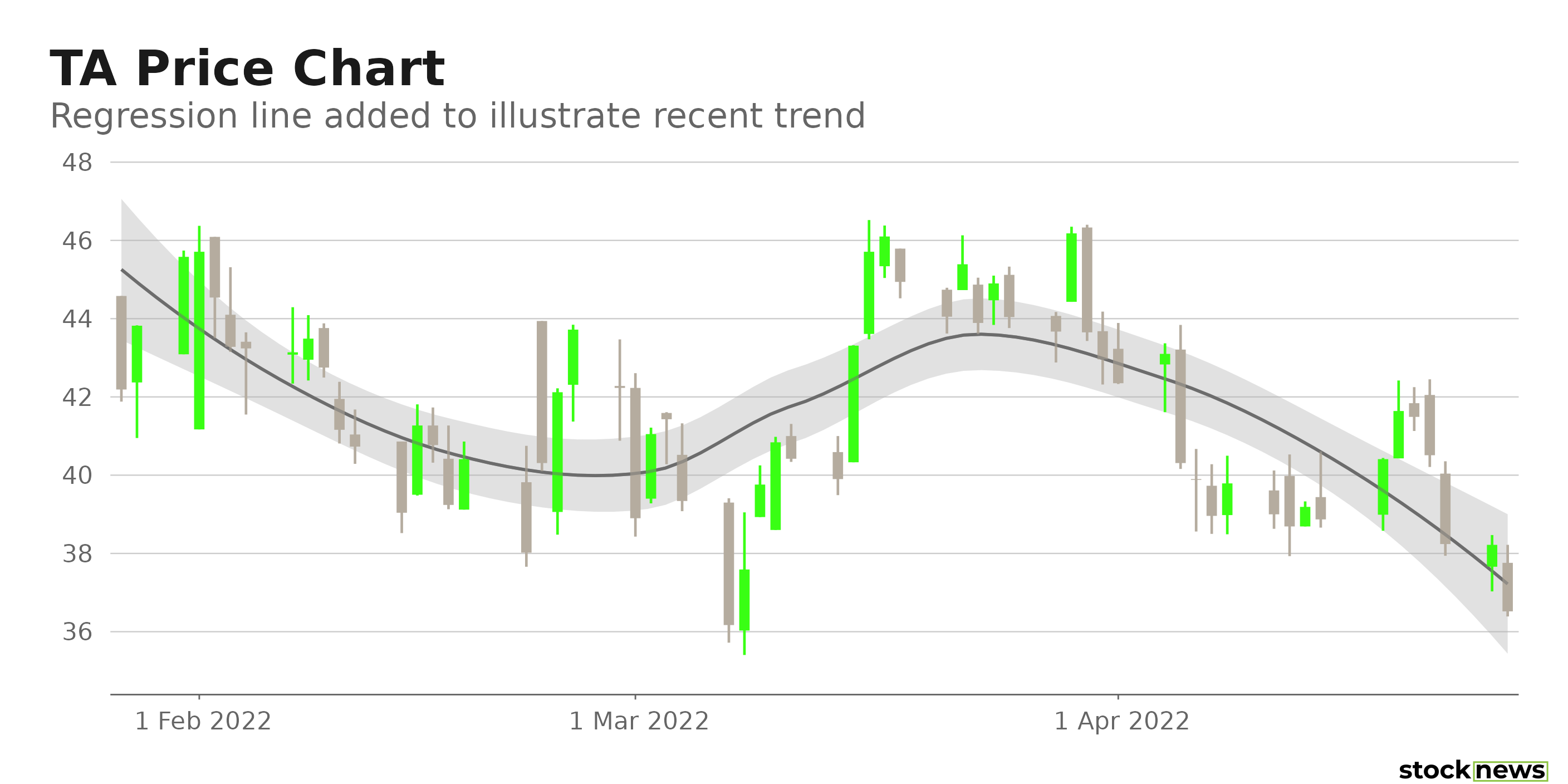 Here is what could influence TA's performance in the upcoming months:

TA has an overall A rating, which equates to a Strong Buy in our POWR Ratings system. The POWR Ratings are calculated by considering 118 distinct factors, with each factor weighted to an optimal degree.

Our proprietary rating system also evaluates each stock based on eight distinct categories. TA has an A grade for Growth. This is justified given its revenue and earnings growth over the past year.

In addition, the stock has a B grade for Sentiment, which is in line with its revenue and earnings growth estimates.

TA is ranked first among 46 stocks in the Specialty Retailers industry. Click here to access TA's ratings for Momentum, Stability, and Quality.

With the travel industry expected to roar back this summer, TA looks well-positioned to capitalize on this. Given its discounted valuation, robust financials, and positive revenue and earnings growth estimates, we think it could be wise to buy this stock now.

How Does TravelCenters of America Inc. (TA) Stack Up Against its Peers?

TA has an overall POWR Rating of A, which equates to a Strong Buy. Check out these other stocks within the Specialty Retailers industry with a B (Buy) rating: The ODP Corporation (ODP), Canadian Tire Corporation, Limited (CDNAF), and NEXT plc (NXGPY).

TA shares were unchanged in premarket trading Wednesday. Year-to-date, TA has declined -29.25%, versus a -11.77% rise in the benchmark S&P 500 index during the same period.

About the Author: Dipanjan Banchur

Since he was in grade school, Dipanjan was interested in the stock market. This led to him obtaining a master's degree in Finance and Accounting. Currently, as an investment analyst and financial journalist, Dipanjan has a strong interest in reading and analyzing emerging trends in financial markets.

The post Is TravelCenters of America a Good Buy with Travel Booming This Summer appeared first on StockNews.com