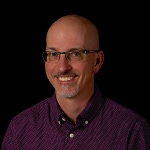 David Stubenvoll is a streaming industry veteran, launching Wowza Media Systems with Charlie Good to fill a stark void in the industry: the lack of flexible, simplified media server software on which to build reliable streaming. Wowza is Dave’s fifth new business venture, having previously served as Entrepreneur in Resident at Adobe Systems and as CEO/co-founder of Freeworks. Dave has also held senior positions at Intuit and served as President of GALT Technologies (an Intuit subsidiary). Dave holds two patents and concurrently earned a JD from Boston College Law School and an MBA from the Carnegie Mellon University Tepper School of Business. He holds a BS in Mechanical Engineering from Clarkson University.

Maybe You Should Send Your Co-Founder a Valentine This Year

There are many similarities between finding your one-true love and finding a business partner compatible for the long haul.