For the past 40 years, ZD Wines has crafted uniquely delicious wines. 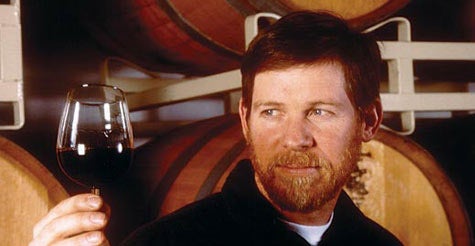 Forty years have passed since aerospace engineers Norman deLeuze and Gino Zepponi were first issued a permit to start ZD Wines. With the help of their families, they set out to realize their dream of making fine Burgundian Chardonnay and Pinot Noir. It didn't take long for them to make their mark on the wine industry, and in 1978 they purchased a second parcel of land in Napa Valley's Rutherford District to plant Cabernet Sauvignon.

Through the years, the family-owned and operated winery has maintained the style and character of its wines. Norman's son Robert worked as winemaker for many years, until the winery's success called for him to assume a more administrative role. Fortunately, Robert had groomed Chris Pisani for the task for several years, and Chris adeptly took the reins as head winemaker in 2001. "I feel a sense of pride knowing that the wines we produce are crafted from the best possible grapes, with an attention to winemaking that comes from ZD's 40 years of history and experience," Chris says. Now Robert's eldest son Brandon, works as assistant winemaker with Chris.

For the past 10 years, in addition to its flagship estate varietals, the winery has produced an intriguing solera-style blend of all of ZD's Reserve Cabernet vintages called ZD Abacus. This limited-production wine is a source of particular pride for Chris--and now Brandon, too.

As the third generation of deLeuze family members emerges at ZD Wines, so too does a strong focus on sustainable farming and environmentally friendly practices. All ZD vineyards are certified organic, the winery facility itself is a certified organic handler, and the winery's power is supplied completely by solar energy.

With a confident eye on the future, ZD Wines celebrated its 40th anniversary with an unforgettable harvest festival in early October. Now, everyone is urged to raise a glass. In Chris's words: "By enjoying our wines, you share in our history, in our heart, and in the passion that we put forth every day."

Getting There:
Take Hwy 29 N to Oakville. Turn right on Oakville Cross Rd and continue until it intersects the Silverado Trail. Turn left and drive north (2 miles). The winery is on the left.