The first hotel will break ground later this year in Phoenix, Arizona. Another is being planned for Las Vegas. They promise to offer Atari-themed lodging, along with lots of video gaming experiences.

By Michael Kan
January 28, 2020
This story originally appeared on PCMag

Atari Interactive thinks it has an idea to rekindle interest in the gaming brand: It wants to build Atari-themed hotels.

On Monday, the company announced it was partnering with a design agency to build at least eight video-gamed themed Atari Hotels in the US with the first one slated to break ground in Phoenix, Arizona later this year.

Related: How Boutique Hotels Are Courting Googlers and Gamers

The idea is certainly unconventional, but Atari says the concept will connect with the public at a time when the market for gaming is exploding. Not only will the hotels provide Atari-themed lodging, but also lots of video gaming, including the latest VR and augmented reality experiences. In addition, some of the hotels will be designed to host esports events. 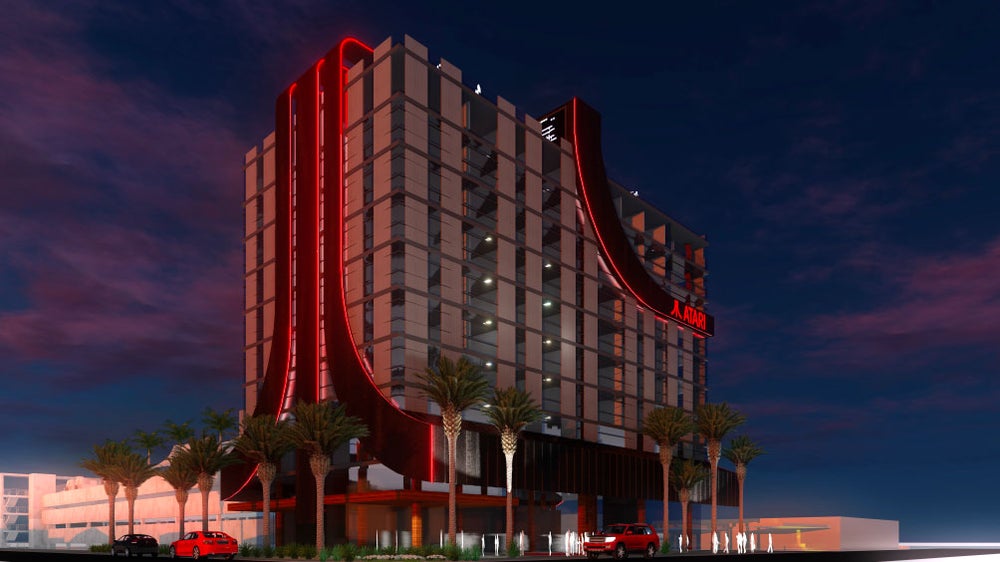 "Together we'll build a space that will be much more than just a place to stay," Atari CEO Fred Chesnais said in a statement. "Atari is an iconic global brand that resonates with people of all ages, countries, cultures and ethnic backgrounds and we cannot wait for our fans and their families to enjoy this new hotel concept."

Related: As Buried Cartridges Are Unearthed, Atari Plots a Comeback

Additional hotels are planned for Las Vegas, San Francisco, Seattle, Chicago, Denver, Austin and San Jose. Interested customers can sign up at the Atarihotels.com website to stay up-to-date on the project.

In the meantime, Atari Interactive is preparing to launch a new retro-themed console. The Atari VCS is slated to start shipping in March starting at $249, and will let you play 100 classic pre-installed Atari games in addition to modern PC games.