Mignon Clyburn wants you to comment starting this Thursday to preserve the Open Internet Order and register public support for net neutrality and a free, open internet.

Does the FCC care about net neutrality? Outgoing Commissioner Mignon Clyburn sure as hell does.

The Obama appointee was sworn in as an FCC commissioner in 2009, and helped craft and pass the 2015 Open Internet Order establishing net neutrality. She was re-nominated in 2012, and in 2013 was appointed by President Barack Obama as acting chairwoman. Clyburn's term ends this year, but the former South Carolina congresswoman isn't done yet. 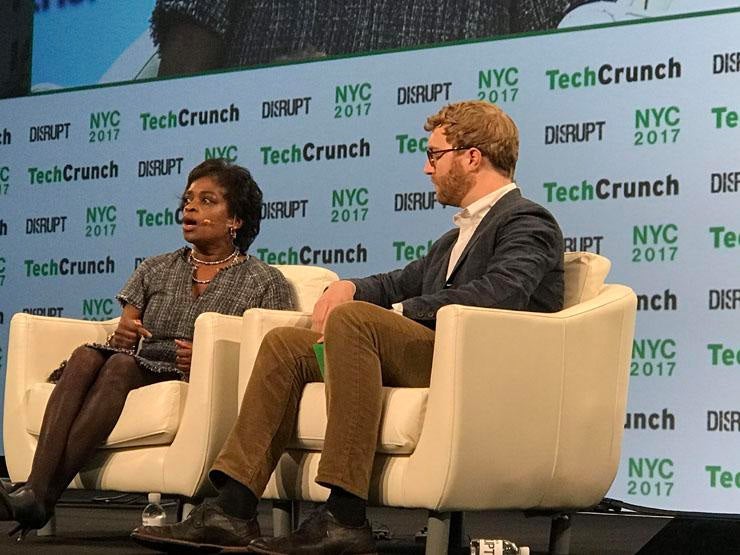 Clyburn took the stage at TechCrunch Disrupt in New York City for a keynote entitled "Commission impossible: Keeping the internet free," where it became clear from the get-go that Clyburn is fighting tooth-and-nail within the FCC to preserve net neutrality while she still can. The FCC has a new Trump-appointed head now, Ajit Pai, and the current chairman (and former Verizon lawyer) is no friend of net neutrality.

In an impassioned interview that included several ovations from the TechCrunch Disrupt crowd, Clyburn gave an honest appraisal of where the FCC and net neutrality stand in 2017, explained where she stands on the issue and what she thinks the American public can do about it.

"Net neutrality is doomed if we're silent. I don't know what's going to happen [with the vote on May 18], but I know I will vote the opposite way of the other two," said Clyburn, referring to her fellow commissioners, Chairman Pai and Michael O'Rielly.

"What we've seen [since implementing the Open Internet Order] is success, and what we know is that if left unchecked, if there's no referee on the field, the companies and internet service providers will do what they do best: answer to shareholders and double down on market share," Clyburn continued.

"Broadband and the internet is the most enabling platform of our time. It should not be a regulation-free zone. We need to make sure there's a referee there calling their own shots. If we don't have that, then shame on us. It's dead if we're silent, regardless of the vote."

"We need to continue to make the business case for an open internet and ensure there are protections consumers want and deserve," Clyburn said. "We're getting an overwhelming number of comments saying people want to be protected."

Clyburn said that thus far, more than 96 percent of the comments the FCC has received have been in favor of an open internet and for preserving net neutrality.

"The FCC has a process that begins Thursday," Clyburn said, referring to the open meeting, where a vote will take place. "We will open a notice of proposed rulemaking and then open the door for you to comment.

"Even if you have weighed in already, it's not officially a part of the record until that notice is published and put forth and we affirm for you to do so," Clyburn stressed. "That is when it matters. I don't know what the vote is going to be in the months that follow, but that's where it matters. The only way to defend against something is to weigh in, and we have the opportunity to get legitimate numbers on what the country is thinking. The important thing is what you think and what you feel, and you've got to weigh in when the comments cycle opens."

On the FCC's characterization of net neutrality.

FCC Chairman Pai has characterized the regulatory framework of the 2015 Open Internet Order as "depression-era monopolized rules" inhibiting business, and wants to roll back the order and allow ISPs to police themselves.

"I've been around the FCC for nearly eight years, and I didn't feel pushed or pulled. I was given a mandate by the American people to say we believe in this enabling platform, but we believe protections are important," Clyburn said. "If left unchecked, there is incentive for a large internet service provider to favor their associates and we don't think that should be the case.

"A company should not be responsible for the on and off ramps of the most significant enabling platform I've seen in my lifetime that's lowering barriers to entry," Clyburn continued. "We don't think one or two or three providers should dictate what your experience should be, and we don't think it should be a regulatory-free zone where these companies are coming up with voluntary standards."

What Clyburn plans to do next.

Clyburn's interview didn't stop at net neutrality. She explained some of the other key issues she has been involved with as FCC Commissioner, including the FCC's Healthcare Connect Fund, its Universal Services Fund to provide communication access to citizens in remote or disadvantaged communities and her fight to bring down the exorbitantly high telephone rates for inmates calling their families from prison.

"You talk about something being part of your DNA, well I'm smitten. I would not be able to sleep if I didn't continue to do everything to close the gaps on these issues. You cannot afford to be silent no matter what the vote is, no matter what the order says. The best court is the court of public opinion," Clyburn said. "I can promise you [on net neutrality], that before it all ends we will have an open, inclusive, participatory platform that you will be part of. I promise you that." 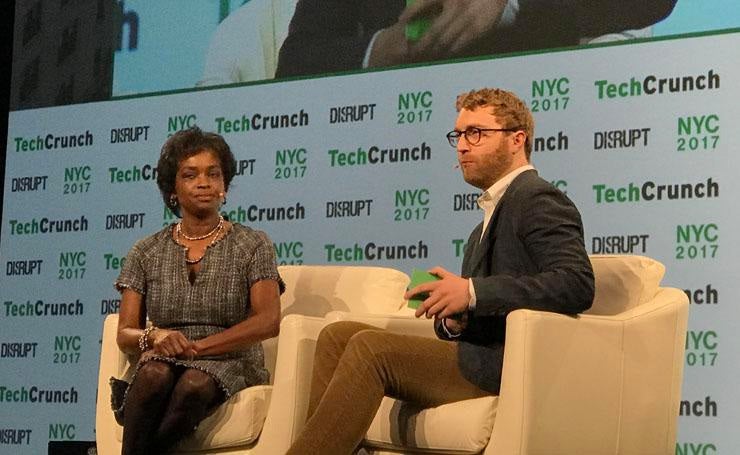 Before her career in politics, Clyburn spent 14 years as publisher and general manager of The Coastal Times, a Charleston, S.C.-based weekly newspaper that focused primarily on issues affecting the African-American community. As for what Clyburn will do when her term comes to an end this year, she's not going far.

"I'm a politician's kid," she said (her father is Rep. Jim Clyburn, a South Carolina Democrat). "I'm going to be speaking for those women and girls who have few options, and I'm going to be able to research and hopefully craft policy and a business model that will look at rural communities where the infrastructure does not properly flow."

How can we save net neutrality?

Clyburn's term isn't over quite yet, so for now she plans to keep fighting for net neutrality.

"However long I will be there, I will continue to be your voice, speaking up for open platforms, speaking up for parity, speaking up for affordability, because all of these things help the country. If you build it and I can't afford to come, the both of us are frustrated. That's the kind of regulator you want. The regulator who looks at the entire ecosystem and says if it's not affordable, open, accessible and you're at a disadvantage because a company is calling the balls and strikes, then we have not done right by you," Clyburn said.

"You want a commission reflective of the American experience; that's diverse, that's engaged. You don't want five people up there singing from the same hymn," she added. "You want people that reflect your point of view. When you have that kind of inclusion and diversity, you get better policy."

As for what we as citizens and consumers can do to preserve net neutrality, Clyburn pointed right back to this Thursday's official call for open comments. For a quick path around the red tape and directly to the FCC public comment section on the forthcoming vote, you can use this link, courtesy of Last Week Tonight with John Oliver. Once public comment officially opens on Thursday, the link will work. To those looking for resources to register their opinion, Clyburn said that's where you start.

"Thursday is the launch. When we say that the item is scrubbed and published, you need to weigh in if you care about a free and open internet. You have to keep an eye on this and do not get discouraged," Clyburn said. "If you're not interacting and engaged, then shame on you."