The actor in Peloton's confusing and much-criticized holiday ad has broken his silence.

Beyond the memes and tweets, there are real people behind the faces in the Peloton ad.

Sean Hunter, an actor and teacher who appears for just a few seconds without speaking in Peloton's recently released holiday commercial, told Psychology Today about his experience being involved in the ad that went viral.

"As my face continues to be screenshot online, I wonder what repercussions will come back to me," Hunter told Psychology Today. "I pride myself on being a great teacher and developing actor, and I can only hope that this affects neither."

Peloton released its holiday commercial to a mass uproar on social media. The ad, which was released on YouTube on November 21 and is being shown on TV, follows a woman's yearlong selfie journey after her partner, played by Hunter, gave her a Peloton for the holidays. 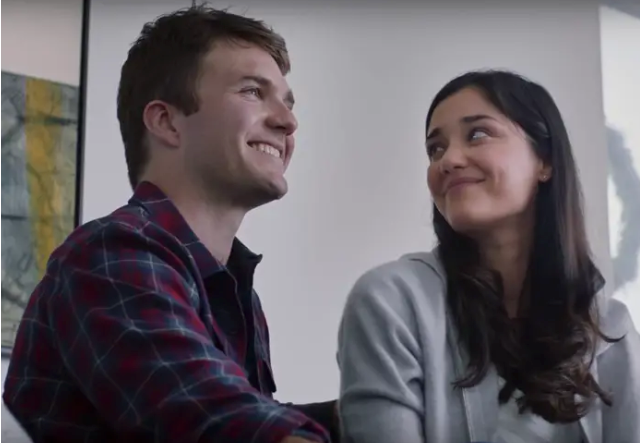 People criticized the ad for many reasons, including its awkward format that blends a selfie journey with a traditional ad concept. Hunter's character experienced a lot of the backlash for his seemingly sexist suggestion that his partner in the commercial should work out more.

That face you make when you have to videotape yourself exercising to prove to your husband that you're making every effort to (checks notes) look thin for him. #peloton pic.twitter.com/Hq6stoiETH

"My 5 seconds of air time created an array of malicious feedback that is all associated with my face," Hunter told Psychology Today.

In a statement to CNBC, a Peloton spokesperson said the company "was disappointed in how some have misinterpreted this commercial."

Peloton did not respond to Business Insider's requests for comment.