The Essence of Sonoma County

Rodney Strong Vineyards craft world-class wines that wonderfully represent the region from which they come. 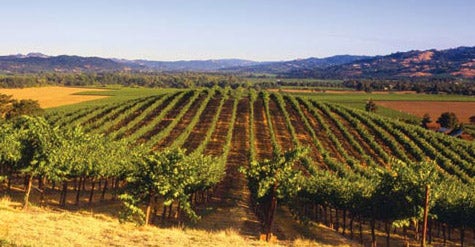 The year 2009 marks the golden anniversary of Rodney Strong Vineyards, a winery dedicated to crafting world-class wines that capture the essence of Sonoma County. The winery's namesake and founder, Rodney Strong, is frequently mentioned in the history of the Sonoma County wine industry. A charismatic pioneer, Rod began as a winemaker, buying grapes from other vineyards. When he began planting his own vines, he wasn't afraid to experiment. In fact, Rod was the first to designate a Sonoma County Cabernet Sauvignon with the 1974 vintage of Alexander's Crown and the first to plant Chardonnay in Chalk Hill, nearly 20 years before it became an appellation.

Fourth-generation farmer Tom Klein bought the winery from Rod 20 years ago and had the wisdom to keep its winemaker on board. The team of Tom and Winemaker Rick Sayre has worked strategically to expand through the years. Rodney Strong Vineyards now farms its grapes in four distinctive Sonoma appellations: Alexander Valley, Russian River Valley, Chalk Hill, and Sonoma Coast.

With a keen sensitivity to the environment and the flavors of Sonoma County, Rodney Strong Vineyards adopted sustainable and fish-friendly farming practices early on. Its solar power system, established in 2003, remains one of the industry's largest. And in honor of its 50th anniversary, the winery became carbon neutral in 2009.

Following the winery's 19th Annual Summer Concert Series, the tasting room's 2009 calendar remains full, with plenty of celebrations planned for the rest of the year. Even on non-celebration days, visitors get a real treat, because the Rodney Strong tasting room is also the only place to sample the winery's small lot wines, created under the guidance of Consulting Winemaker David Ramey.

A sign over the tasting room entrance reads: "Wine opens the seals of the heart." After 50 years of planting, replanting, and acquiring vineyards and making Sonoma County wines that express passion and creativity, perhaps the phrase should be revised. It could just as easily read: "Rodney Strong wines open the seals of the heart," and wine tourers would heartily agree.

Getting there:
From Hwy 101, take the Arata Ln. exit. Go about a mile. Turn right on Old Redwood Hwy. The winery is on the left.