At Newsome-Harlow Winery, it's all about wine, food, friends and fun. 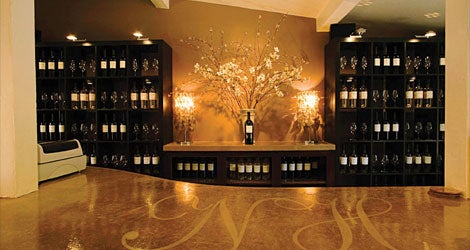 Newsome-Harlow Wineryclaims to be all about Bacchanalian hedonism--wine, food, friends, and copious amounts of laughter. In order to deliver on the first two categories, owners and husband and wife team Scott and Melanie Klann, along with their partners Steve and Gretchen Rael, have devoted themselves to producing the best possible wine and food "one-two punch" in the entire Sierra Foothills region. 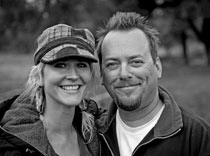 Scott started out in 1992 as a cellar rat and eventually assistant winemaker at the Stevenot Winery. In 1998 he became winemaker at Chatom Winery and finally in 2000 he co-founded Newsome-Harlow producing 150 cases that year. But it wasn't until 2007 that he and Melanie took over operations at Newsome-Harlow determined to expand production. Newsome-Harlow now produces 3,200 cases per year of Zinfandel, Petite Sirah, and Sauvignon Blanc, eighty percent of which is sold out of their tasting room.

Among their top concerns is good stewardship of the land. All of their growers use sustainable agricultural practices, and two have begun the process of organic certification. By limiting production to small quantities and using premium grapes from their carefully selected vineyards, they endeavor to create wines that reflect a combination of viticulture excellence and artisanal wine making. 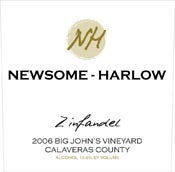 Adding to this mix, Melanie was also honing her skills as a food expert, first with a fresh bread bakery, then starting the well-regarded Dragonlady Catering Company, and finally as chef at Alchemy, a gourmet food market and wine bar in Murphy. Acclaimed as one of the most creative chefs in Calaveras County, she now runs the tasting room and food program at Newsome-Harlow where she has put to practice her combined skills of the previous years to complement and accentuate the wines that they produce.

Offering a number of spectacular events during the year, Newsome-Harlow continues to ardently explore its passion for the natural partners of food and wine. v