With a Dazzling Display, the New iPad Will Be Attractive for Many Business Owners

The latest iteration of Apple's popular tablet comes with a swath of new features that can be handy for business. 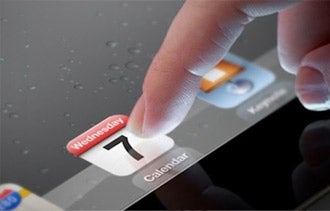 If your company is involved in any way with capturing or displaying images -- either of people or products, using still photography or video -- then you most likely will want to get your hands on the new iPad.

After months of anxious industry speculation, Apple CEO Tim Cook unveiled the new tablet today at an event in San Francisco. And it didn't disappoint. The new iPad comes with a swath of new features, including a faster processor, a 5-megapixel camera and a super high-resolution display.

Without a doubt, the resolution users see on the screen is likely to dazzle. The new iPad is a true high-definition device, with its 10-inch screen containing some 3.1 million pixels -- a million more than the HDTV that sits in your living room, Apple says.

For architectural or drafting companies, photography shops, design firms, real-estate brokers or other businesses whose customers want to see detailed images of what they're buying, the new screen could make a big difference.

The new iPad also has a 5-megapixel camera in the back of the device that can shoot still images or capture high-definition video. The video record also features image stabilization functionality.

But the new features go well beyond just imaging. For the same price as the previous version of the device, the latest iPad includes a new computer processor, called the "A5X," that has twice the graphics performance of its previous chip. That means screen-loading will seem blazingly fast compared to existing tablets when users are working with images, surfing the web or playing games.

In addition, the new iPad can run on wireless networks that use a newer, faster technology known as 4G LTE. Many newer smartphones already operate on the 4G LTE network. It will come in two versions: one for AT&T Wireless subscribers and another for those who use Verizon Wireless.

Apple said the new iPad will have the same battery life as the previous version, at 10 hours (or nine hours on a 4G network.) The product also can now take voice dictation, thanks to a built-in microphone that some consumers had been clamoring for.

Will you rush out to buy the newest version of the iPad for your business? Let us know in the comments section below.

A Delray Beach, Florida man scored a winning scratch-off ticket this week after he was cut off in line at a ticket machine.