Find inspiration in the determination of Amelia Boone, legal counsel at Apple.

By Joe De Sena
November 9, 2016
Opinions expressed by Entrepreneur contributors are their own.

Amelia is one of my favorite people in the racing world. There's no drama with Amelia. Her accomplishments would impress anyone. She may just be the most successful obstacle endurance athlete ever with more than 30 first-place wins in the women's division, not to mention placing second and third overall multiple times. She was the Spartan Race World Champion in 2013 -- and that's just one of her international championship wins.

Amelia's achievements can be chalked up to one thing -- she's made success into a habit.

"I find I'm more productive when I'm juggling multiple things; it's how I thrive," she says.

I love her "get it done" attitude, but I know there are a lot of people who aren't born with Amelia's drive. (She says her parents had to remind her it was OK if she occasionally got a B in school.) She refuses to give herself the option not to be successful, not to work hard. So what I wanted to know was, how can you acquire her drive if it's not innate?

"The more you work at it, the more you make it part of you, the more automatic it becomes," says Amelia. "That's one of the reasons I don't let myself out of my routine. If I have an injury, I'll still wake up at 4:07 and swim instead of run -- even if I have to swim with a pool buoy between my knees. I make sure I don't lose my sense of purpose."

This is such a big hurdle for so many people, but getting started is surprisingly simple -- put one foot in front of the other and the next thing you know, you're moving. And as we all know, a body in motion tends to stay in motion.

So let's say you're now in motion. How do you prevent the temptation of immediate gratification from stalling you when you're trying to build the habit of success?

Amelia understands the pull toward pleasure. "Everyone wants to be happy, but the hard things are the ones that really shape you and help you grow. When it's fun and easy, you're not learning anything."

There's actually scientific evidence to back up what comes naturally to Amelia. You can build up toughness in your brain, just like in your biceps; going through tough times actually has a neurological benefit. It may be instinctual to make our lives easier, but it's tackling the hard thing that transforms our brains.

This brings me back to Amelia's Death Race, which featured extricating an I-beam sunk into a frozen river. Frankly, I didn't think that thing would ever move. It was so difficult that it made Amelia cry in frustration. But, she says, "I didn't die. I got through it. It was really cold but you deal with it. And seeing that thing begin to rise out of the mud was so exhilarating."

That's another secret to her success. Doing the hard thing made Amelia truly happy. So what are Amelia's tips for making success a habit? They pretty much follow what we teach in Spartan X. 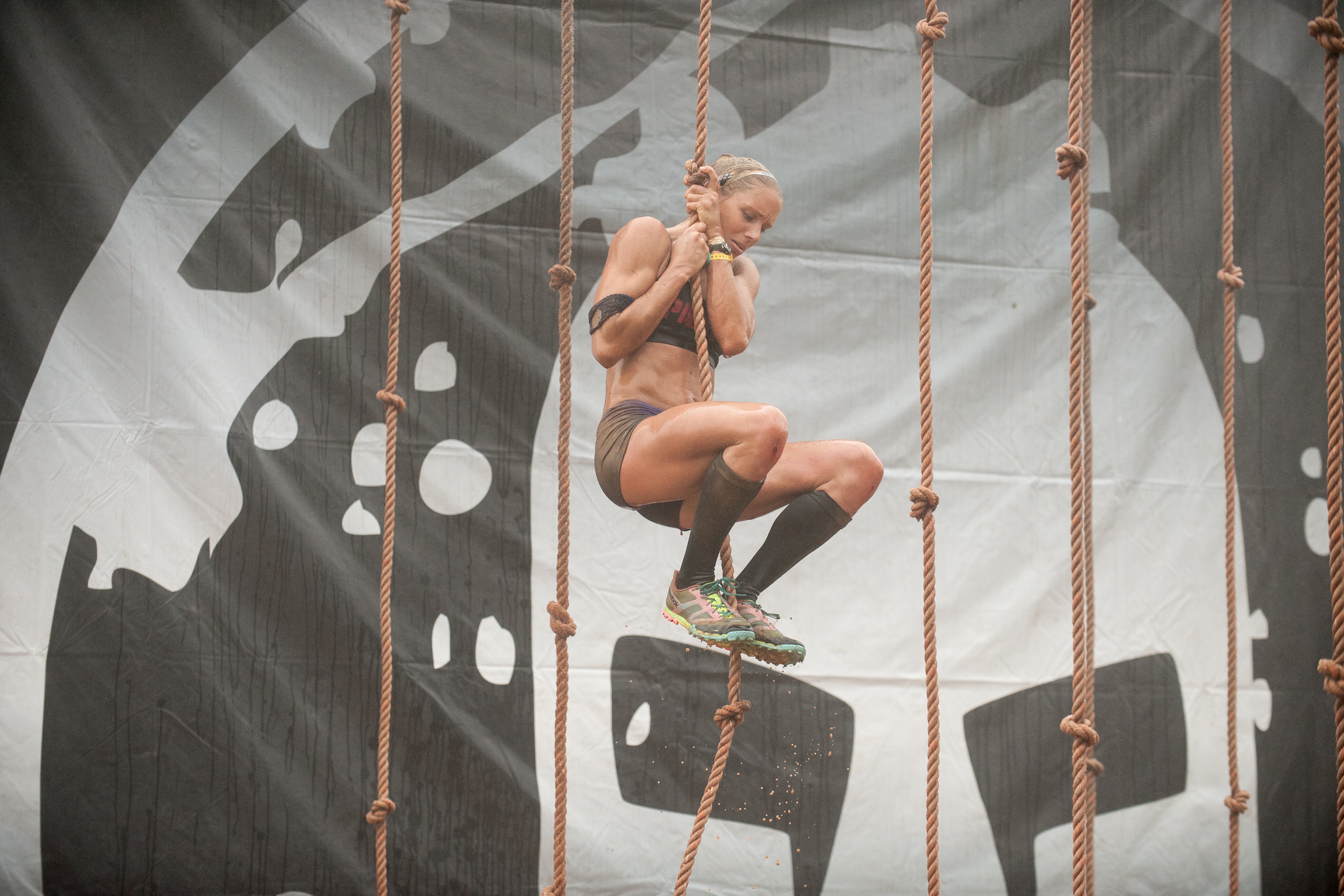 If you don't know where you're going, you're never going to get there. For Amelia, True North was being self-sufficient and everything she did was to achieve just that.

Merely being interested isn't enough, because interest wanes when the work gets hard. Amelia wears her commitment like a suit 24/7 and has the results to show for it.

Sacrificing a short-term reward now can bring you twice as much later. Amelia believes there's a big difference between instant joy and a goal that enhances and shapes your life.

If you want to stay on course, tell someone what you're trying to achieve. Now you're on the hook and can't wiggle off so easily. Even better, take Amelia's tip and sign up for something outside of your comfort zone. The goal will keep you on track.

You don't have to start by getting up at 4 a.m. Try setting your alarm 30 minutes earlier. Do it until it becomes a habit, then adjust again. One small change will snowball and before you know it, success will be a habit for you, too.

It's a shame Amelia was injured earlier this year with a stress fracture in her femur. I still think about that Death Race and seeing Amelia push through 3,000 burpees in the snow and across waist-deep, icy waters in Vermont in the dead of winter. She's tough as nails, committed and she has made success a habit. I know she'll recover for 2017.

If you think people like Amelia are amazing, you'd love our Podcast.