How Old Is Too Old to Start a Business? The Answer May Surprise You. (Infographic)

While Hollywood may love the story of the college kid who starts a billion-dollar business out of his dorm room, that's only one story. For many, life as an entrepreneur begins much later.

Consider: Legendary wedding-dress designer Vera Wang didn't start designing clothes until she was 39. Home decorating goddess and business czar Martha Stewart didn't get into home decorating until she was 35. And San Francisco-based angel investor and founder of business incubator 500 Startups Dave McClure didn't invest in a single startup until he was 40. That's all according to a pair of infographics, embedded below, created by information designer Anna Vital at startup organization Funders and Founders.

When it comes to launching a business, what a person may lack in youthful energy comes back multiplied in experience. Reid Hoffman started the ultra-popular career networking site LinkedIn when he was 36; Sam Walton started Wal-Mart when he was 44; and Joseph Campbell started Campbell Soup when he was 52.

Have a look at the two infographics below. Be inspired. And stop counting the grey hairs on your head. 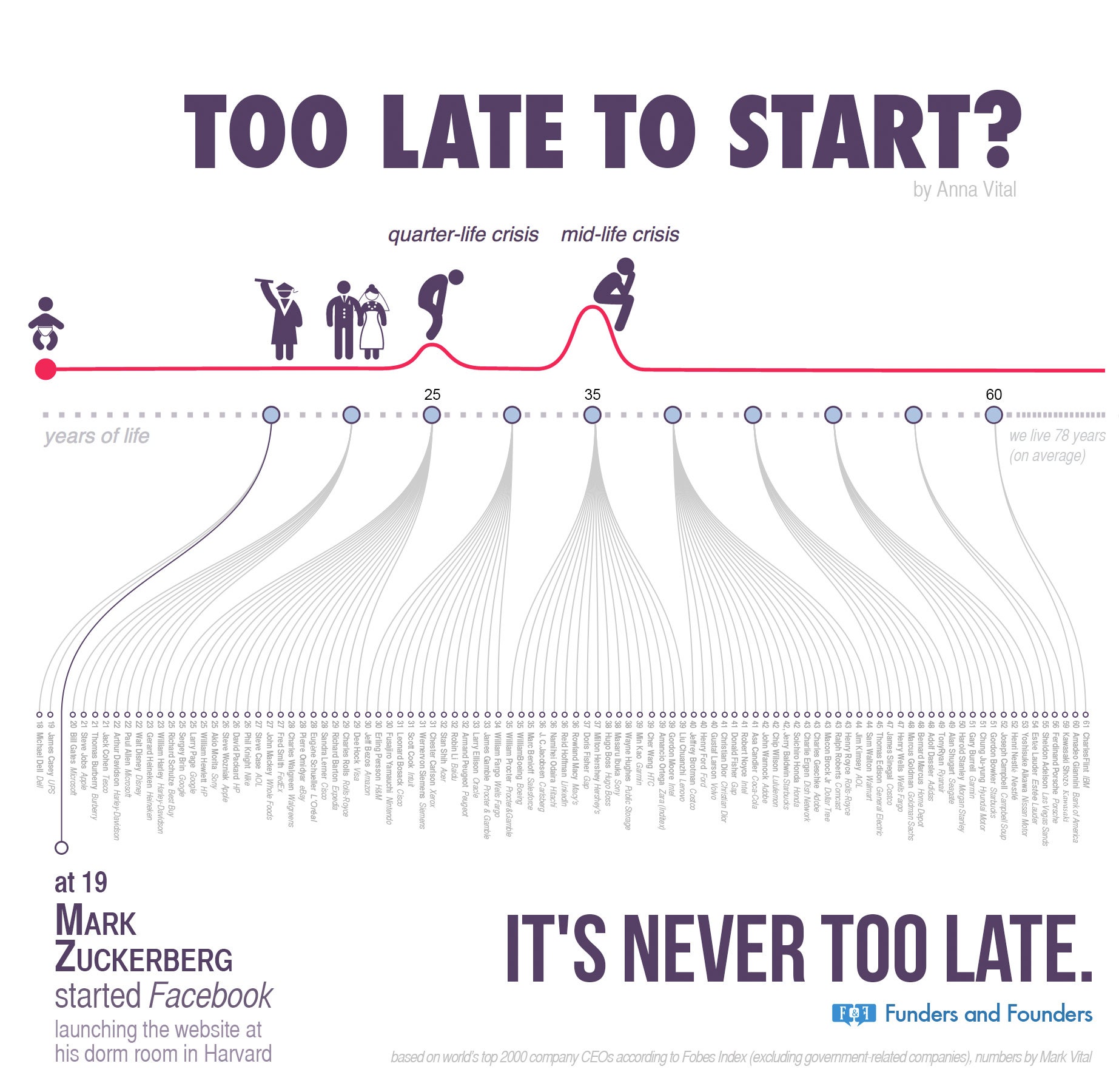