Hint is healthy water, without sugar or calories--and its fans include diabetics, athletes, teenagers and even stars. 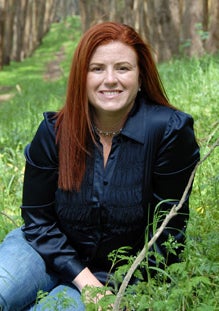 Kara Goldin didn't know anything about the beverage industry in 2004 when she decided to launch Hint, flavored water that contains no sweeteners, preservatives or calories. She simply knew what she wanted.

But then, she points out, she didn't know anything about online retail before she launched AOL's electronic commerce group, either. In both cases, she soon learned what she needed to know to become a success. "I was willing to roll up my sleeves and get a little dirty and figure it out," Goldin says.

AOL's success in online commerce is well-documented. As for Hint (tagline: "drink water, not sugar"), the beverage is a hit with celebrities such as Miley Cyrus, Victoria Beckham, Lauren Conrad, Blake Lively, Sarah Michelle Gellar and Colin Farrell. It can be found at a growing number of specialty grocers, health clubs and sandwich shops in California and New York.

The brand is bicoastal because Goldin and her husband, Theo, who live in Northern California, have strong ties to New York. Theo is from New York, and she met him there while she was working for AOL.

There's a practical reason for the bicoastal business, too: "New York really builds brands," Goldin says. "If you can do well in New York, it sets the stage for the rest of the country."

Hint grew naturally out of Goldin's own habits. A former adherent of soda and vitamin drinks, she switched to water as a healthier alternative. "But water is boring," she says. "I wanted something with just a little bit of flavor with it." So she added slices of lemon or lime, "or I'd go get a massage at a spa and have cucumber in my water." When her young daughter opted for flavored water over a juice box, Goldin thought, "Why hasn't anyone bottled this?" Encouraged by friends, she decided to do it herself.

The couple launched in 2005 and self-financed Hint until about a year ago, when they went to friends and family for assistance. More recently, the Goldins obtained receivables financing, but Goldin is quick to say that they still own more than 80 percent of the company.

Company sales are expected to reach more than $5 million this year, and Goldin hopes Hint will become a profitable concern by the end of this year.

Goldin and her husband, who serves as Hint's CEO, shop the brand in part by participating in community and charitable events. "Everything from golf tourneys to auctions," Goldin says. "We believe in community. If people see that you're supporting them and they like your product and it tastes good, they're going to support you back."

Co-branding Coup
Hint also has been lucky enough to do co-branding with Disney. "Disney was looking for a product that was healthy," Goldin explains. "One of the senior vice presidents saw our product on the market and called me and said, 'I'm really interested in doing this.'

"We have a great relationship with Disney. It's just a matter of really listening to the other party and trying to figure out what your objectives and their objectives are and whether it's a marriage."

Disney was especially happy with the Goldins' ability to roll out--in 60 days--their co-branded product for the movie The Santa Clause III. That included Disney characters on the bottles and end caps in the stores where the product was being sold.

Of course, there have been mistakes, as well. Tangerine was a flavor that didn't work. Goldin notes that most tangerine-flavored products include sugar, and people are used to that taste. "We decided to put the flavor on hiatus until the consumer is ready for it," she says.

But Goldin is quick to say that the Hint crew isn't afraid of mistakes. "We tell our sales and marketing people that if your initial gut instinct is that this is a good idea and it's not going to cost a lot of money, then try it. If you don't try things, you're not going to know."

The corollary, of course, is that an experiment that doesn't work has to be killed quickly.

Balancing Family
The Goldins' San Francisco office is about 15 minutes from home. Goldin and her husband take all four kids--ages 3, 6, 7 and 9--to school in the morning, but afternoon pickups vary. "My kids are busy bees," she says. "They've scheduled themselves into as many activities as possible. For them life is all about trying new things."

Having a regular baby sitter helps, she acknowledges, but with both parents involved in the business, one can usually be spared to deal with the kids. Although they go to some business meetings together, "usually we figure out who really needs to be there."

Goldin says her kids love the fact that their mom works. "My kids will be on play dates and they ask the other mothers why they don't work. My kids always give these mothers a hard time."

Goldin credits her dad, Bill Keenan, who developed Healthy Choice frozen dinners for ConAgra, with helping her stick to her guns when it came to marketing a healthy product. "It would have been a lot easier to do the product the way other flavored waters do theirs, with preservatives, and get a longer shelf life," she says. "But he said, 'You want something that is healthy without chemicals in it, so don't launch this product with compromises.' "

Advice From an Owner
Kara Goldin dove into the entrepreneurial pool and was fortunate to find plenty of water in there--flavored water, that is. Now that she's had a few years to grow and learn, she offers this batch of entrepreneurial advice:

"The key thing is energy. Do you have the energy to carry this through from start to finish? Even four years into this, every day, there's not a lot of [down time]. And at night, you're constantly thinking of new ideas and ways to grow the brand.

"Have a good partner. I'm much more marketing and product development. He's an attorney by trade. We joke that I throw the watermelons on the cart and Theo tries to keep them on there. I think you need both. We complement each other."

Try to bankroll your business without financing. "It allows you to try things vs. going to a board every two minutes to see whether it's OK that you do this."

Buyers at grocery chains reinforce her belief that healthy water is what consumers want. "We've had flavored waters, and it doesn't work," the store buyers tell her. "People don't want sugars and the sweeteners."

She remains grateful to Kara Rubin, chief buyer at Gourmet Garage in New York and her first customer, and to Woodlands Market in Marin County, where she lives. "Rubin said, 'Send me some product. If I like it, I'll put it in the stores.'" She ended up ordering cases of the beverage--and they sold out immediately. Rubin has since moved to Whole Foods, which also carries the brand.

"This is extremely hard, but I never realized how rewarding it was going to be," Goldin says of being an entrepreneur. She says she gets e-mail messages daily from fans who tell her they've lost weight drinking Hint and even that it's helping them get their son's or daughter's diabetes under control. "I get at least 10 e-mails a day from athletes, from musicians, from teenagers, from Disney. Google is one of our largest accounts. I get tons of e-mails from Google employees telling me they are so excited when they go to work and can find all 13 flavors."

Goldin even created a couple of flavors aimed at the Latino market, which drinks a lot of sugary soda. Hibiscus is a common flavor in the Latino community, so she created honeydew-hibiscus and hibiscus-vanilla.

"We're changing the beverage industry," she says. "We're changing people's behaviors and waking people up to what they're putting into their bodies. It's super rewarding."