Zalis, a trail-blazer in advertising research, is the CEO of The Female Quotient.

Shelley Zalis has been an advertising research pioneer and a trailblazer for the equality of women in the workplace. I've had the privilege of seeing her work firsthand with The Girls' Lounge, the "pop-up" part of The Female Quotient, which Zalis founded to help advance equality, through collaboration and activation.

She was the first female chief executive ranked in the research industry's top 25. She's continued to break barriers and raise awareness as a member of the Washington Speakers Bureau, and a skilled moderator who has interviewed such top influencers as Katie Couric, Halle Berry, Gwyneth Paltrow, Sheryl Sandberg and Arianna Huffington on topics related to equality and leadership. 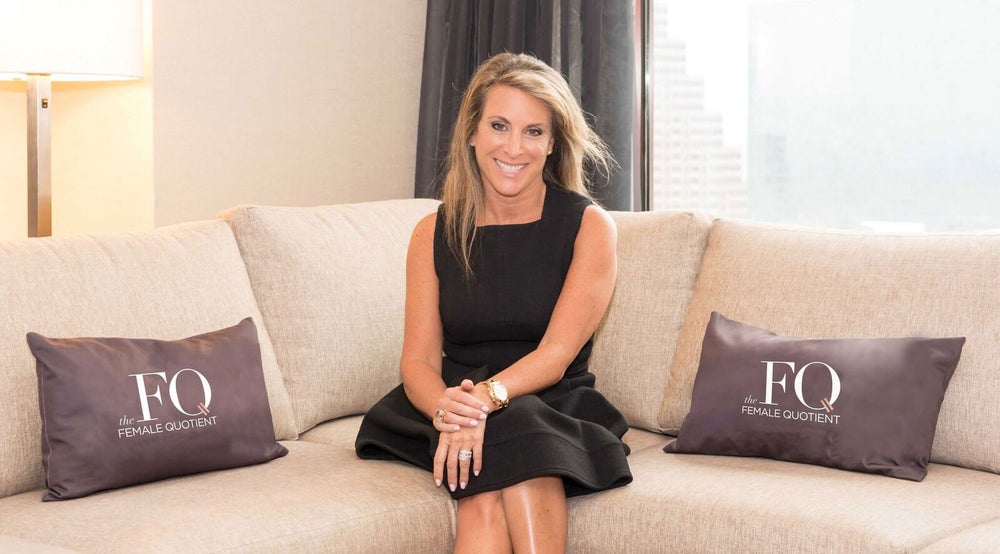 Zalis's commitment to innovation and to raising the status of the work of women has always been an inspiration to me. I hope you will glean as much wisdom from her interview as I did.

Related: 4 Areas That Need to Change for Women to Achieve Equality in Business

I'm one of the pioneers of online research, which means I migrated research from offline to the internet in a day and age when only affluent men with broadband connections were online. I was always told it was not the right time, but I thought, "When is the right time?" If I waited for the "right time," someone else would do it for me. So I had to make it the right time, and create a new ecosystem that today is the new norm for market research.

I actually built the online testing system, OTX as a non-tech person so I could create something that was easy for anyone to use. I wanted to create a research platform that was not just for early adopters, but for mainstream respondents all over the world. I knew that creating something that had never been done before required a diverse set of people from marketing backgrounds, people backgrounds, tech backgrounds. It also required getting clients to open their minds to new opportunities rather than rely on a typical, textbook-style education.

She taught me to live life with no regrets: I never wanted to look back and say, "Shoulda, woulda, coulda." I lived every day in the moment, finding ways to integrate my whole life together, which included my work, my family, my community, my girlfriends and myself. There are only 24 hours in a day, and you can't do it all every day. The game is finding ways to do what is most important to you on most days.

My other role model was a woman who was a legend in the agency world, Penelope Queen, [a specialist in psychological & cultural research & brand development] who brought her femininity to the table. She taught me to be myself and not conform to be like others. That's when I realized Sarah Jessica Parker was right when she said, "Trying to be a man is a waste of a woman."

From that moment on, I knew I had to be me. There was plenty of room to bring my strengths to the table. We say that diversity is good for business, and it's true. Oscar Wilde said, "Be yourself; everyone else is already taken." If we were all the same, we wouldn't be necessary.

Leaving the corporate world to follow my heart and start OTX. I looked in the mirror and knew I was moving in the right direction but that I was a little ahead of the curve. That's when I realized I had to be "the first," the one who gets the idea off the ground.

[I also had to be] "the second," the copycat who recreates what the first did, but has no idea what is under the hood, "The third" is always the sweeper who is fixing the problems after people have already invested in it, and then they win. There was no one that was going to beat me at my own game.

Women have these voices in our heads pushing us to do it all and be perfect, but it's impossible. I adopted the philosophy that perfection is boring. I realized I couldn't do it all, but I could do it all my way.

We all have self-doubt, but you have to shut off that negative voice in your head. Arianna Huffington calls that voice in our heads the "obnoxious roommate." My mom always taught me that confidence is beautiful, and that you have to believe in yourself first before anyone else can.

I think that relationships are all built on trust, respect, communication and being better together. If you don't have those aspects, it's probably not the right relationship.

Leaving a big corporate job where I was running global innovation for 83 countries in order to take the Girls' Lounge from a hobby into a full-time career and then launch The Female Quotient. But I always had my family encouraging me to take that next step, and holding my hand, which made everything less scary.

Yes. Innovation requires you to be bold and brave so you can go where no one has gone before. It's a heck of a lot better when people come with you, inspiring you to push the envelope and create the new norm. I don't know any other way.

I can't live in a status quo world when I know that evolution and innovation are what's required to open new doors. You can't experience what's next if you're not willing to open a new door, and then walk through it.

I got the nickname "Chief Troublemaker" because I wasn't afraid to break the rules that make no sense.

I want to continue to rewrite the rules for the modern workplace by helping Fortune 500 companies create an equality workplace where everyone can thrive, feel like they belong and bring their best selves to work. I want to help women at every age and every life stage to find the power of confidence, believe in themselves and imagine all possibilities. When you flip the balance, you transform culture.

Shelly Zalis is CEO of The Female Quotient, which works to advance gender equality across industries. Its Girls' Lounge presents pop-up experiences at top global conferences such as the World Economic Forum, Cannes Lions and the Consumer Electroncs Show. Zalis has led initiatives within corporations through the Female Quotient's Equality Bootcamps.

In 2000, Zalis founded OTX, which grew to become a top global research agency and the pioneer of innovative online research products, including the multi-sourced, blended sample approach. In 2010, OTX was acquired by Ipsos.

Zalis is the co-founder of #SeeHer, a movement led by the Association of National Advertisers (ANA) to increase the percentage of accurate portrayals of women and girls in advertising and media. Recently, Zalis was honored with a New York Women in Communications Matrix Award for her work as a mentor, role model and game changer in her industry

Zalis, who appears through the Washington Speakers Bureau and has interviewed many influencers, was the recipient of the Ernst & Young Entrepreneur of the Year award in 2008.She was the first female chief executive ranked in the research industry's top 25. She is a wife and mother of three.

Founder, Build Like a Woman; Founder/CEO of Grayce & Co

How Promotional Pricing Devalues Your Brand

Promotional pricing and discount pricing strategies can cost brands millions in lost sales by promoting unprofitable buying behavior. This article will discuss the long-term impact discounts can have on a brand.