The Roxy Theatre on Hollywood's Sunset Strip was on its way down when Nic Adler took over and restored it to prominence in the North American music scene.

For nearly two decades after it was founded in 1973, The Roxy Theatre ruled Hollywood's Sunset Strip. Crowds flocked to the 500-capacity venue to catch legendary acts like John Lennon, Bruce Springsteen and, later, Pearl Jam. But by the turn of the 21st century, the iconic theater's image had frayed. It was bleeding money and was dark several nights a week. 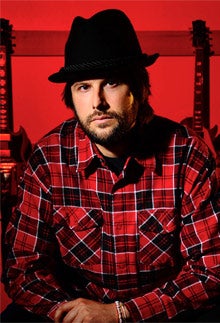 In 2006, Nic Adler took over management from his father, Lou, and dove into the then-new world of social media by turning The Roxy's homepage into a blog--a first in the live-music industry. And that's how Adler discovered what people really thought of his club. Comments to the blog were 100 percent negative: Drink prices were too high, the security staff was rude, parking was awful -- basically, it all sucked.