New Tools and Tactics for a Killer Presentation

By Dan O'Shea
October 17, 2011
This story appears in the October 2011 issue of Entrepreneur. Subscribe » 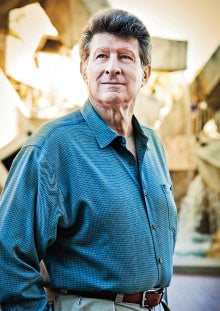 "How you connect to your listeners and the adjustments you make based on their reception is what makes the presentation work." --Whitey Bluestein
Photo© Eva Kolenko

Q: What are the best tools and methods for killer presentations?

A: Leaving everything up to PowerPoint is not really an option anymore (if it ever was). No number of creative infographics, nifty tools or new gadgets can save your presentation if you don't have a good understanding of your audience and a strong desire to engage with them.

"I always come back to the notion that the best presentations are based on the value of the content, the skill of the delivery and the charisma of the speaker," says Whitey Bluestein, a strategic advisor to mobile companies and other technology startups. "As a presenter, how you connect to your listeners and the adjustments you make based on their reception is what makes the presentation work."

Bluestein often presents to clients in a variety of situations and to various group sizes--and the early stage companies he works with do the same. Although he does use PowerPoint, it's mostly to organize his thoughts. "PowerPoint has its place, but it is cursed as much as it is praised," he says. "It's tight-scripted and very one-way. When I present, I feel it has to be interactive. I would create a PowerPoint, but make it available as a leave-behind."

Bluestein suggests that one of the best general technology tools a speaker can adopt is actually a medium: video.

"A lot of companies can just make a YouTube video demonstrating their product, and it's a great thing to show people," he says. "I have seen companies try to do live demos at big shows, and sometimes it doesn't work because you don't have control of everything. A video is cheap and easy to do in an environment where you have control."

The most valuable specific technology tool for presentations may be the iPad, Bluestein says. "It's easier to travel with, and easier to share, and there are apps you can use during your presentation."

Here are some iPad apps Bluestein suggests trying out for your next gig:

Aside from iPads, some of the more traditional tools of the presenter continue to change. Portable projectors are helpful, Bluestein says, and have come down in price and form factor in recent years. Laser pointers now come stocked with more capabilities, like Bluetooth connectivity and USB storage.

The apps and gadgets, however, don't come with a method for lengthening a rapidly shortening audience attention span. "You have to wonder what the standard for presentations is going to be in five years," Bluestein says. "Increasingly, people want them to be brief. They want to touch and feel what you're telling them about, and they want to do it now."