Mark Bello perfected the pizza, then built a business teaching pizza-crazed New Yorkers how to do it themselves.

By Regina Schrambling
January 25, 2011
This story appears in the February 2011 issue of Entrepreneur. Subscribe » 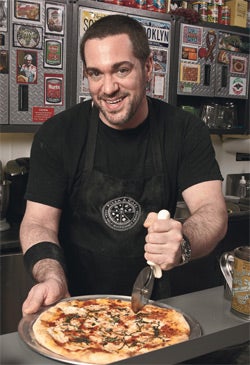 Last year The Village Voice declared Mark Bello's pizza one of the three best in New York City. And it is sensational: a thin, crisp crust paved with the ideal balance of cheese and sauce, finished with fresh basil and a drizzle of top-grade olive oil.