WeWork Opens a Retail Operation, Highlighting Products Made by Its Members

WeMRKT features food, beverages and other items created by businesses that call the coworking space home.

WeWork, the coworking space company valued at $21 billion, is not content just providing its members with a place to work, live and even work out. It's now an incubator of and merchant for entrepreneurs with physical products.

Related: 11 Crazy Things You Should Know About WeWork, the Co-Working Company Valued at $20 Billion

"WeWork will help our members to reach new audiences and customers," says Julie Rice, WeWork's chief brand officer who is also a co-founder of SoulCycle, in a press release. "As brick-and-mortar retail is disappearing, our WeMRKTs will offer our members an entirely unique channel of distribution."

To burgeoning product entrepreneurs, that distribution, if it grows, could be indispensable, especially as Whole Foods, a vital entryway into the market for many food and beverage entrepreneurs, undergoes changes after its acquisition by Amazon. Better yet, the company will track sales for products and collect feedback on items with poor sales, so its creators have a chance to improve them. The company will also seek products made by its membership to replace those by companies who aren't members.

"There is no greater community of pioneers in the world than those that sit inside the walls of WeWork, and it means everything for us to be there with them," says Grant Gyesky, CEO and co-founder of RISE Brewing Co., a WeWork member whose products are sold in WeMRKT. "It is a great opportunity for WeWork, the brands on the shelves and the community in the offices."

The idea for WeMRKT grew of WeWork's pitch night, and the company, which calls itself "an incubator of ideas," found it a good solution to highlight its members who make things that other members regularly use, a WeWork spokesperson tells Entrepreneur. Although the company doesn't have an exact count, the spokesperson estimates there are thousands of products made by its members. 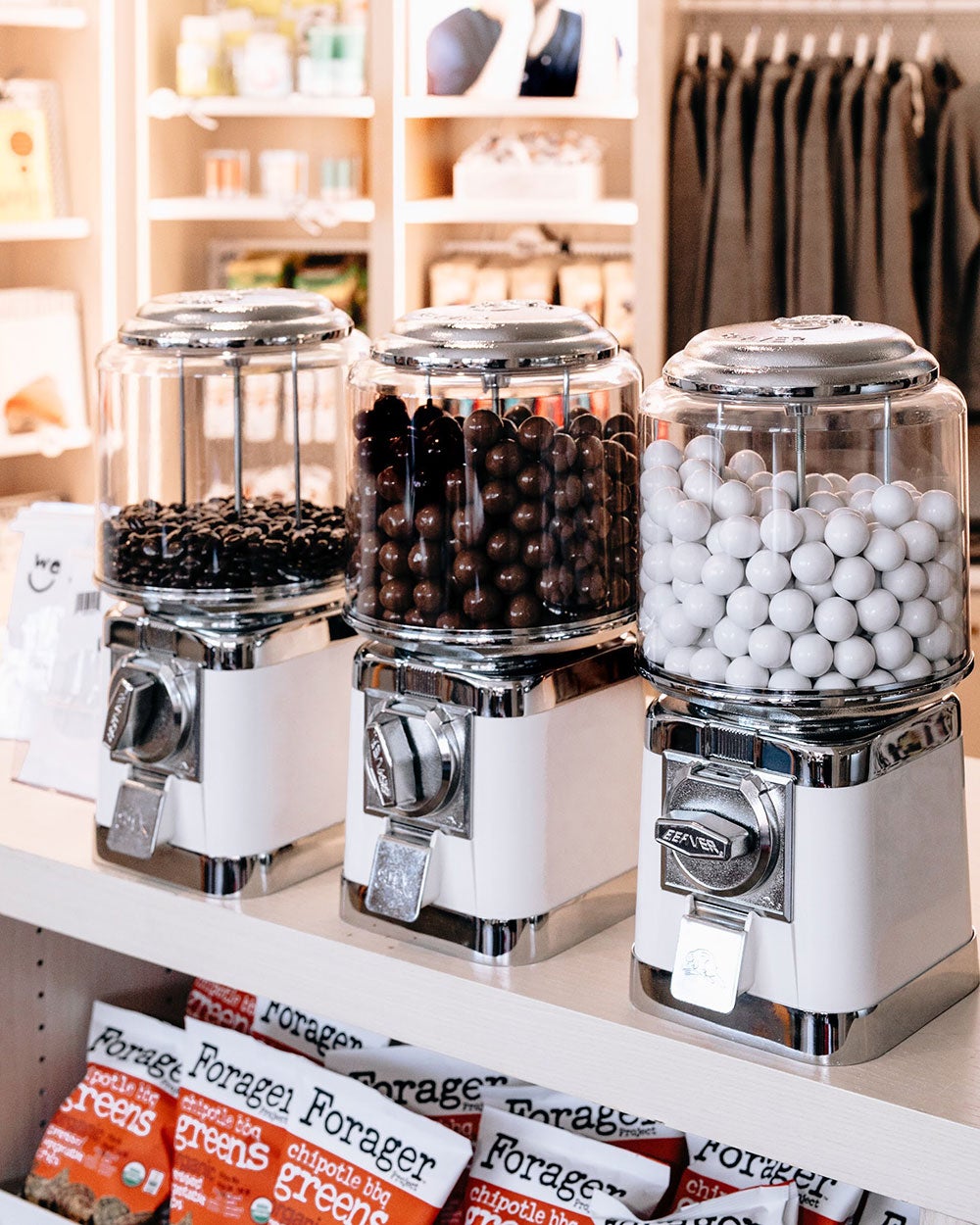 Those companies also range in terms of where they stand in their life cycles. Some are only beginning to sell their products, while others have already attained some distribution. RISE products are sold in a handful of locations in New York. Lebby Snacks, a WeWork member that makes chickpea-based snacks, launched its line of products in May, with WeMRKT one of its first retailers, says the company's co-founder and CEO, Onur Oz.

WeWork partnered with SnackNation, which curates and sells food products to offices, for WeMRKT. The latter company helped choose the items that are sold in WeMRKT, and it handles the ordering, supplying and distribution directly with the product companies. WeWork declined comment on financial terms of the partnership.

WeWork plans to roll the idea out to all its U.S. locations after a three-month pilot, and then eventually globally. The plan is to have each marketplace tailored to each specific location, so if, say, members demand more varieties of kombucha, that's what will be available. As an added perk, products available in WeMRKT will be available to SnackNation customers. 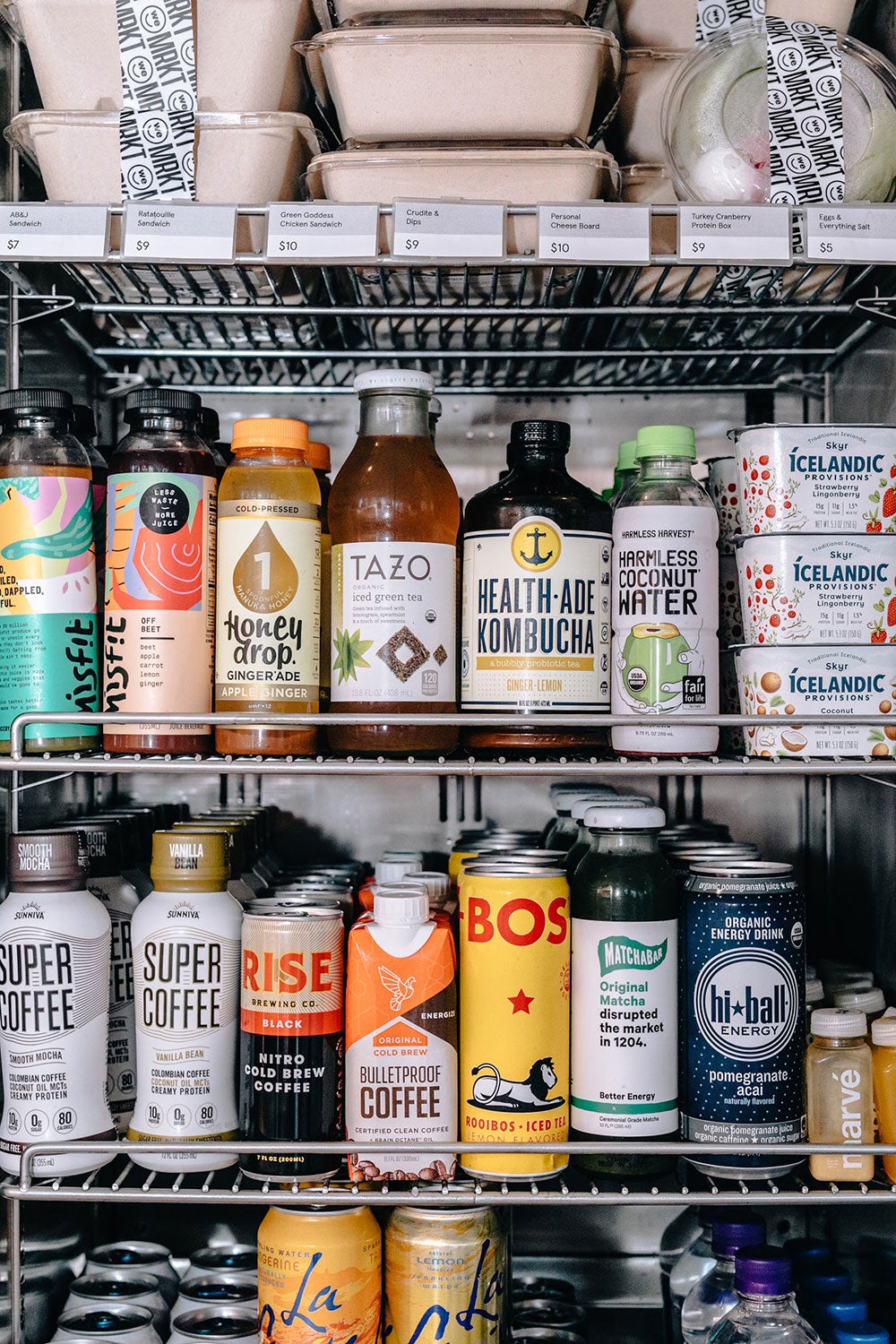 Along with Rice, the company has five to six employees working on WeMRKT. Its design team also created the look for the WeMRKT at WeWork's 205 Hudson location.

During its first pitch night in April, around 20 companies presented their products to be featured in WeMRKT. Of those, RISE Brewing, Lebby and eight other brands were chosen: Icelandic Provisions, Barnana, Misfit Juicery, Puku, Splendid Spoon, Honeydrop Lemonade, Hydrant and Super Coffee.

As to whether WeMRKT will ever grow from an internal concept to a full-blown retail operation, the WeWork spokesperson had no comment.