Boost Sales With a TV Commercial

Editor's note: This excerpt was taken from Guerrilla Marketing in 30 Days from Entrepreneur Press. Buy it here now.

This just in: Your prospects and customers are tuned into the broadcast world. With TV sets in more than 99 percent of our homes, your target market is reachable by the airwaves.

Joe Marble, a real estate agent in Minneapolis, had a lifelong love for and connection to the Minnesota Twins. He made an agreement with the Twins to shoot his cable TV commercial inside their stadium, the Metrodome, while the team took batting practice. Joe assembled his family and friends to pose as real fans watching the game behind him. When he yelled "Action," it was like he was standing on the field during a live game talking to his audience. The impact on his small business was astounding. It gave him a lot of recognition and a lot of listings for his real estate business. He measured the results and ended up realizing that he used to throw away money in magazine ads that reached 30,000 homes with little or no results. His commercials were seen by 170,000 people at $25 per spot, making the exposure and dollar per exposure much cheaper and more effective. Joe Marble has found the benefit of TV advertising.

Many businesses and organizations don't consider advertising on TV because they think it's too expensive. While this might be true for advertising on prime time network television or once a year Super-Bowl commercials, there are other affordable on-air alternatives and strategies to consider.

Mention television, and immediately people think big-company advertising. With the growth of cable and regional TV, however, a small business can benefit from advertising, just like the big guys. Look how cable stations have popped up everywhere over the past few years. All these channels need advertising revenue to remain on the air. Because of the increased competitiveness in this arena, many stations are offering very affordable rate packages, within easy reach for small businesses and organizations.

People pay attention to marketing in the following order: graphics, headlines, bullets and text. Television uses headlines, too. You only have a few seconds to grab a viewer's attention. The headline must be the strong opening to a simple and clear message that stresses benefits. This all has to be done visually. Show rather than tell, and don't forget that call to action. Television has made the term "Call today!" a very popular call to action in all advertising. TV advertising is nothing more than using headlines and marketing messages while adding on TV graphics and visuals. That's what skyrocketed MTV to success. They added visuals to songs. Your marketing message is your song. The dancing video represents the graphics that tell your story.

Read each line of your print ad, and think of an image that portrays that message. Another way is to tell your story with pictures. That's what TV programming and advertising is all about.

Television is a perfect medium for introducing a new product or showing a comparison. It's a visual advertising medium. A good way to test a successful ad is to see if you can tell what's being advertised with the sound turned down. The script is a support to the visuals. You have a good script if you can close your eyes and tell what product or service is being advertised. Utilizing both will effectively hit your target with this weapon of mass marketing.

Because TV advertising is so visual, viewers will remember more how they felt watching the ad than every detail of the ad. You want them to feel good, but also feel informed, persuaded and motivated enough to buy your product or service.

Speaking with a clear message to your target audience is key in any advertising but especially television. For instance, women purchase 60 to 70 percent of legal services for accident injuries. TV advertising in this case has to speak directly to a female audience with a very clear message. Typically, this message should be relationship-oriented and communicate a high degree of trust. These are elements this target audience wants and that will cause them to buy these services when needed.

The key to TV advertising is repetition. No surprise here. It's much like all other advertising, whether print or on-air. Direct mail requires frequency as well, but sometimes with two or three different mailers in a campaign. Only one TV ad is needed because repetition wins out over more ads. Doing more than one is a waste of your hard-earned marketing dollars.

Products, services and businesses gain instant credibility if they advertise on television. "As seen on TV" puts you in the big leagues in the eyes of your prospects and customers. This may or may not be big league enough to generate big league profits, but big league credibility will be there.

A TV target audience will call you if you tell them what you do, what's in it for them, and how they can reach you easily. They'll also want to know your location and your toll-free phone number if you have one. If your commercial is memorable enough, the viewer might even refer others as a result of your ad.

TV advertising can be expensive. Make sure you evaluate the ad budget needed to generate your expected profit level. Return on TV ads take time. Factor that into your budget. The time required to break even in TV advertising may be longer than a year. TV ad people may not tell you that if they are looking for a quick-hit sales commission.

TV advertising works, shouldn't be intimidating, and could be just what the doctor ordered for marketing your products and services. Heed caution in this arena. You don't want to end up with a small (or no) fortune from a big fortune because of TV advertising that's done wrong or that's too costly.

Look at all the cable TV stations that have emerged over the past several years. Tune into your satellite dish, and the choice of channels is virtually endless. These stations are supported by advertising just like network TV stations. With the increased number of TV stations, cable TV advertising has become a lot less expensive than traditional TV advertising, making it affordable for marketers. Just ask Joe Marble, whose example of success led off this article. What will your success story be? 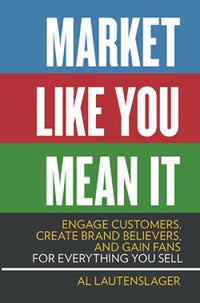