Creepy and Eerie, the graphic 1960s horror comic books, were deader than dead--until the Braun twins came along.
Next Article
April 14, 2010 2 min read 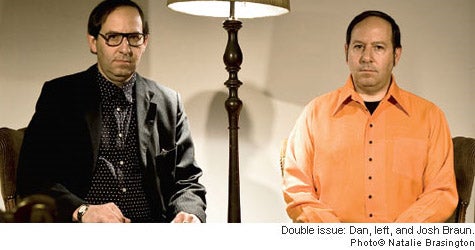 "I saw my first Creepy when I was 7," says Dan Braun, who grew up in New York City in the 1960s. "The werewolf on the cover gave me nightmares for years."

It also stirred an obsession for Dan and his identical twin, Josh. Spending their allowance on comic books from then on, they developed a fascination with the Creepy and Eerie titles, whose visuals were gorier and story lines more lurid than any other in the horror genre. That's because Creepy and Eerie sidestepped the industry's self-censorship by calling themselves magazines instead of comic books.

By the time that censorship faded in the 1980s, the titles fizzled out. Meanwhile, the Brauns had moved back to New York and embarked on careers in advertising and TV. Weekend flea markets reacquainted them with their childhood reads--and spawned an idea: "You could invent amazing stories by just gazing at the covers," Josh says.

In 1999, they set out to buy the rights to the forgotten titles. "We saw a huge business opportunity to relaunch a great brand that merely needed some dusting off," Dan says. "I imagined everything from feature films, television, broadband shorts, Broadway shows, licensing--the works."

With two partners, the Brauns formed New Comic Co. to buy Creepy and Eerie, a transaction that took seven years to complete. In 2008, New Comic struck a deal with Dark Horse Comics, which puts out Star Wars and Hellboy, to publish Creepy Archives, the first in a series of reissues. The Brauns expected to sell a modest 5,000 copies, given the $49 price tag, but it sold three times that amount. Last year, the first of the Eerie Archives reached No. 2 on The New York Times' graphic novels bestseller list.

Reviving the past was just the first step. New Creepy Comic Book is the company's latest title. Its stories introduce characters of an extended Creepy family, and Dan Braun wrote one of the tales. "Watching Angelo Torres, one of the original Creepy artists, create the artwork for it," Dan says, "was one of the most exciting moments of my life." Selling out the 20,000-copy run wasn't bad, either. The New Eerie Comic Book debuts this fall.