Use these strategies to help you hit a constantly moving target.

College students are geared up for the fall semester, and entrepreneurs everywhere are trying to grab their fleeting attention. They're part of that coveted 18- to 30-year-old demographic. If your product has a shelf life after college, you're in luck--you're catching them in their purchasing power formative years. But to use an appropriate analogy, selling to college students is no easy A.

That's because marketing to college students poses a special set of challenges. They're often transient, skeptical and cash-strapped, making for a difficult market to penetrate.

So, how do you market to the college crowd? Here are some tips. 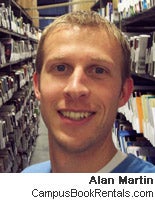 Most college students have yet to settle down. Alan Martin, 31, CEO of CampusBookRentals.com, knows the issues well. His Ogden, Utah company rents textbooks to students. "They are, by nature, a churning customer," he says. "You can win them over with great prices and unbeatable service--but eventually, they graduate."

According to the National Retail Federation, many colleges are becoming "commuter campuses." More than 58 percent of students are living at home this year, up from 47 percent in 2007. That means you can't reach the student as easily on campus.

Many customers of Atlanta, Ga.-based SimpleLeap Software, are mobile. SimpleLeap sells Cram, an app that helps students prepare for tests. "You have to offer access to your product or website via cell phones," says Ashli Norton, SimpleLeap's co-founder. "In our experience, SMS text and cell phone browser access are the surest ways to make your company reachable to college students."

2. Get to the point, fast.
This is a time of upheaval for young adults, especially incoming freshmen.

"They've got complicated classes, complicated schedules and complicated lives," says Harry Schiff, president of Agent Anything Inc., a personal service company launched in New York City that depends on college students. Because of all the complications in students' lives, Schiff has found that simple copy works best. "That doesn't mean there isn't room for creativity. Witty works, sarcastic works, funny works." What doesn't work, says Schiff, is a campaign that doesn't get to the point. 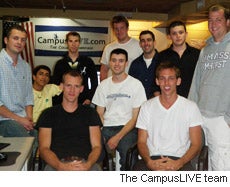 College students are often critical thinkers and wary about advertising. Boris Revsin, CEO of Boston-based CampusLIVE.com, an online portal for college students' academic and social interests (designed to complement Facebook), is acutely aware of this cynicism. "They've seen [social networking] sites come and go and don't have the mindshare to be on a hundred different sites," he says.

"College students are very quick about sniffing out a phony," says Jeff Gawronski, 31, president of Dorm Co, an online retail site that sells everything and anything that might be considered essential to furnishing a dorm room. "I've seen business owners try to act cool, and it [costs them] their credibility. It's best to [be yourself] rather than try to send the message, 'Hey, I'm cool, I'm hip.' Because, like it or not, they'll decide what's hip."

4. Get your product right before bragging about it.
College students can be a marketer's dream--or nightmare. "It's a great word-of-mouth community," Schiff says. "Since they see each other often, they always need new topics of conversation."

For this reason, CampusLIVE's Revsin stresses that the best thing an entrepreneur can do is focus on product development long before the marketing. "We want people to be so wowed by the product that they spread the word themselves, and that's the only way to be mainstream on a college campus. They have to tell their whole floor about it."

5. Win over mom and dad.
Selling to college students as a group may result in big bucks, but individually, they don't have much disposable cash. Even if they aren't tapped out from tuition, many students are on a limited budget. Pricing strategy is paramount: too expensive and your customers might not be able to afford you. Too cheap and you won't clear overhead. "They're incredibly price sensitive," Martin says. "You need to offer a great product at a price that doesn't cut into the Mountain Dew fund."

Adding to the difficulty, SimpleLeap's Norton notes that "college students know how to solve problems--they'll try to find a solution [before] purchasing your product."

That's why Don Osborne, 52, targets parents. Based out of Huntington Beach, Calif., he's CEO of Inquarta, which provides admissions advice for graduate schools. In fact, one could argue that in selling to the college crowd, you're tag-team marketing, chasing the student as well as the parent, who has the purchasing power.

Despite all the pitfalls and obstacles of selling to college students, the benefits can be substantial. Many business owners in the niche find it a fun market. "It keeps you young," Dorm Co's Gawronski says. "The majority of people think of college as the best years of their lives. When you meet the parents, they're excited about getting their room ready, and the students are excited about going to college. I mean, they're actually excited to shop with you."