Wine Lovers Design a Lid to Keep Out Bugs 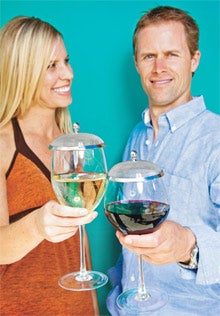 Entrepreneurs: Renée and Greg Plumlee, co-founders of Thirsty Bug Enterprises. Their BevHat is a a mesh cover designed to keep insects out of drinks.

"Aha" moment: After nearly knocking over his wine glass twice while using a napkin as a makeshift cover at an al fresco event, Greg knew there had to be a better way to protect his potables from bugs. He and his wife and co-founder, Renée, wanted something more chic than dirty coasters or flimsy napkins to use as covers for their glasses. The two oenophiles conceived the idea in 2008 but sat on it for a year, unsure of putting their savings into such a venture during the economic downturn. In 2009, they moved forward, investing about $25,000 of their own cash, and in February 2011, they officially opened shop.

What possessed them: Greg researched and discovered there wasn't a product available to solve the problem bugging him and his wife. The next best thing, he says, was to make one. And BevHat would not only meet a consumer need--it would also fulfill Greg's desire to develop a product from scratch and bring it to market. The venture has been entirely self-learned, he says, from finding a manufacturer to designing a website to patenting. The resulting device resembles an upside-down strainer with a knob at the top.

Why? "We wanted something functional, easy to use and inspired by us drinking wine," Greg says. BevHat fills the bill: Because it keeps bugs out of your glass, you don't have to "throw your drink away, drink the bug or stick your finger in and fish it out." 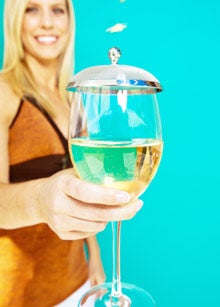 Customers: About 86 percent of the Irvine, Calif.-based company's customers are wineries, wine shops and other vendors; the rest, Greg says, are individuals (mostly female) who randomly stumble upon the product. So far, nearly 3,000 BevHats have been sold in 28 wineries and wine shops in California, Texas, Iowa, New York and Pennsylvania.

Marketing: Greg and Renée work full time and devote their free hours to the venture. Renée is in charge of e-mail marketing targeted to specific wineries. In addition its own website, BevHat has Facebook and Twitter presences. However, Greg says direct contact with vendors--going to wineries, sending samples, making appointments and showing the product--has proved to be the best marketing tool.

Up next: The couple is working on new sizes, colors and designs and hopes to sell 10,000 BevHats by the end of this year.