The Myth of the Business Plan 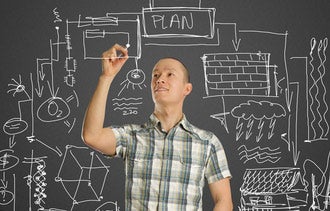 What entrepreneur hasn't been told of the need for a written business plan? But most, when asked whether they have one, would cast a guilty look at their shoes. Well, fret no more. Continuing research at Babson College, regarded as having one of the top entrepreneurship programs in the country, finds no statistical correlation between a startup firm's ultimate revenue or net income and the supposedly requisite written business plan.

"Some of the heroes of today's would-be entrepreneurs, such as Steve Jobs, Bill Gates and Michael Dell, did not have business plans in hand when they embarked on ventures that changed the world," the study noted. The research debunked the business plan more than three years ago, but the myth lingers.