"I think there are tons and tons of people who don't buy art," says Jen Bekman, founder of 20x200, "because no one's tried to sell it to them." The art world traditionally keeps the teeming masses at arm's length. Not Bekman, who launched the website 20x200 in 2007 to engage the masses, even the ones who're just looking for something--gasp!--to go with their couch. 20x200 democratizes the experience of buying art by selling limited editions by artists both emerging and established. The pieces range from $20 to $5,000. From the comfort of home, potential buyers can flip through the site's more than 400 prints and photographs by price, category--animals and typography are popular--or color.

As with any pioneer, Bekman's venture was initially met with incredulity. The art world was late to online marketing and e-commerce, but 20x200 proved the profitability of the intersection between art and tech. Two years after it launched, 20x200 received almost $900,000 in venture capital funding and jumped from $1.6 million in revenue to $2.7 million in 2010.

Since then tech-driven art startups have become a New York-based trend. ArtWeLove, ArtStar and Exhibition A also sell limited-edition prints online. Backers have invested more than $1.4 million in Art.sy, a Pandora-style art discovery engine and e-commerce site that, as of publication, was set to launch soon. Artsicle, which went live last March, lets subscribers rent artwork for $50 a month. Kickstarter, the crowdfunding site where artists and other creatives have raised more than $75 million for 10,626 projects, has been around since 2009. New York's Arts/Tech Meetup currently has more than 1,700 members. 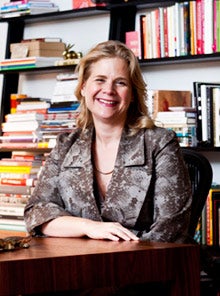 Bekman notes two reasons for the industry's paradigm shift and the parallel mushrooming of creative entrepreneurship. The first is the digital technology that makes it easy to establish a site. "The beginning of this century is really the first time it was possible for people to build websites and sell things without having to hire a whole team," she says. 20x200 was already a million-dollar business before she hired a full-time developer.

There's also the increasingly zeitgeisty notion of selling sophistication to a broad audience. Bekman cites J. Crew CEO Mickey Drexler, who disseminates elite fashion ideals to a world of Everygirls, as one of her entrepreneurial inspirations. "This determination to not dilute the quality of a thing just to reach a broad audience," Bekman says, "this is what entrepreneurs I admire tend to have in common."

20x200 is on track to double its revenue in 2011, and the more than 200 artists represented by the site get a nice piece of the pie. Their 50 percent cut is the traditional gallery split, but at 20x200 their work stays up longer and more potential buyers are browsing. So far the site has sold more than 120,000 prints. The result: a predictable income for artists, many of whom are relative unknowns. Bekman finds them at gallery shows, student shows, online and through her annual photography competition, Hey, Hot Shot!

The shifting online landscape seems to be catalyzing a changing brick-and-mortar scene, too. The Lower East Side now has as many galleries as the traditional New York art star neighborhood of Chelsea, and the growing emphasis is on up-and-coming artists. That's a start for Bekman, who opened her eponymous gallery on the Lower East Side in 2003. Her vision is to make everyone a collector and to present an ever-increasing range of opportunities for artists.

"What I'm interested in doing is nothing less than enabling a new economy," she says. "It's one where people collect art and talk about those collections in the same way they talk about what books they're reading or what movies they're seeing or what handbag they're buying. I really want having an art collection to be a part of everyone's life."

5 Psychology-Backed Tips for Earning, and Keeping, a Prospect's Trust