Why Artists Are Buying into Chattanooga

Chattanooga, Tenn., may be most famous for its choo-choo, but it's another engine entirely that's fueling much of the Southern city's renaissance. A number of initiatives have attracted and retained Chattanooga's working artists, helping them buy property, learn business basics and work with like-minded creative entrepreneurs.

"One of the great things about Chattanooga is that we are a city that really understands partnerships and collaboration," says Helen Davis Johnson, co-founder of CreateHere, a 4-year-old nonprofit that promotes culture, entrepreneurism and the arts.

CreateHere's MakeWork program awarded individual artists up to $15,000 to buy property in the Main Street District neighborhood (also called Southside). Once wholly residential, the area is now mixed-use, with both foot traffic from locals and a draw for tourists. Thanks to MakeWork and its domino effect, the Main Street District is now home to a glassmaker, a collective local art gallery, a papermaker, an artisan sausage maker, painters, sculptors, screen printers, fashion designers and others. A total of 85 artists received grants through the program. 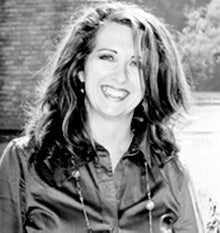 Other ongoing initiatives to foster economic and business development include programs that teach business planning and personal finance, and, more important, Johnson says, offer a group of peers on whom they can rely for advice. The idea was to fight what happened in SoHo in New York, Bucktown in Chicago and other cities across the country where artists gave new life to a struggling part of town only to be priced out once it got popular. "We wanted the artists to see the revitalization," she says.

Glass artist Christopher Mosey has had a studio in Chattanooga since 2001. He bought property in the Main Street District in 2007. Although he didn't avail himself of the MakeWork program, he has benefited from the advantages of living and working in a creative center.

"I can't tell you how many times we wander through each others' studios. We see each other grow and get better," Mosey says. "This is one of the most creative atmospheres I have been in since school [at the Appalachian Center for Craft]."

Thanks to this community, Mosey has been able to tweak his business model to thrive despite the economic downturn. In addition to creating his own work, he offers tourists and others the opportunity to blow their own glass ornaments--an experience, he says, that makes their eyes light up and appreciate the craft of glassblowing."It really helped my businesses grow," he says.

"This neighborhood started as being looked at as an artsy, funky area. Now it is a tourist destination."

That's good for locals, Johnson says. "We know that artists' interest in staying here increases when they see that they can use their talents in Chattanooga. We are a real, solid 21st century creative hub."