Three Reasons a Buyer Might Pay More for Your Business

Before you decide to put your business up on the block, make sure you fully understand how much what you're offering is worth to buyers.
Next Article Add to Queue
Sam Hogg
Magazine Contributor
Entrepreneur Contributor
December 7, 2011 3 min read 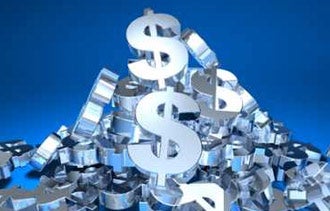 A friend approached me recently about selling his manufacturer's rep company. He has done well being a middleman between a dozen buyers and suppliers in the automotive sector. Though the business is real (with revenue, expenses, etc.), we're perplexed about how to sell it. All he would be selling is himself and his relationships.

There are lots of successful businesses that can't be transitioned with a sale. Building startups with the goal of an exit means knowing what you have to offer and what it is worth to a potential acquirer. There are many motivations for businesses to acquire others, but most boil down to the following:

Money. Cash opportunity drives purchase decisions, but it is not enough on its own. Buyers look for recurring revenue, or revenue that will occur with high predictability. Things like subscriptions or long-term contracts are good indicators of recurring revenue. A quick way to value what your recurring cash streams are worth is to divide them by the rate of an investment of comparable risk. If your company can put $50,000 in the bank every year with total predictability and the going rate of return for a similarly predictable investment is 5 percent, that cash stream is worth roughly $1,000,000, or $50,000 divided by 5 percent.

Market. Call it brand, market share or customers--it's all the same. While there is no simple way to quantify what your customers are worth, a little bit of math can shed some light on it. For instance, Yahoo offered to buy Facebook in 2006 for a reported $1 billion, long before the fledgling social media platform had made a nickel. At the time, however, Facebook had roughly 20 million users. By quick math and assuming no growth, Yahoo would only need to shovel $50 worth of ads to each user in a lifetime to make good on that bet ($1 billion divided by 20 million). In 2006, Yahoo users were yielding the company about $35 per year in ad revenue, meaning if they retained the Facebook usership (ignoring overlap) they would return their investment in less than two years.

Competitive advantage. The most nebulous thing a buyer pays for is competitive advantage, which comes in many forms--such as technology, trade secrets, talent and know-how--that are nearly impossible to valuate internally. In the mind of a buyer, however, it almost always comes down to make vs. buy. Your patented knowledge is worth whatever your nearest competitor would pay for it, which is directly related to how much it would cost to replicate, hire or work around.

It's rare for a business to be acquired based on only one of these three elements. As startups mature, their value typically expands to a combination of all three. What is crucial is that founders recognize very early that they are building a business to sell. For instance, companies built to sell will invest far more in processes that automate and simplify, acquire customers and protect competitive advantages than relationships and training (which could be lost as people come and go).

Building a company to sell requires investing in elements that a buyer can quantify via valuation. Being profitable doesn't automatically make you salable. A mentor once told me, "Build value in things and let everyone else engineer returns." Invest in areas that contribute to your business's cash flow, customers and competitiveness and you'll be in the black when it comes time to sell.

How a Personal Commitment Helps Your Business Grow

Ready for an Uplevel? Here Are 4 Steps You Should Take to Finish the Year Strong

3 Revenue-Generating Activities for Your Virtual Assistant

Live Streaming Video: What It Is, Why It Matters and How It'll Quickly Grow Your Brand