How to Create a Succession Plan for a Franchise Business

By Jason Daley December 2, 2011
This story appears in the December 2011 issue of Entrepreneur. Subscribe »

When Glenn and Martha Dodd opened their Fastsigns franchise in 1994 in Houston, their goal was not to create a family legacy. They expected that their children, Helen and Philip, would chart their own courses in life. But as the kids grew up and began working in the store after school and in the summertime, it dawned on the Dodds that Fastsigns might be a viable career path for the whole family. 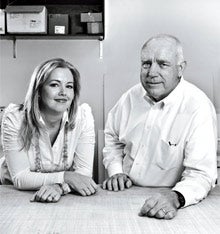 "When we started, having a family business was not an objective," says Glenn, who eventually opened a second Fastsigns franchise. "We wanted to find something we enjoyed doing, and Fastsigns was a really nice fit. I won't say I was surprised when my children showed interest in the business. It just sort of evolved that way."