What the Failed Deficit Deal Could Mean for Small Businesses

By Diana Ransom November 22, 2011
Opinions expressed by Entrepreneur contributors are their own. 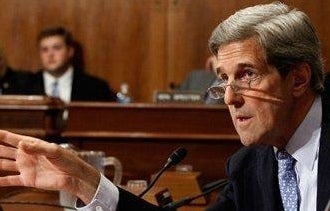 A special Congressional debt-reduction committee failed to reach an agreement on how to cut the U.S.'s billowing deficit yesterday evening -- a turn that could bode poorly for everyone from defense contractors and entrepreneurial grad students to U.S. businesses operating abroad and small-business loan candidates.

After vowing this summer to trim at least $1.2 billion from the deficit between 2012 and 2021, the bipartisan Congressional "supercommittee" that was heading up the effort announced yesterday evening that it would fail to reach a consensus by its deadline, Nov. 23. As a result, automatic spending cuts to defense and nondefense programs in that amount are scheduled to go into effect in 2013.

Among others, federal agencies like the U.S. Department of Defense and the U.S. Small Business Administration, as well as subsidies to lower income Americans could get a haircut. Those cuts, which don't apply to entitlement programs like Social Security or Medicaid, would derive from both limiting agencies' discretionary spending and cancelling mandatory budget resources for nonexempt programs -- a process known as sequestration.

Some members of Congress are attempting to offer legislation that would undo the automatic spending cuts. However, President Barack Obama and other members of Congress have indicated that they would not support a measure that would overturn the Budget Control Act of 2011 -- that is, the law that authorized the automatic cuts. Still others are looking to next year's election to provide an antidote to the spending cuts -- suggesting that the party of the victor could have the upper hand in future debt debates.

Even as lawmakers have a year to offer legislation that would prevent these onerous cuts, if the stalemates of late are any indication, a Congressional compromise will be a tough sell. As such, here are five ways the current spending cuts could hit small businesses:

Electronic Arts (EA) Gains As Market Dips: What You Should Know