What's Hot in Venture Capital in 2012

Colleen DeBaise
January 19, 2012 min read
Opinions expressed by Entrepreneur contributors are their own. 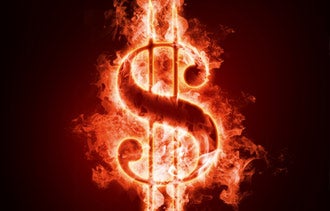 Raising money can be a daunting task. But it helps if you're in a hot sector that venture capitalists like.

At Wednesday's "State of the Union" Venture Capital Lunch Club, an annual panel discussion held at law firm Chadbourne & Parke LLP in New York, a number of investors offered their predictions for this year's buzzworthy industries. Here's a rundown:

Big Data – Like last year, VCs will continue to be drawn to startups in the so-called "big data" space, according to Peg Jackson of Gridley & Co., a technology investment bank. In previous years, investors were keen on data companies that could collect and manage data; now, the attention is on startups that focus on "the predictive nature of data," she says. In other words, ventures that help corporations analyze today's mountains of data for patterns and trends will likely be in demand.

Along those lines, Ed Goodman of Milestone Venture Partners, an early-stage VC fund, predicts more investments in "big data companies that can make health-care information actionable," such as startups that connect urgent-care patients to specialized doctors in their area, and social-media applications that can be used by businesses.

Machine-to-Machine – Goodman also sees more money flowing into "machine-to-machine" communications. As an example of a product in this sector, he cited sensors on home fuel tanks that will signal to oil-delivery companies when they need refilling.

"Internet of Things" – Owen Davis from NYC Seed, another early-stage firm, also foresees more interest in Internet-connected devices that collect and communicate data, something players in the space refer to as the "Internet of Things."

Software as a Service – Jeanne Sullivan from StarVest partners, a technology VC firm, says "software as a service" or SaaS will continue to be in demand, as will financial technology, known by the buzzword "fintech." She also noted that there's a better chance for venture-backed companies to be acquired than to go public these days. "The M&A market is where all the fun is," she said.

The panel was moderated by Lori Hoberman, who heads up Chadbourne & Parke's emerging-companies/venture-capital practice in New York. Hoberman noted that clean or green technology, a sector that has received large rounds of funding in previous years, wasn't mentioned by any of the panelists, possibly because the industry requires too-huge upfront capital outlays.

One other topic of discussion on the panel was Facebook's expected initial public offering this spring. Randall Smith, a reporter at the Wall Street Journal who covers IPOs, said the chatter in coming months will be about whether Facebook – or other social-networking sites, for that matter – are "passing fancies" or sustainable businesses. "That will be the debate of the year," he said.