By Mikal E. Belicove February 23, 2012
Opinions expressed by Entrepreneur contributors are their own. 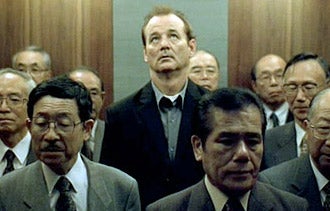 The "language of business" is based around the common denominator of currency. Business decisions are made on whether that currency will make you more currency, cover your expenses and leave enough for expansion. But in today's atmosphere of global trade, the language of business has become a literal term.

As more non-English speakers find themselves in need of your products or services, your business may find itself in need of a translation service. One quick solution for tweaking your site's content for foreign audiences is to turn to those handy "translation" widgets, which automatically translates content into other languages.

But there's a problem. Website translation widgets are unreliable, often producing content that's littered with incorrect word usage, grammar and punctuation, and that can inadvertently insult your customers. Think about it. Would you do business with or buy from a site that has inaccurate grammar and is poorly written? Of course not.

Ofer Shosan, CEO and co-founder of OneHourTranslation.com, a site that crowdsources language translation services, says businesses face many challenges when they deal with translation of their website content, including:

While OneHourTranslation.com is unique in its crowdsourcing approach, they aren’t the only firm that provides customized transitions. Translia claims to charge 10 to 30 percent less than competing services and offers 24-hour turnaround of your content. Keylingo specializes in translating legal documents, technical manuals and scientific papers. They even provide on the spot translation services by phone or in person -- basing a translator in your office for the duration of your project. As for OneHourTranslation.com, it has recently developed an app for eBay that enables online sellers to translate their offerings via human translators or machine translation, which increases your products' relevancy on eBay's international sites.

How has your experience been with using translation services? Let us know if your business has improved or not in the comments section.

The Case for Transparent AI