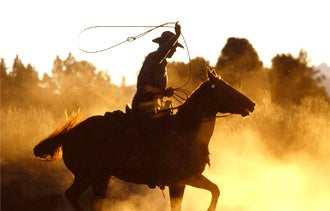 Crowdfunding is now just a small piece of the startup funding pie. Just wait. An imminent law change could transform the donate-to-my-cause-for-a-tote-bag industry into a popular way for small companies to raise the cash they need to grow.

The legislation, which Congress passed yesterday and awaits President Obama’s promised signature, is expected to unleash a wave of crowdfunding platforms, according to a crowdfunding industry organization.

“There will be a significant number of equity-based crowdfunding platforms in the next years -- probably hundreds and hundreds,” says Carl Esposti, the founder of the Los Angeles-based Crowdsourcing.org.

The crowdfunding provision was just one of several in the JOBS Act (named for the acronym for "Jumpstart Our Business Startups") aimed to make it easier for small businesses to gain access to capital, grow and hire. Crowdfunding is a way of raising money that involves securing small sums from a large group of individuals. In recent years it has become more mainstream thanks to the likes of websites including Kickstarter, Indiegogo and Kiva.

The soon-to-be law will allow entrepreneurs to raise money from nonprofessional investors and give away equity stakes in exchange. Until now, crowdfunding has been used mostly to raise funds for artistic projects. (Think: Record a music album.) Project leaders offer perks (perhaps a tote bag or autographed CD) in exchange for donations. Businesses have been able to "crowdfund" in exchange for equity, but only among accredited investors (such as angels) with more than $1 million in assets, excluding the value of a primary residence.

“It clearly has an enormous potential for new capital formation,” says Esposti. “There is no doubt that it will create a new way for smaller organizations to raise capital very quickly and more cheaply.”

Going forward, crowdfunding sites will have a decision to make about their structure. Those that want to allow businesses to raise money by selling equity to investors will have to register with the U.S. Securities and Exchange Commission. The SEC has 270 days from when the legislation is signed to establish rules.

San Francisco-based crowdfunder Indiegogo is still deciding whether to register, according to CEO and co-founder Slava Rubin. “We need to make sure this works for our customers,” he says. New York City-based Kickstarter, the largest donation-based crowdfunding company according to Crowdsourcing.org, declined to comment.

Related: How to Raise Cash With Crowdfunding

One crowdfunding entrepreneur expects that all the new platforms won't last. “Down the road, the large number of platforms that you see pop up will thin out again,” said Candace Klein, founder and CEO of SoMoLend, a small-business crowdfunding site based in Cincinnati, Ohio.

The new law is also set to increase the pool of people who can invest in small companies. Under the law, anyone will be able to invest in companies, not just accredited investors. How much an investor can sink into a venture will depend on the individual’s income and net assets, according to the pending new law.

Concerns over investor protection voiced by the SEC, among others, reined in provisions of an earlier House version of the measure. Back in June 2011, the SEC made clear its view of unregulated crowdfunding activity. When Michael Migliozzi II, a 45-year-old California resident, and Brian William Flatow, a 41-year-old Connecticut resident, tried to crowdfund the purchase of Pabst Brewing Co., they were shut down. The BuyABeerCompany.com website offered a portion of the company in exchange for investment, in addition to some beer. Launched in November 2009, BuyABeerCompany.com raised more than $200 million in pledges from more than 5 million individuals by February 2010.

“The case was a stark reminder,” says Washington, D.C., securities lawyer David Lynn, a partner at Morrison & Foerster, a San Francisco-based law firm. “You have to comply with the securities laws.”