Stay informed and join our daily newsletter now!
Patrick J. Kiger
May 13, 2012 5 min read
Opinions expressed by Entrepreneur contributors are their own. 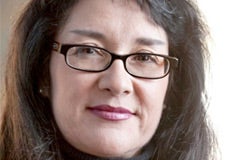 In November, I wrote about Pittsburgh's Experienced Dreamers contest for entrepreneurs 45 and older. The former smokestack city offered a $100,000 prize to the out-of-town entrant with best idea for locating a new business, philanthropy, or artistic endeavor in Pittsburgh.

Lojacono's goal is to provide intellectual stimulation for older people and to help them tap their creativity.

"I like to show people that they're still able to create," she says. "We're offering something a little more intellectually challenging for them than painting between the lines, and a lot of them really like that. We have older gentlemen who sign up for our classes who wouldn't do crafts." You can read an excerpt of her application for the award here.

For Lojacono, her second act in Pittsburgh actually is a homecoming. A native of Pine Township in the city's suburbs, she earned a degree in fine arts from local Carnegie Mellon University, and lived in Pittsburgh until 1991. The seeds of her current venture actually were sown back then; one day she stopped at a flea-market sale held by a local nursing home and suddenly had the inspiration to volunteer to make clay sculptures with residents. "They let me move my kiln into the basement, so that we could fire the pieces," she recalls.

After moving to western New York in search of a new perspective, Lojacono became an art educator and administrator, and then got married and took a break from her career to raise her children, now 10 and 12. But her urge to work with the elderly persisted, and eventually she started Fine Art Miracles.

Lojacono's approach is to offer her clients a bigger dose of intellectual and creative stimulation that they get from most therapeutic activities. She incorporates art history and a lot of visual aids into her classes. After showing participants reproductions of Georgia O'Keefe's floral portraits, for example, she invites them to create their own versions on black art paper. She'll provide as little or as much assistance as her students need.

"We find that even people in their eighties and nineties are interested in learning something new," Lojacono says. "I've developed a lot of respect for their intellects."

Part of her job is helping people who haven't previously tried making art to get over their perception that it's an activity only for a creative elite. "They'll say, I can't draw a line with a ruler," she says. "I'll say, 'that's great. I don't want any straight lines in here.' We start with a blank sheet of paper. What I find, though, is that when I help them to draw, pretty soon they're sitting up straight and smiling."

Her students often are surprised, she says, when she points out characteristics in their projects that evoke works by famous artists. "I'll say, 'Let me show you a Jean Miro or a Modigliani, that is similar in some ways to what you've done.' And I'm not just saying that to them to be nice. There is this great, untapped wealth of creativity and talent in people in nursing homes and assisted living centers. Our goal is to bring that out."

Lojacono plans to hire others to continue her classes in New York state, while she moves to Pittsburgh and launches an ambitious effort to expand Fine Art Miracles into a national enterprise that can serve older Americans across the United States. Part of her strategy will be to train art teachers, both directly and through a training package that she hopes to market to the activity departments of assisted living facilities and nursing homes.

Lojacono and her husband are searching for a new home and plan to move to Pittsburgh later this year.

Her concept of using fine arts for mental stimulation and enrichment for the elderly has strong precedents. Last March, I wrote a blog post about I Remember Better When I Paint, a documentary about how the late American painter Hilda Goldblatt used art to express herself as a nursing home patient, despite the ravages of Alzheimer's disease. The late pioneering gerontologist Gene D. Cohen, in his 2001 book The Creative Age: Awakening Human Potential in the Second Half of LIfe, made the case that art is a powerful tool for improving the quality of life for elderly people.

A group of Pittsburgh-area government and community organizations, among them the Heinz Endowments and the Jewish Healthcare Foundation, sponsored the 2011 Experienced Dreamers contest. Pittsburgh leaders decided to hold the contest, in part, because of a 2009 survey that put the lie to the notion that cities must rely on young residents to drive growth, said contest spokesman Shawn Bannon. If Pittsburgh can attract 1,250 entrepreneurs age 45 and over who are eager to reinvent themselves, the study concluded, the city would realize an economic benefit of $2.5 billion over the next two decades.

"We're talking about people who can be models and mentors for those young people we've been working so hard for so many years to attract," Bannon said when the contest was announced. "They bring with them experience, wisdom, leadership skills, and a host of other qualities that are critical for the health of a region."