By Carol Tice May 24, 2012
Opinions expressed by Entrepreneur contributors are their own. 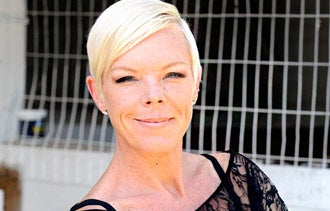 If you don't like the atmosphere at your business, a recent episode of Tabatha's Salon Takeover offers a primer on how to turn it around. If you don't know the Bravo reality show's star, Tabatha Coffey, she's an edgy, black-clad, white-blonde, brutally frank Aussie salon-business consultant who overhauls failing shops.

People kept telling me to check out this show, and I'm glad I did. Coffey puts the reality in reality TV. She doesn't care whose feathers get ruffled if she can fix a dying business. In the episode I caught, she arrives at Earth Moon Sun, a salon in upscale Western Springs, Ill, that's fallen $500,000 in debt. Owner Janeen Nufer has floundered since her sister and business partner, who led the hairstylist team, left her flat.

Since then, the atmosphere devolved radically. Employees and managers shout across the salon and berate each other. Workers eat while talking on the phone to customers, belch at the front desk, and drink on the job. Unsurprisingly, customers come in. . . but they don't come back.

Here's how Coffey turned around this sorry scenario and helped instill a culture of professionalism and respect:

Coffey is a rock star in the salon world. Haircutters about fall down when she walks in. This helps with Coffey's shock-and-awe approach to revamping the business.

Bravo's so happy with the show it morphed it into Tabatha Takes Over for season four, in which Coffey fixes all types of businesses. Makes sense to me, since her back-to-basics business advice is equally relevant to any business with employees. As her memoir says, It's Not Really About the Hair.

What would you like to change about your company culture? Leave a comment and tell us your gripe.