15 Rules for Talking Business Over Drinks 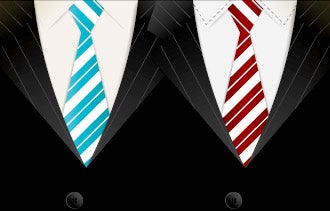 Meet for drinks? Great! But if you don't want to see your pitch become a punch line, take care not to let the booze and casual atmosphere wreak havoc on your business judgment.

Pretend you are not in a bar.
The bar will impose its riches upon you: drinks, atmosphere, etc. If you're going to get any work done, concentrate on business, and let the bar do the rest. The bar should be thought of merely as neutral territory inhabited by people who bring things to you. The bar is not a topic of conversation. Drinking is not a topic of a conversation. Because those things aren't about business. They're the opposite of business.

Do things earlier.
Everything should happen sooner than your counterparts expect it to happen. You should get there before they do. You should introduce business earlier than seems appropriate.

You should wrap things up faster than seems suitable. Because if you do things early, you have control. Early is a virtue.

Act like you have a minority stake in the place.
Respect the bartender. And the host. And the cocktail server. And the restroom attendant. And the valet. Because for tonight, these are your people. They are your assistants. You want the bar to be slightly more yours than your counterpart's.

Hesitation kills (the momentum).
Never hesitate while ordering a drink. Never review a menu. Never read the big chalkboard above the bar. Just order something you know they have. You wouldn't waste time if you were in a conference room. You shouldn't waste time in a bar.

Eyes!
The worst thing I've ever seen someone do in a meeting at a bar is not look me in the eyes … the entire time. No business was done that day. No business was ever done with him. Anyone who doesn't look you in the eyes is either ashamed of something or intimidated by something to the point of being abashed. And in business, the bashful are to be avoided.

Posture!
Square up. Even if it seems friendly, even if it's with a colleague, all business meetings are confrontations of a sort. So, square up. Sitting up straight is evidence of a backbone. It is also evidence that you're not so inebriated you can't conduct business.

Consider taking notes on a napkin.
Because, just maybe, you're inebriated. And because then you can always say: It all started by writing something down on a napkin in
a bar (see: Southwest Airlines).

Moderation!
When it comes to doing business in bars, weak drinks are helpful drinks. Something and soda. Like that. The weaker your drink, the stronger your position.

Moderation, Part 2!
The second worst thing I've ever seen a counterpart do at a bar meeting is spill a full glass of beer all over himself because he missed his mouth when he went to take a drink. It was a breathtaking combination of misjudgment, humiliation and moisture. It was the worst thing I've ever seen happen to someone in a bar, and I've seen bad things happen to people in bars.* A couple of lessons from this: 1. Maybe drink beer from a bottle. That way if you miss your mouth, you won't spill the entire contents of your beer all over your chest. 2. Maybe don't drink so much that you miss your mouth when taking a drink.

Thy cocktail shall be clear or brownish.
Since what you're up to is serious, you should have a serious drink.

All clear or brown drinks are serious drinks.

Thy beer shall be brownish.
Because beers are not clear.

Order your own drink.
"I'll have the same" is weak. Unless that is exactly what you would have ordered. In which case, it is a coincidence.

But do not order your own drink if your drink is not a serious drink.
"I'll have an Açai-tini." No. No stupid martinis. Ever. If it ends in "-tini," it needs to begin with "mar-." All other -tinis are not actually martinis and do not suggest a serious drinker, a serious person or a serious business partner. (Bonus: The descending order of appropriate drinks for business meetings: 1. Any of the following: martini; whiskey and something; whiskey; something and soda; something and tonic; beer; something with the word "sling" in it.
2. All other drinks.)

Immediately forget everything except the business.
Things are said when drinking. Things are dropped. Things are flirted with. Things are betted. Those things are to be forgotten. Anything that happens aside from the business discussion is never to be spoken of again. The accidental insult. The spilled secret. The spilled beer. All that is to be dismissed. What's to be remembered is whatever is on the napkin--the literal one or the metaphorical one. Because of the many virtues of doing business in bars, discretion is the most important.

*It was the most embarrassing thing I've ever seen happen to someone in a bar. Spilling an entire beer on oneself is unrecoverable--during a business meeting or at any other time.