In Business, There's No Such Thing as an Accident 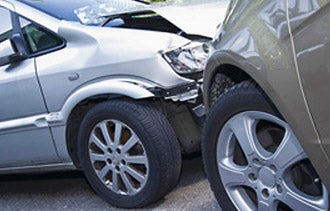 “There’s no such thing as an accident,” the old saying goes. Examine this notion that all accidents are preventable, and you’ll discover it’s often, though certainly not always, true.

To make the point, take a hypothetical tire blowout on a small-business delivery van. It occurs on a congested freeway and ends in a multi-car crash that seriously injures six people, including your employee. What led to the blowout?

It’s not hard to see how this particular tire might never have been on this van on this road at this time, and thus no blowout and chain-reaction injury accident would have occurred. Yeah, you might retort skeptically, but who could have foreseen this unlikely chain of events leading to such an outcome?

The difficulty and inherent unwillingness of human beings to “imagine” such scenarios and then prepare for low-likelihood, high-impact events in the future are precisely what trip up businesspeople time and again, write Howard C. Kunreuther, professor and co-director of Wharton’s Risk Management and Decision Processes Center, and Geoffrey M. Heal, a professor of economics and public policy at Columbia University, in a June 2012 paper for the National Bureau of Economic Research.

What factors work against people and businesses protecting themselves against such possible events? Kunreuther and Heal postulate several, including:

‘I won’t let that happen to me’

Risk underestimation, similar to discounting future events, is a key error that can occur in decision-making among individuals and businesses, notes Yale law professor Christine Jolls in a 2009 interview published in Qn, a publication of the Yale School of Management. Jolls cites studies in which people were presented with a future risk that has been specified as having a 1 percent chance of occurring. Evidence indicates that most people will believe theirpersonal risk is well below 1 percent. Jolls refers to this as “unrealistic optimism,” and describes how such an erroneous assessment can create substantial problems.

For example, some critics of workplace safety laws object to them as paternalistic and suggest that warning employees of workplace dangers should be enough. However, Jolls cautions that such warnings alone, because of our human proclivity for unrealistic personal optimism, may lead some to underestimate their personal risk.

Lack of specific workplace risk evaluation and the failure to create and enforce explicit, non-negotiable work rules can clearly elevate risk for the employee and, by extension, for the business owner.

It could be useful to review your business’s disaster assessment and plan against the behavioral factors identified above. Does your plan accurately and fully account for all possible risks, especially those of low probability and high impact, as realistically as they can be expressed? If not, what changes would you make to the plan and, more important, what additional resources might you have to apply over time to ensure it is fully funded? The time and cost to do this work may seem daunting, but the risks — and disasters — avoided can make it well worth the effort.